After talking to multiple people at all levels of the game industry at GAMA Expo 2020, I had intended on writing an article on the effects of the COVID-19 virus on the game industry, but I'm not yet ready to do so. Others are already out there with their plans, though, so let me share some of those while my thoughts stew in the pot a bit longer.

• HABA USA has announced on Facebook in a private industry group its plan to be a retail hero and support outlets that might close temporarily for whatever reason they might do so. From representative T. Caires:
Quote:
We're introducing a new program for retail stores where if a consumer places an order on http://habausa.com and enters a store's coupon code at check out (coupon codes given to opted-in retailers), the retailer will earn 20% of that order. We will either credit a retailer's HABA account, or send them a rebate check. The first checks will be sent April 15th.

If you are a retailer partner and would like to opt-in to this program with your existing HABA account information, please let me know. If you are not an existing HABA customer and would like to place a qualifying order of $250 to join the program, please let me know.
I'm not including T's email address in this post, but if you represent or work for a U.S. retail store, you can likely figure out how to get in touch with HABA USA. 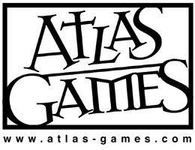 • Somewhat similarly, Atlas Games is introducing a program called "Friendly Local Game Drop" that works as follows:
Quote:
The program allows game stores to sell select Atlas Games products to their customers at a store cost of 25% off suggested retail price. Atlas Games will then dropship the products from their warehouse directly to the store's customers. The Friendly Local Game Drop program is designed to let stores retain their customers and sales without having to manage mail-order and delivery logistics during a time of widespread social distancing.

The current Friendly Local Game Drop product list includes Atlas Games' best-selling titles, including Gloom, Once Upon a Time, and Godsforge. Additional products will be added to the program in the coming days and weeks. 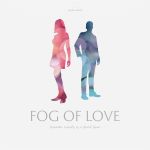 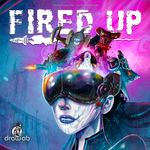 • Hush Hush Projects has set up an online store for Fog of Love, with the buyer being able to name a brick-and-mortar store in the U.S. and have 20% of that sale be directed to that retailer.

• Greek publisher Drawlab Entertainment is offering a similar deal: "20% to the retailer of your choice for anything you buy from the Drawlab Entertainment website". Adds Evangelos Foskolos, "Just write their name in the notes section of the order and we'll send the money their way. Plus we will add a small something as a token of appreciation to the generosity towards the industry." 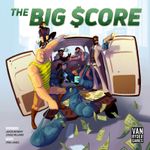 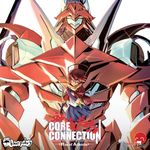 Place an order today, and in the comments of your order, tell us what store you want to support. We will contact that store and PayPal them 50% of your order. Consider this a wholesale order placed directly through that store, and this is our way of bringing a sale to that store, to bring them a little bit of income.

• Luma Games, a Canadian company that distributes titles in North America for mostly European publishers, has announced in that same group that it's holding off on new releases in the U.S. through its Luma Imports division until further notice. An excerpt of the post from Luma's Colin Young:
Quote:
I know there is a lot of legitimate concern about the future right now, as we all try to find the best way forward as businesses, as players, and as people.

To that end, Luma Imports is announcing that we are postponing all new releases indefinitely. There are many retailers that are closing either their event space or their entire retail space temporarily to deal with the Covid-19 situation. We would sooner halt our releases and have them at the ready when these restrictions begin to ease up to encourage customers to come back to their welcoming spaces.

Folks, this is the largest and most striking example of a co-operative game being played out in my lifetime, and likely many of yours. I do not say that glibly. Remember those gameplay lessons: play safely, play responsibly, and play with the rest of your extended team in mind.

• UK Games Expo has moved its convention from May 29-31 to August 21-23, with the show taking place in different halls than originally planned due to other events being conducted in that space during that time. The show organizers note that any visitors or exhibitors who can't attend during those dates will be offered a full refund, and they apologize for re-scheduling UKGE on the same weekend as Tabletop Scotland, noting that the choice was this weekend or nothing.

• Along similar lines, Unpub 10 has been moved from May 22-24, 2020 to August 20-23, 2020. Here's part of a note from the organizers:
Quote:
In order to accommodate this new date, we will not have access to the ballroom until 7pm on Thursday 8/20. We are looking for alternatives to allow those arriving on Thursday the chance to begin playtesting as soon as possible.

As you know, Unpub is a small organization and we knew there was risk of potential fees when we began to discuss adjusting the date with our venue. While we would have no issue covering these additional costs to ensure everyone in our organization (including you) was as safe as possible, we are very grateful that Marriott worked with us. They not only provided multiple options but also waived all fees associated with these changes. We have been very lucky that they are working with us so that we do not have to outright cancel.

In addition to the date changes, the hotel has provided all of us a lower nightly rate than originally quoted.
Expect to see many more announcements along these lines. BGG had anticipated attending Tokyo Game Market in late April 2020 to record game overview videos, but we cancelled our plans at the end of February 2020 after learning that the Osaka Game Market on March 8 had been cancelled and after seeing quarantines and flight restrictions put into place. The April 2020 TGM hasn't been cancelled yet, and I do still plan to create a convention preview for that show to highlight titles that we'll likely all end up missing out on.

LeiriaCon in Portugal initially moved its convention from March 2020 to May 2020, but as of March 16, it's cancelled the event, noting that the current difficulties will still likely exist in May.

• To encourage your self-distancing efforts, Greater Than Games is offering free downloads of Sentinel Comics: The Roleplaying Game – Starter Kit, the two one-shot adventures for that RPG system, and the book Cheapass Games in Black and White by designer James Ernest. Visit the GTG website in order to download these items.

• The Top Secret: New World Order RPG and related items can also be downloaded for free, specifically from Drive Thru RPG. 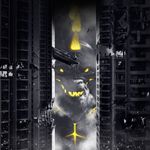 • Finally, IELLO had planned for a worldwide launch of King of Tokyo: Dark Edition on April 24, 2020, but a representative for IELLO USA has noted the following in a private industry group:
Quote:
This global crisis has necessitated that our French partners completely cancel their planned release of King of Tokyo: Dark Edition for the foreseeable future. The plans we have made for a worldwide release of the game are no longer viable, and the current situation requires each of us to adapt.

King of Tokyo: Dark Edition is in our warehouses in Fort Wayne, where our small warehouse staff continues to work diligently and in the safest possible conditions to fill orders taken at GAMA Expo and to make sure our distributors continue to receive the stock they need. With the cancellation of our planned worldwide release, and with the importance of entertainment in this trying time, we have made the decision to ship King of Tokyo: Dark Edition to our distribution partners immediately and allow retailers to sell this product as soon as you receive it.

Brick & mortar retailers may sell King of Tokyo: Dark Edition as soon as you receive it through your local methods (in-store, curbside pickup, local delivery, your STORE website). Online sales of King of Tokyo: Dark Edition, through third-party sales platforms like Amazon, will be release-day gated until 13 APR, allowing brick and mortar retailers at least two weeks to sell without online competition, as we do for all of our titles.
As for what's in the game, here's a sponsored "In Focus" video that gives you a taste: