• Alliance Game Distributors is closing its active warehouses in Fort Wayne, Indiana and Austin, Texas at the end of the workday on Tuesday, March 24, 2020 "in the interest of employee safety and to comply with direction from local governments", says Steve Geppi, CEO of Alliance owner Geppi Family Enterprises. (Warehouses in New York, California, and Pennsylvania had already closed.) "Any orders not shipped by that time will not be processed until further notice. Your dedicated sales team will still be working remotely and help you with any orders you'd like to place today or questions you may have."

Along similar lines, Diamond Comic Distributors, which is also owned and run by Geppi Family Enterprises, will not ship any comics with an "on sale" date of April 1, 2020 or later to stores. What's more, as reported on Bleeding Cool, "Diamond Comic Distributors is requesting that no more product be shipped to any of its warehouses until further notice." Here's an excerpt from a ComicBook.com article on this topic:
Quote:
This is a significant signal towards the future for comics shops around the country. Diamond is the exclusive distributor of new releases from all of the comics direct market's biggest publishers, including DC Comics, Marvel Comics, Dark Horse Comics, Image Comics, Dynamite Entertainment, BOOM! Studios, and IDW Publishing, as well as many of the smaller publishers. Diamond controls such a significant portion of the direct market that the system cannot function as is without the distributor.

• Alliance doesn't have the dominance in the U.S. game industry that Diamond does in the comic industry, but it does have exclusive distribution rights in the U.S. to titles from Asmodee North America, and sometime during the week of March 16, Asmodee sent the following note to its customers:
Quote:
Dear valued retailers,

We hope this finds you all safe and healthy. As the U.S. continues to adapt to the COVID-19 pandemic, we see changes occurring on a daily, sometimes, hourly basis. Due to shelter-in-place orders or other limitations, we understand that stores are closing or adapting to a shopping experience that respects social distancing.

Asmodee USA Distribution has decided that through April 2020, there will be no new releases beyond today's TIME Stories Revolution and Spot it! Frozen 2 next Friday, March 27. We believe revisiting these delayed titles will be beneficial to stores and the industry when people can begin shopping at their stores again.

However, our warehouse remains open at this time. We are committed to fulfilling orders on our full catalog of currently released games for stores that can continue servicing their community. We have found that as households prepare for quarantine, many of the Best Sellers titles have performed well along with games families can enjoy together, so we want to make sure you have that stock if needed.

We are monitoring the situation as it develops, and we want to protect the health and safety of our employees and their families. We will send a weekly update on the status of the warehouse and any other changes that occur.

Asmodee USA wishes you, your families, and your stores the best during these times. If you have questions, please contact your sales representative.
Given the announcement from Alliance, Asmodee's warehouse may or may not be open given that buyers can purchase from Asmodee directly. In any case, even those March 27 releases seem iffy unless (1) they've already been shipped to retail stores and (2) those stores are still open for business.

A representative from a game café in Canada notes that Asmodee has also stopped distribution in that country "because Quebec is closing non-essentials". 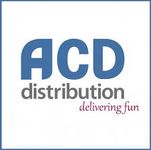 • Tied in with the news above, Wisconsin has issued a "safe at home" order that took effect Tuesday, March 24, which means that the ACD Distribution warehouse in Middleton, Wisconsin is likely now closed as well. (Update, March 25: I've heard that while other ACD warehouses have closed, the one in Wisconsin will remain open as it's been deemed an essential service, a status that product distributors have received in some states but not others.)

One publisher told me that most distributor warehouses have stopped accepting product, "many quite abruptly, with shipments in transit with now nowhere to go". They added, "We have no nationally coordinated plan from the government, so there's going to be a ton of freight in limbo all across the country — not just games, but other consumer goods." (Out with "E pluribus unum" as the United States motto; in with "no nationally coordinated plan"!) 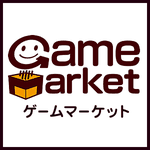 • The Tokyo Game Market event scheduled for April 25-26, 2020 has been cancelled, and here's an excerpt from that announcement, which combines a Google translation with my editing:
Quote:
Assuming that the event would have been held, the Game Market Secretariat knows that masks must be worn, that temperature checks must be taken at the entry points, that disinfecting alcohol must be installed at various locations in the venue, that handwashing areas must be available in the venue, that the shutters must be open. We were considering various measures such as thorough ventilation, the introduction of a fast pass to eliminate the queue that occurs in the morning, entrance restrictions every thirty minutes, and cancellation of trial play. Under these conditions, even if the event were held, it was already thought that it could not be called a game market with the philosophy of "I want to be an event that allows everyone to have fun and naturally care for others."

Most worrisome was the potential reputational damage to board games. If an infection explosion occured in Tokyo and various parts of Japan after the Game Market 2020 spring season, criticism from the surroundings would be inevitable, even if there were no direct causal relationship. If a company is criticized, you can accept it, but if the image of the entire board game community deteriorates, it will not be undone. The purpose of the Game Market, which is to contribute to the development and promotion of board games, should not be a factor in reducing the image of board games.

The pain of self-restraint in the Game Market can be immeasurable, but the potential damage is even more immeasurable. The Secretariat said that at this time, we have to endure a lack of Game Market so that everyone could have fun playing at Game Market in five and ten years.