• In a new game round-up in late March 2012, I mentioned a forthcoming release from Soda Pop Miniatures titled Tentacle Bento, which was described as follows by retailer The Castle's Ramparts: "It's an anime-themed trick-taking card game with more than a touch of hentai to it. Each player is a monster tasked with capturing Japanese school girls, and the more girls the better. After the fourth event card in the deck turns up, the game ends and the player with the most girls wins." On May 8, 2012, Soda Pop launched a Kickstarter project for Tentacle Bento, blowing past its $13k goal in a few days and topping more than $30k after a week.

Then the project was cancelled by Kickstarter.

Why? Protests against the game by two writers – Brandon Sheffield on Insert Credit and Luke Plunkett on Kotaku – that called on people to contact Kickstarter and protest it providing a fundraising home for a game devoted to tentacle rape. (Kickstarter first removed the project from search results, making it accessible only if you had the direct URL, then cancelled it entirely.) From Sheffield's May 14 article on Instant Credit:

Quote:
The style is a cute, lighthearted, pastel-colored look at the wonderful world of forcing your way inside a female against her will. There are, to my mind, a lot of things wrong with this....

Tentacle Bento's Kickstarter success is the product of a society that doesn't take sexual assault against women seriously enough. It shows that enough people think it's "not a big deal". The argument comparing a game about rape to games about violence is limited by the fact that murder is almost universally penalized in our culture, meaning there is a clear line between fantasy and reality there. With rape and molestation, that line is not so clearly drawn, and it results in "cute" games like Tentacle Bento.

I have been told the game isn't overt about its scenarios, and is more about innuendo than obscenity. But there is no doubt where it comes from, and what it's drawing on. And molesting girls "just a bit" or through innuendo does not make the game much better.

Quote:
The "tentacle" genre is a well known cliché in the anime/manga fan circles. This product is one of many products we have designed, or are designing to touch on interesting or odd clichés or themes in popular Asian and Japanese sub cultures that have found their way over to the US. They simple "are", and we wanted to give a snapshot that was true to the weirdness of the subgenre. A tip of the hat to one of the weirdest things I have ever seen come out of Japan, and one of the most "unspoken" of inside jokes within the US anime subculture.
Quote:
Back to our previous response, it is something that "is". The project was an interesting premise, and we test marketed that premise with our target audience with great feedback, we overcame whatever our personal misgivings were and gave it a shot. We felt we dealt with the subject in a funny way to play up the relational iconic images of aliens snatching up humans for nefarious purposes, if those purposes were for eating them up... we wouldn't be having this conversation, the natural inclination of sexualized imagery in some Japanese manga and anime lends to a more lascivious bend, and in the culture, it simply "is".
Sheffield's response: "Cadice says the game is a satire of a 'horrid genre of anime', but I simply don't see the satire. It's cuter, it's lighter, but that does not a satire make. So I am meant to believe that while the game is based on the genre of tentacle rape anime, it is not about tentacle rape. There's clearly a fundamental disconnect between our consideration of inference and implication versus intent." As further evidence of this disconnect, Sheffield points to this demo video from Cadice:

Quote:
Here are a couple of interesting quotes from his demo that seem to negate the clean image of the game he is trying to propose. At the 1:15 mark, he says, "In this case we grab poor sidney, drag her to the classroom, and we have ourselves a 'cram session'." After saying this, he suggestively bites his lip. At 1:53, he says you can "take a sexy student to the headmaster's office, and then get slippery when wet". Does this not imply sexual contact, in his own words?
After Kickstarter cancelled the project, Soda Pop Miniatures moved its funding campaign to its own website and as of this date has nearly matched the $30k total previously pledged on Kickstarter, with many supporters claiming that they've doubled their previous pledges and withdrawn all support from other Kickstarter projects. SPM has the following disclaimer on both the Kickstarter page and its own website: "A note to our sponsors. Tentacle Bento is a mature themed product not intended for sale to children under the age of 17. In the long history of horrible combinations of tentacles and school girls, we have taken a cheeky satire look at the genre to create a silly, if not innuendo rich, product. We are firmly against the depiction of violence against women in any regards."

• In his personal blog, Hiew Chok Sien explores the lifecycle of a gamer, using himself as an example. An excerpt: "This year, it struck me that me exiting the boardgame hobby is a possibility. Not that it is likely in the near future, but this is probably the first time I considered it a possibility at all."

• Writers on the Opinionated Gamers, including yours truly, have presented their educated(?) guesses for the Spiel des Jahres and Kennerspiel des Jahres nominees, which will be announced this coming Monday, May 21, 2012 on the SdJ website. My picks, for those too lazy to click the link, are Africana, Kingdom Builder and Takenoko for SdJ – with Africana taking home the poppel – and Glory to Rome, Hawaii and Village for Kennerspiel, with Village winning this award. Here's why I went with those choices:

Josh [Miller, whose picks preceded mine in the list,] has a decent list of qualifications for SdJ nominees – visually attractive, easy to learn, smooth play out of the box, and vast sales/expansion potential. Africana and Kingdom Builder have all of this in spades. (I’ve yet to play Takenoko, but Antoine Bauza won the first Kennerspiel with 7 Wonders, the components are gloriously appealing, and the game has widespread German distribution, so it seems like a solid third choice.) One element he didn’t mention, but which seems important when viewing previous SdJ winners, is that the nominees tend to straddle the family/gamer line – that is, casual gamers can play them, have fun and do reasonably well while gamers will look deeper, discover more and play better. Again, Africana and Kingdom Builder fit this qualification well. Why choose Africana over Kingdom Builder? Partly due to its contrast with 2011 SdJ winner Qwirkle in that Africana has a realistic thematic setting, and partly due to the German love of travel.

All three of my Kennerspiel nominees – Glory to Rome, Hawaii, and Village – are excellent designs, and all fit the Kennerspiel category of games for connoisseurs as they're more involved that your average game, yet not off the charts in terms of complexity or opaqueness, although GtR might have one foot across that line. Still, I think GtR is an incredible design that goes beyond what you normally think is possible in a card game, and with Lookout Games having released an attractive version in German in 2011, I think it could get the nod.

As for Hawaii and Village, both are straight-up Eurogame designs that present gamers with interesting-to-explore game systems in an inviting setting. They're not too difficult to learn and play, making them ideal for those who have played the basics and want something more. I prefer Hawaii over Village as the money management and tight competition for goods among players makes the game tougher than Village, while also providing a wider range of set-up variability, which kicks your brain in new directions each game. Village gets my vote, however, as it has the homey thematic edge, just as Thurn & Taxis had the home-turf advantage over Blue Moon City in 2006. Yes, your villagers die and sure, that could be morbid for some, but that aspect of the game also encapsulates the broader cultural outlook in Europe, with people viewing themselves as part of history-in-the-making rather than above it, as seems to be more common in the U.S.

Who knows? I could just be blowing smoke... 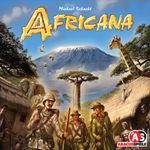 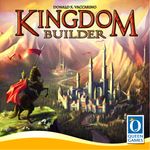 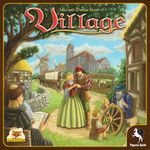 We'll see how well I did in a couple of days...
• To follow up on an earlier post about "The Wheaton Effect", someone at Black Diamond Games, a retail shop in Concord, California, blogs about people coming in to pick up specific titles after discovering them on Wheaton's TableTop online program: "[Fan-based] podcasts have barely moved the needle when it comes to influence, as opposed to TableTop, which can send a small legion of people to hunt for Tsuro after a positive review, an all-right abstract board game with modest reviews that made its debut in 2004."

The writer continues: "The difference, of course, is the celebrity angle.... It also goes without saying that there's a bit of geek resentment to see these kinds of vehicles move geek culture to the mainstream.... As gamers, we spent our childhoods dodging adults who thought our hobby was sinister and peers who wanted to ridicule us for it, plus it wasn't exactly a chick magnet.... To have geek celebs make your struggle popular can be viewed as a denial of that journey through the desert." Really? I haven't heard any resentment addressed at Wheaton and TableTop, other than for repeated rule mistakes and a less-than-stellar presentation of The Settlers of Catan – and that just sounds like geeks being geeks, not an angry mob marching to reclaim their previous geek cred.