Supercharge Potatoes, and Use Triangles to Rebuild Nature

• In July 2019, I wrote about The Dietz Foundation, a non-profit organization founded by Jim Dietz of Jolly Roger Games and Ultra PRO "to produce games which enhance critical thinking, the use of math, and historical knowledge with the goal of generating revenue to endow scholarships for budding teachers and current teachers seeking to bring creative new means of education to the classroom".

The organization's first release was Jason Little's 3 Years of War, and it's on Kickstarter with its second title until September 24, 2020: Supercharged from designers Mike Clifford and Mike Siggins, with this design being a reworking of their Grand Prix Manager from 1992 (KS link). Here's an overview:
Quote:
Supercharged is a game about motor racing in the 1930s for 1-5 players. The system allows for a full grid of cars — not just the players', but also privateers that ran alongside, and usually hindered, the factory teams.

Each player controls two racing teams: one in the top category and another slower team unlikely to win, but capable of reaching the podium and ending in the money. That is important since the game's winner is based on money earned. Winning, though, is adjusted based on the level of cars a player selects, so taking the "best" cars may not be the optimal strategy for victory when the car ability bonus is applied. 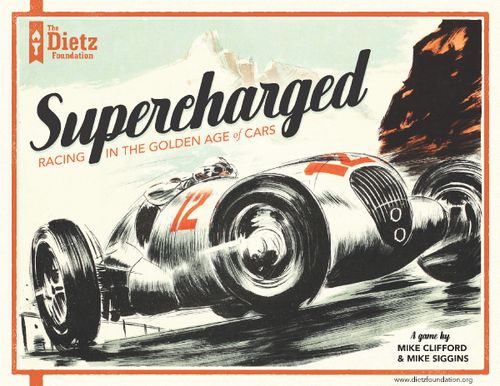 Gameplay is handled with a randomized team draw that determines player order in addition to generating random events; these events emphasize the dangerous and unreliable nature of 1920s and 1930s driving, courses, and early race technology. On a player's turn, cars move a certain number of spaces with the option of slipstreaming, "charging" (which permits multiple bonus spaces if clear track is ahead), and blocking (which can force trailing cars to spin out).

The game takes 45-60 minutes to play a race, and games can be combined into a multi-race contest or even a full season if the players wish.

• I'm writing about this title just a bit after the end of the Kickstarter campaign (link), but better late than never, I suppose.

Plantopia: The Card Game is a 2-5 player game from Daryl Chow, co-designer of The Artemis Project and Remember Our Trip and head designer of the Singaporean publisher Origame. Plantopia is based on the Instagram comic series Life of a Potato, and it plays as follows:
Quote:
In the game, players harness their gardening abilities to contend for the coveted title of Plantopia's "Champion Gardener". Manage the plants in your hand and in your tableau, and plant the best combos to earn the most magical leaves. But pay attention to all of your fellow gardeners, as whoever can predict the weather can make their plants grow! 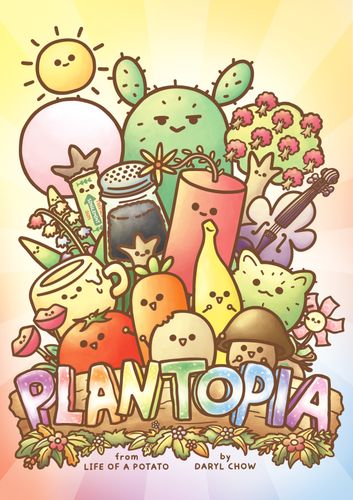 Capitalize upon the immediate powers of the baby plants while harnessing the scoring combos of the Treevolved plants. Will you go for the fast-growing flowers, the card-drawing cacti, or the weather-controlling trees? Or a combination of all of the above?
• Illustrated playing card decks have a lot of fans on Kickstarter, but I've never paid much attention to them. One that recently caught my eye, though, is a set from Sunish Chabba in which he combined details from several Hieronymus Bosch paintings to create an original work of sorts, with the 54 cards in that deck recreating that image when you assemble them in the right way. (KS link) 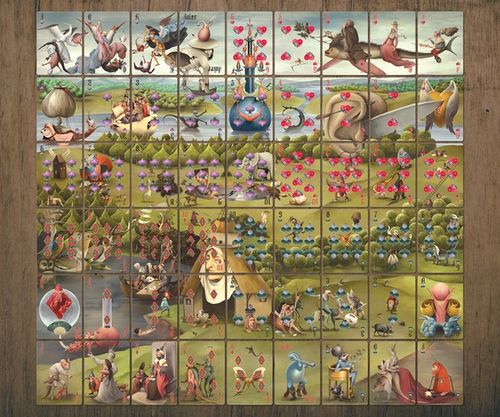 The background images of the Bosch art interact with the card symbols in various ways, creating a deeper image that blurs the planes in which everything exists — which seems appropriate for a design inspired by Bosch. 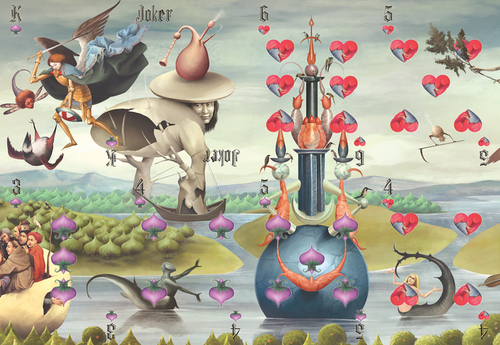 • And I might as well highlight another non-game item now that I've started down that path. In February 2020, I wrote about a new 3D-building system from Stéphane Villain called CARAPACES in a round-up of items seen during the Spielwarenmesse 2020 trade fair.

Publisher Romain-Guirec Piotte has now launched a funding campaign on Ulule (link) through the end of October 2020 in which you can acquire 100, 200, or 300 triangles in white, pink, or black (or a combination of colors), with each pack of one hundred triangles including ten copies of ten differently sized triangles. 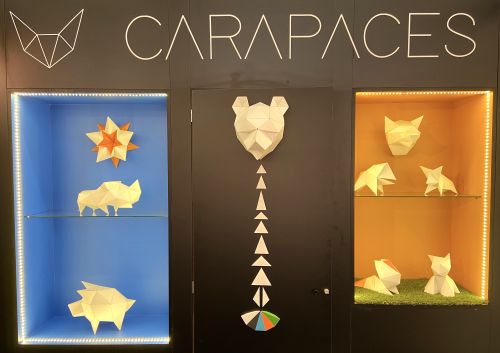 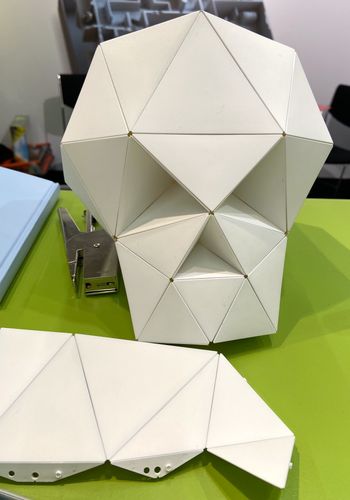