Roll Dice to Fight Monsters, Explore Dungeons, and Possibly Escape in Rush Out! and Dungeon Fighter 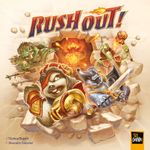 • Following the success of Magic Maze in 2017, Belgian publisher Sit Down! has had a particular fascination for real-time games, with Magic Maze: Hidden Roles and Magic Maze Kids appearing in 2018 and House Flippers, Wormlord, and Magic Maze on Mars being released in 2019.

For 2020, Sit Down! will expand its real-time résumé with Thomas Dupont's Rush Out!, which pits one player in the role of sorcerer against everyone else. Here's a summary of this October 2020 release:
Quote:
It was far too easy to progress into this dark dungeon, far too easy...but you progressed anyway, and when you reached its very last level, you had the bad idea to wake up the sorcerer — the big boss — and now the only way you can survive is to rush out the exit.

In Rush Out!, everybody plays simultaneously, with each "team" rolling and re-rolling dice (three per hero, and five for the sorcerer) in order to complete cards. Each player can place dice on only one of their cards at a time, and each ordeal card on the heroes' side can be completed by at most two people. As soon as a card has all of its symbols covered, you carry out its effect (in the case of the sorcerer), then draw a new card. The first "team" to draw the final card of their deck wins.

The game is divided into trainings first, followed by scenarios. Each time you progress in the rules, you are invited to play game before going further, so step by step, you learn the following rules (which often add new cards to decks):

—When the sorcerer completes specific cards, they can remove one or all of the heroes' dice from a card they are trying to complete.

Sample ordeal cards for the heroes
—By completing dracology spells, the sorcerer can move a dragon pawn onto a card on the heroes' side of the board. Heroes cannot remove this card from play, but can play on and remove other cards; by using wilds on their dice, the heroes can push the dragon back. If the dragon moves all the way onto the heroes' deck, the sorcerer wins the game.
—By completing specific spell cards, the sorcerer can forbid a hero from using a specific symbol, although this restriction can be cancelled by the hero under certain circumstances.
—By completing cards, heroes can experience, and they can use this experience to make their wild symbols more effective. (For each hero, normally a rolled joker on a die is equal to a specific symbol, but this experience gives you options).

Summoning cards for the sorcerer, which place a new ordeal on the hero deck
—The sorcerer can damage heroes, requiring them to heal themselves — possibly with the help of their friends — before they can attempt to complete ordeal cards.

Rush Out! includes a half-dozen scenarios beyond the training games, and each scenario is played as a best-of-three series of games. 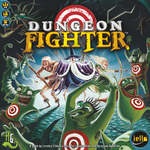 • Let's pair the overview above with coverage of another wacky dungeon-themed game — or rather a pair of such games. In September 2020, Italian publisher Horrible Guild will launch a Kickstarter project for a new edition of the Dungeon Fighter line of games.

This line launched in 2011 from publisher Cranio Creations with the Dungeon Fighter base game from Aureliano Buonfino, Lorenzo Silva, and Lorenzo Tucci Sorrentino, and folloed that with the Fire at Will expansion in 2013. In 2014, Silva left Cranio to co-found Horrible Games, which changed its name to Horrible Guild in 2019, and Horrible subsequently released the expansions The Big Wave, Stormy Winds, and Rock and Roll in 2014 and 2015. 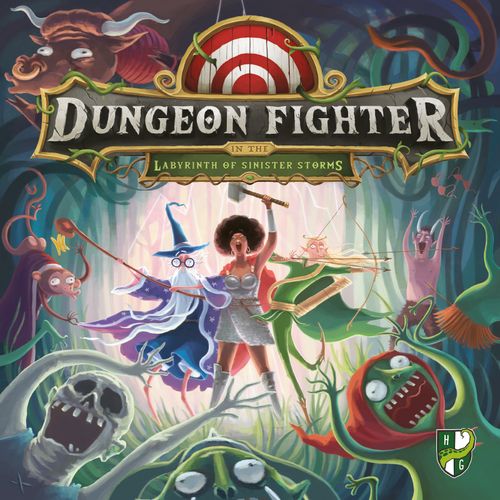 Each game again features the art of Giulia Ghigini — and I'm tickled each time I see those spindly monster fingers waving in fright — and each game includes everything needs to play with 1-6 players: different dice, heroes, weapons, monsters, bosses, rooms, and a unique target game board with its own gameplay elements.

If you get both games, you can mix and match the elements as you like to create your own dungeon, and I would imagine that more sets will be released should people still enjoy throwing dice in wacky ways to hit targets, defeat monsters, and look foolish.

Horrible Guild has a preview page for the Kickstarter that includes lots of details about the settings of the new games, as well as what's changed from the original releases. 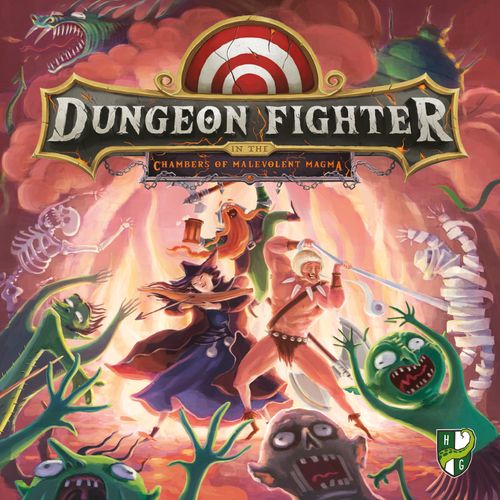