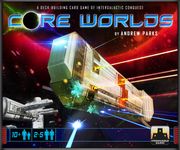 In July 2018, Stephen Buonocore of Stronghold Games tweeted about the "(not-officially-announced) 'Core Worlds: The Board Game'".

In December 2018, I posted about the confirmed-yet-still-not-officially-announced Core Worlds: Empires — "a standalone board game set in the very thematic, rich Core Worlds universe" — that was being developed by CW designer Andrew Parks and his Quixotic Games development team.

Then...nothing. (Well, other than people asking about the status of the game.)

As of October 7, 2020, however, Quixotic Games has obtained the exclusive publishing rights to the Core Worlds universe, including all past products as well as whatever might come in the future, and the first title the company plans to bring to market is the long-awaited Core Worlds: Empires, which is effectively a sequel to the events of the original Core Worlds game. Here's an overview of the setting and gameplay:
Quote:
Six empires have risen from the ashes of the Galactic Realm. Still cemented by the alliance that enabled their unprecedented conquest of the galaxy, the six independent kingdoms now seek to consolidate their power, each hoping to carve out the strongest dominion in the cosmos. Conflicts among the young realms are inevitable, but will the galaxy return to a state of civil war? 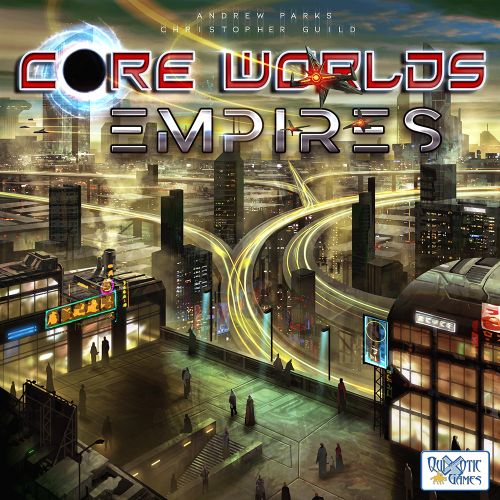 Core Worlds: Empires is a worker placement game for 1-5 players. Each world in the galaxy occupies a board space that ambassadors (workers) can visit during the game. The worlds that appear during each game are variable. Each player starts with a certain number of worlds under their control, and more worlds enter the game as play proceeds.

At the start of the game, each player controls one unique worker that represents their faction leader (Chancellor Augustus, Baron Viktor, Prince Aaron, Empress Elona, Simon the Fox, or Lord Banner), as well as two generic ambassadors. All players periodically receive new generic ambassadors, but each player always possesses the same number of "workers". Players may upgrade their generic ambassadors into unique heroes in order to increase the quality of their individual workers.
Quixotic Games plans to Kickstart this title, which is co-designed by Parks and Christopher Guild and which plays in 90-300 minutes, in early 2021. A press release from Quixotic notes that "The Kickstarter will also provide backers with the Core Worlds Solo Deck, which includes official solo rules for the original Core Worlds game and all of its expansions [Galactic Orders and Revolution], as a thank you to the thriving Core Worlds solo community." Quixotic also plans to release other games in the Core Worlds universe, in addition to fiction.

Here's the rest of the press release from Quixotic, which details some of the history of the game and how it found a new home:
Quote: 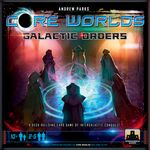 "Back in 2009 at the World Boardgaming Championships," said Parks, "I sat down for a beer with Stephen Buonocore, the founder of Stronghold Games, while the two of us dreamed of bringing the Core Worlds universe to life. Stephen has been a marvelous shepherd for Core Worlds over the years, bestowing Stronghold's dedication to quality components and artwork to what has become a critically-acclaimed, award-winning series of games. I am so grateful to him and to the entire Stronghold team for all their hard work over the past decade." 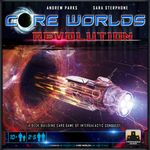 "I would also like to thank Travis Worthington, the CEO of Indie Game Studios, for working with us so closely to make this a smooth transition for the fans of Core Worlds," continued Parks. "Thanks to Travis and Stephen, we will be able to draw upon the beautiful illustrations and graphic design that have given Core Worlds such a unique sci-fi look over the years." 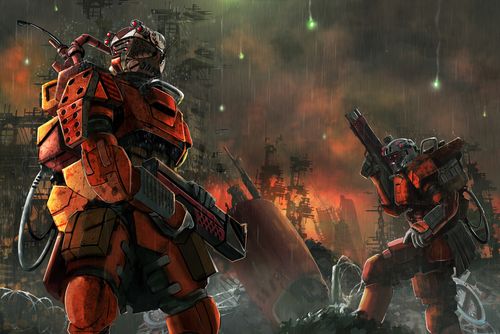