Tag the Streets, Power the Cities, and Settle the Moon 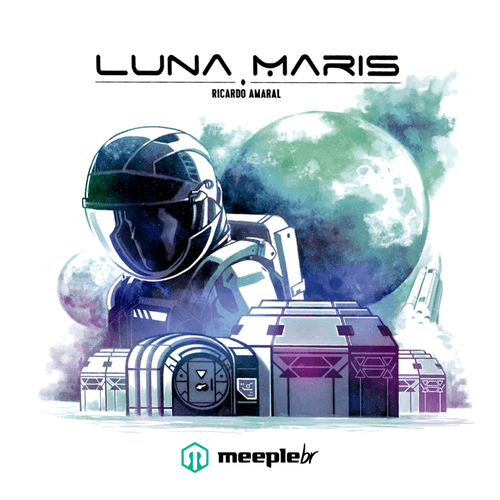 • In mid-November 2020 I showcased two titles from Brazilian publisher MeepleBR — Brazil: Imperial and Paper Dungeons — and as is often the case, once I started digging for details on those two games, I discovered several more from the same publisher that I hadn't known about previously.

Luna Maris, for example, is a 1-4 player game from first-time designer Ricardo Amaral that plays in 30 minutes per player. Luna Maris is due out in the first half of 2021, and the setting and gameplay works as follows:
Quote:
Space exploration is developing thanks to the cooperation between private corporations and governments around the world. Before the challenge to occupy another planet, however, we need to create a Moon base to extract resources from our natural satellite. Iron, titanium, water, and a powerful fuel, helium-3, are natural riches available in the Moon. To get these riches won't be easy; it'll require lots of work to install lunar probes, process extracted minerals, and ensure the working conditions of scientists and engineers in the crew.

In Luna Maris, you take on the role of a coordinator in charge of the lunar operations of a big company, organizing the crew, fulfilling demands, supplying worker's necessities, improving rooms in the complex, and respecting the strict environmental parameters. 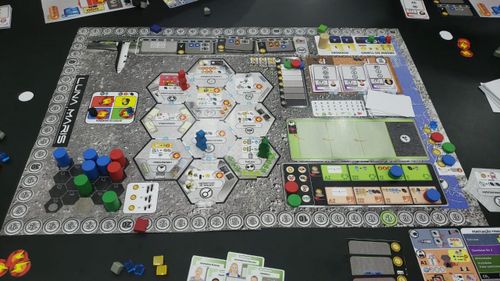 Prototype components
You start the game with six scientist cards, with which you can perform actions; to do so, place a scientist meeple in a room in the lunar complex, discard the appropriate scientist card, pay the activation cost (energy, water, oxygen, etc.), then receive the benefits of that room. The ten rooms each have their particularities and special rules: 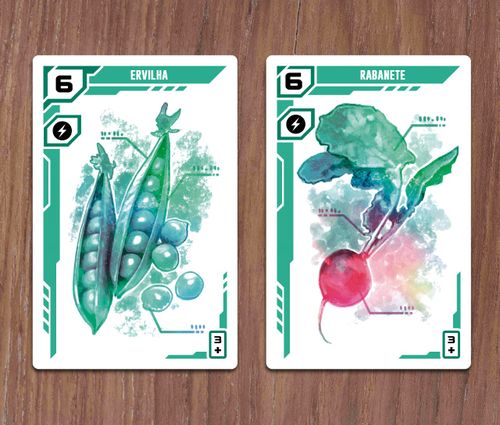 Food cards
A game lasts five rounds, and during that time you can focus on installing lunar probes and producing raw resources; investing in the industrial complex to guarantee access to water and helium-3; hiring high-level scientists and optimizing your actions; or doing other things that will deliver victory points in the long run. After five rounds, players tally their scores to see who runs the base and who gets ejected into orbit. (Kidding!)
• Grafito is a 2-4 player game from Rennan Gonçalves, another first-time designer, and the game is currently being aimed for release in the second half of 2021. Here's an overview:
Quote:
The four elements of hip hop are deejaying, rapping, break dancing, and graffiti painting, and these elements inspired Grafito, a rondel-based game about street art in the modern cities. Each player takes on a role of a graffiti artist, and you need to pick paints, and combine and use them to create great panels with your signature. Are you ready to control the walls of the street? 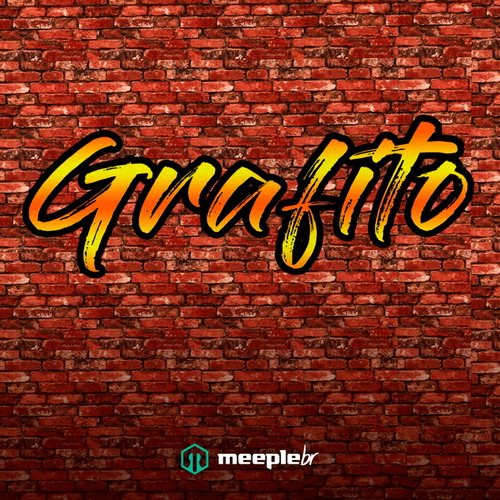 To set up, place eight paint cubes in each of the four rondels of the main game board; each rondel looks like an old-school LP record divided into eight colored sections. Use only primary paint cubes (blue, red, yellow and white) for now, then place the wall board next to the main board. Take an individual player board to organize your components, then shuffle the mural cards and reveal four face up.

On a turn, collect paint cubes or use a mural card to occupy a place on the wall board. By scratching the LPs — that is, turning the rondels — you can collect paint. You can rotate a rondel one space for free or spend workers to move more spaces or a second rondel; by matching colors across LPs, you can collect paint. By discarding a worker, you can use Basquiat's Lessons to duplicate paint cubes in your bag, change their colors, or obtain secondary colors. 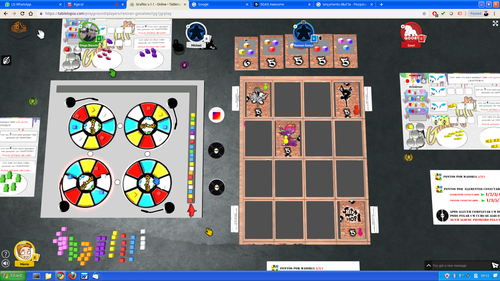 Digital version
Once you have the necessary components, you can complete a mural card by discarding the paint cubes required, possibly creating secondary colors along the way by discarding primary cubes. You receive points for these cards at the end of the game, and these cards depict different elements of hip hop, with you scoring bonuses from bonds of matching elements on the wall board.

When the wall board is finished, the game ends, and whoever has the most points becomes King of the Wall!
• The third title from MeepleBR is Eléctrica, a 2-4 player tile-laying game from Lucas Machado Rodrigues that might see release before the end of 2021.

Here's a summary of gameplay:
Quote:
In Brazil, a great amount of energy is produced by hydroelectricity. Dams are responsible for providing energy to industries, markets, and houses across the country. This electricity is distributed by great networks of transmission. It's a big business that moves billions every year. 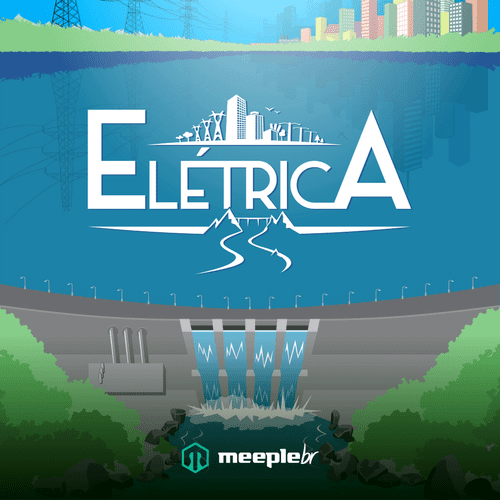 Elétrica invites you and your friends to take on the role of energy entrepreneurs. During the game, you need to increase the size of the map and construct lines to supply energy to cities. With each new line, you can complete contracts and receive victory points.

In more detail, following a set-up phase in which you each place a tile next to the starting spring river tile, on a turn you either (1) reveal and place a new tile or (2) build. The tile-laying works as you might expect, with tiles needing to be adjacent with the elements on each side matching. After placing a tile, you can place a marker on it to reserve it. 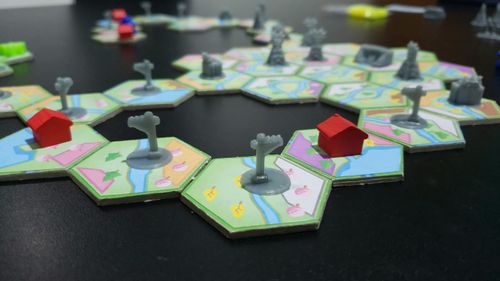 Prototype components
When you build a functioning network, you can complete a contract and score points. Two constructions of the same type earns you 2 points, for example, while more complex combinations earn you more.

Once the final tile is revealed and placed, the game ends and whoever has the most points becomes an energy magnate!