Wiz-War, Dragonland, and Coconuts Return to the Table 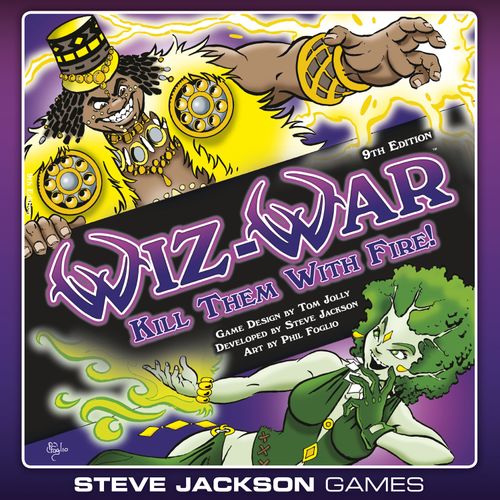 SJG hasn't yet revealed how this edition will differ from others, instead noting that it plans to run a Kickstarter to fund this release and that it's doing all of the tooling with the manufacturer beforehand to ensure smoother fulfillment (barring all the usual complications for such things).

An excerpt from SJG's announcement: "We'll tool everything as if all project stretch goals are unlocked, in the hope that there's enough interest in the game to allow us to produce the game as Steve envisions it. Part of our prep work with the factory has been planning out how the stretch goals impact the finished game; this will allow us to reverse steps if some of the stretch goals remain locked at the end of the campaign."

• In September 2020, U.S. publisher Gamelyn Games joined the vast group of publishers with one Knizia title in their catalog thanks to a new edition of Dragonland, which initially appeared from Ravensburger in 2002. Here's an overview of this 2-4 player game for ages 9 and up:
Quote:
Adventure in Dragonland! The dragons store their treasure in the numerous volcanoes, but their treasure is in danger because the volcanoes will soon erupt! To save the treasure, the dragons have asked the dwarves, elves, humans, and magicians for help. Each group competes with the others to be the most successful at gathering treasure for the dragons. 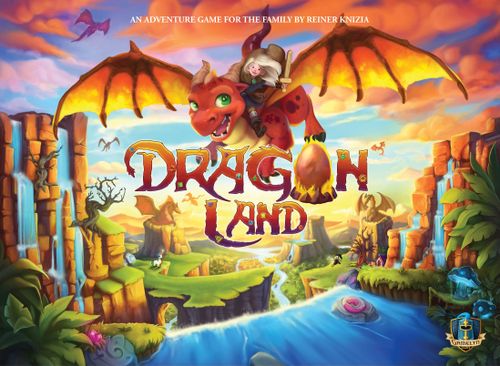 Using strategy and cunning in Dragonland, each player moves their group of companions from volcano to volcano to collect sets of dragon eggs and gemstones. Each player scores points for each gemstone and egg, but extra points for a complete set: egg, ruby, emerald, and sapphire. All their movements are under the control of the tower of destiny, which sometimes arranges for a companion to reach their destination a bit too late. When the last egg is collected, the game ends and the player with the most points wins.

• U.S. publisher Underdog Games has released a new edition of Walter Schneider's Coconuts with — get this — green coconuts. Yes, the brown coconuts of editions past have been replaced with something that won't have players snickering about monkeys flinging poo at one another.

For those not familiar with the game, which originated from Korea Boardgames in 2013, in Coconuts you use a plastic monkey to launch coconuts into cups, which can be in the center of the table or on another player's tableau. When you land a coconut in a cup, you claim it, placing it on your tableau or on top of two cups you already have. If you build a six-cup pyramid, you win instantly; otherwise the game ends when all the coconuts have landed in cups, and whoever has the most coconuts in their cups wins.

One change in this edition is that instead of having special ability cards that can be dealt out to players, once per game each player can choose one of four special actions. This change reduces the number of components, while also giving you control over exactly what you want to do when.

If you want to see how this all works, you can watch this overview video that I recorded in 2014, with my then five-year-old son. I made some nice shots during this explanation! On the down side, I showed my wife this video while preparing this post so that she could go "Awwwwww" over our son, and she said, "Wow, you look so much younger here!" Divorce proceedings are now underway.