In 2021, Board&Dice Invites You to Build Temples and Cities, Towers and Cornfields 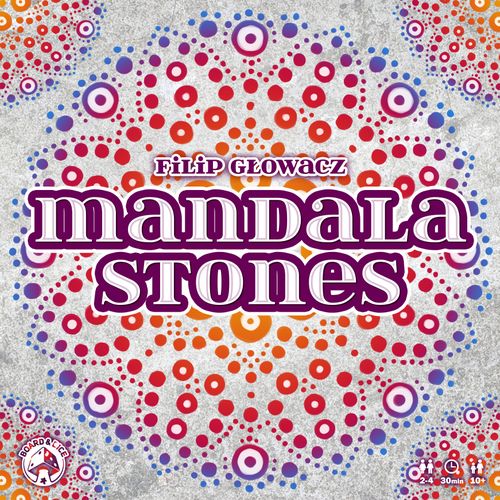 • Polish publisher Board&Dice has already revealed several titles due out in 2021, along with a Kickstarter project that will be available in 2022, and I thought I'd give a quick run-through of its line-up for next year, starting with the 2-4 player game Mandala Stones from designer and company co-founder Filip Głowacz, which is due out in Q2 2021:
Quote:
In Mandala Stones, you use artists to collect colorful stones in towers that you then score.

To set up the game, randomly place the 96 stones — 24 each in four colors and 48 each in two patterns — on the main board in stacks of four. Place the four artist pillars in their starting locations among these stone stacks.

On a turn, you either pick stones or score stones. To pick, move an artist to a new location, then collect all stones adjacent to this artist that (1) bear the same pattern as that artist and (2) are not adjacent to another artist. Choose one of these stones to be first in a tower, then stack the other collected stones on top of this foundation one in clockwise order, then place this tower on an empty space on your player board.

To score, choose to remove either (1) a color that appears on the top stones of at least two towers on your player board or (2) any number of top stones on your player board. In the latter case, you score 1 point for each removed stone. In the former case, you score points for each removed stone depending on the scoring condition for that space on your player board, which might be based on the height of that stone in a tower or the number of colors in that tower or the height of all towers on your board. Place all removed stones on the shared central mandala, building from the inside out and possibly scoring points depending on the spaces that you cover.

If a player can neither pick nor score OR if a stone placed on the central mandala covers the game-ending space based on the number of players in the game, complete the round so that everyone has the same number of turns. Each player can then score one of two secret objective cards in their hand, then the player with the most points wins. 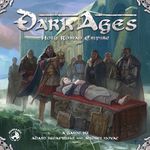 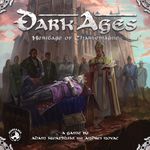 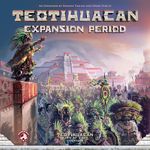 • Dark Ages: Holy Roman Empire and Dark Ages: Heritage of Charlemagne from designers Adam Kwapiński and Andrei Novac are a pair of 1-4 player 4X-style Eurogames that can be combined for a Europe-wide competition for five or more players.

These games were Kickstarted in December 2019 for delivery to backers in March 2021 with a subsequent retail release, and based on this Kickstarter update Board&Dice thinks that timeline might still be possible, although numerous potential delays exist thanks to COVID-related shipping and custom backlogs.

• In November 2020, Board&Dice Kickstarted a new printing of Yedo: Deluxe Master Set, with a new (Un)Pleasant Surprise expansion adding new mission and trade opportunities to the game when it lands in Q2 2021.

• Another Adam Kwapiński design coming from Board&Dice is Origins: First Builders, with this 1-4 player game due out in Q4 2021 putting you in the role of "a powerful and ancient space-faring race that visits Earth regularly to bestow gifts of progress and wonders upon the blossoming humanity". Well, that's a different take on the "build stuff in an ancient society" genre. 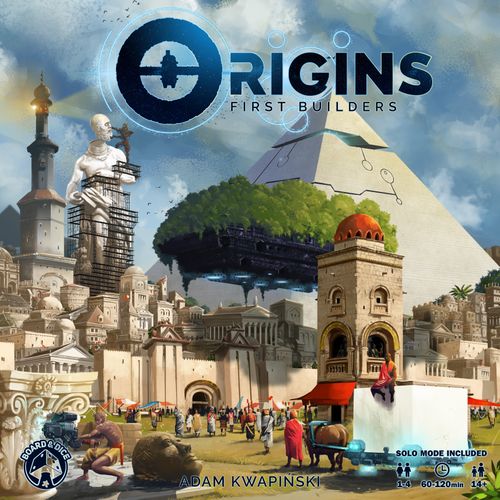 In more detail, you start the game with a city consisting of just two building tiles: the Agora tile and the Palace tile. As the game develops, your city will grow in both size and strength as you add new building tiles, each of which has a special ability that triggers when it's first added to a city and when closing a district. Your placement on the military track indicates the rewards you receive when you attack and your chances of becoming first player.

During a round, you visit encounter sites with workers to gain resources, attack, gain additional citizen or speaker dice, and advance on the zodiac temple tracks. Additionally, you increase your population, increase the height of your towers, and close districts to score them. When one or more of the game end conditions trigger, you score points for your two least valuable temples, then add those points to your score to see who wins. (You'll find a more detailed game description on the BGG game page.)

• In November 2021, Board&Dice will release another game set in Mesoamerica, this time from Merv designer Fabio Lopiano. Here's an overview of the setting and gameplay in this 1-4 player design:
Quote:
The Zapotec were a pre-Columbian civilization that flourished in the Valley of Oaxaca in Mesoamerica. Archaeological evidence reveal their culture going back at least 2,500 years. Remnants of the ancient city of Monte Albán in the form of buildings, ball courts, magnificent tombs, and finely worked gold jewelry testify of this once great civilization. Monte Albán was one of the first major cities in Mesoamerica and the center of the Zapotec state that dominated much of the territory that today belongs to the Mexican state of Oaxaca.

In Zapotec, you build temples, cornfields and villages in the three valleys surrounding the capital to generate resources needed for building pyramids, making sacrifices to the gods, and performing rituals. 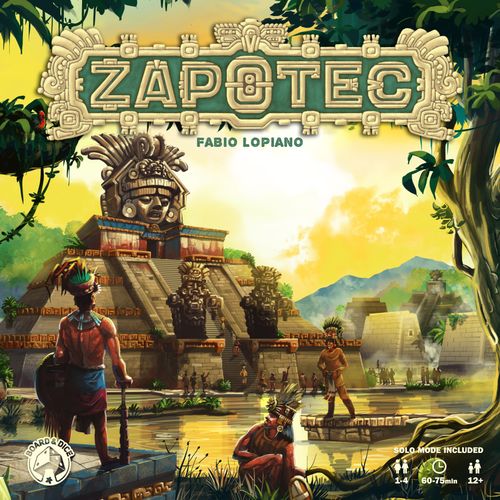 Each round, players simultaneously pick a card from their hand to determine their turn order and the resources they collect. Players then perform individual turns and spend resources to build new houses, gain access to special abilities, make sacrifices to the gods and build pyramids. The played action card determines three important aspects of each player's turn:

—The resource printed at the top of the card determines the row or column to activate on the resource grid to collect income.
—The icon in the middle of the card matches one of the nine properties of the building spaces on the map (one of three building types, one of three regions, or one of three terrain types). On their turn, players may build only on spaces that match that icon.
—The number at the bottom of the card dictates the turn order for the round when the card is played.

At the end of the round, players draft new cards from the central offer, with the final undrafted card becoming the scoring bonus card for the following round.

After five rounds, players score points for pyramids, for their position on the sacrifice track, and for their ritual cards. The player with the most victory points wins. 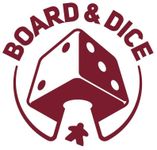 • For still another game from Board&Dice set in that part of the world, you can look for a Q2 2021 Kickstarter for Tabannusi: Builders of Ur from designers David Spada and Daniele Tascini, with the game due out in 2022. An overview:
Quote:
In ancient Mesopotamia, a cradle of civilization at a time when the location of Ur was a coastal region, players work to build the Great City of Ur, expand its districts, and establish themselves as powerful builders.

The game board features five regions: three building districts, one temple district, and one port district, each tied to a specific color die. On a turn, you worker activates one of these districts, first taking a die from it with the die (1) becoming a resource of that color and (2) determining which district you''ll activate on the subsequent turn.

Through various actions, you can increase your influence in the various districts, expanding construction sites and turning them into buildings to score victory points, but you will also exert your influence in the temple district to earn the king's favor. In the port district, you can obtain ships with important abilities and score victory points.

You must spend your actions wisely and always make sure that you keep an eye on the general timing of the game. The moment a district is emptied of dice, a scoring takes place.
• And we'll close with a new Board&Dice release at the end of November 2020 — Trismegistus Roll & Write, with designer Daniele Tascini adapting the 2019 release Trismegistus: The Ultimate Formula, which he co-designed.

This design is part of a "season" of a half-dozen print-and-play designs that Board&Dice is selling for €10, with the other five titles being older releases and this new design playing as follows:
Quote:
Trismegistus: Roll & Write is played over five rounds. In each round, players take two turns by drafting dice. Additionally, each player may take one reaction per round. With their actions and reactions, players gain elements, transmute them, perform experiments, and prepare for their publications. During the game, players receive and track victory points (VPs) from experiments. At the end of the game, these are added to VPs gained from a player's Philosopher's Stone, their elements, and completed publications. 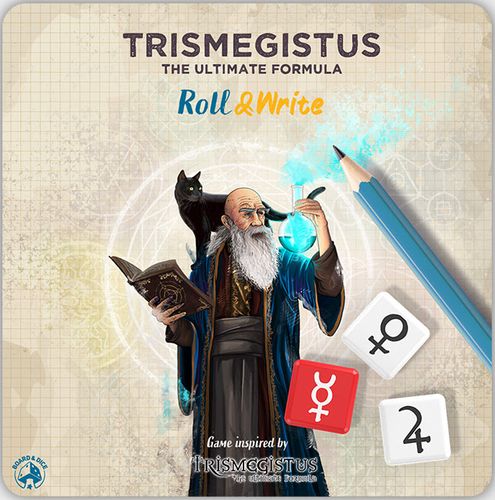