From the Big Apple to Mr. Cabbagehead's Garden via the Titanic 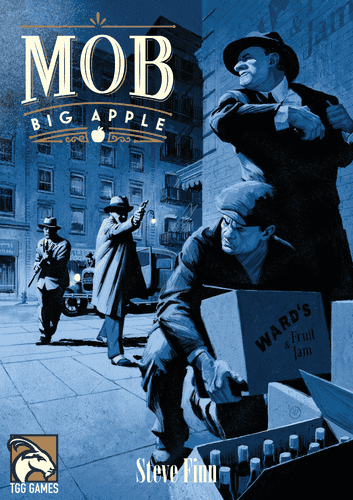 TGG Games is a U.S. game publisher founded in 2020 by The Gaming Goat retail chain, with TGG owner Jeff Bergren noting in an April 2020 article in Las Vegas Weekly that after stocking hundreds of different Kickstarted games in its retail outlets, "[w]e realized that it's actually easier to just partner with a designer, just buy every copy of the game in existence, and just publish it ourselves." In addition:
Quote:
"The actual business model isn't me sitting around with 20 people designing games," Bergren says. "It’s finding games that are amazing that the designers are unequipped to publish themselves for various reasons. And then swooping in and helping them."

To date, TGG Games has released John Kean's Black Sonata (first released in 2018 by Side Room Games); the co-operative card game Regicide from Paul Abrahams, Luke Badger, and Andy Richdale of Badgers from Mars; and the golf-themed deck-building game Duffers from Duane Wheatcroft, with the dexterity game Flick of Faith (first released by Awaken Realms Lite) due out in Q4 2020.

• As for what's coming from TGG Games in 2021, in Q1 2021 the publisher will Kickstart MOB: Big Apple, a two-player design from Steve Finn that's a reimplementation of his self-published game Capo Dei Capi from 2013. Here's an overview of the game:
Quote:
New York City, 1926: Two crime families battle for territory to extort local businesses and control backdoor distribution of spirits during Prohibition. Each family fights dirty, doing all they can to seize ownership of alcohol crates, even if that means sending rivals to sleep with the fishes. You are the "Capodecima" for one of these families. Command your henchmen to gain the upper hand in New York City by collecting crates, eliminating rivals, exposing moles, and tipping off the DA on your opponent. Do you have what it takes for your family to become Capo dei Capi?

The original
Each round in MOB: Big Apple, players take turns rolling two dice, then decide how to execute the results. Each roll allows players to allocate henchmen to the two game boards and perform various dastardly tasks, such as loading cars with henchmen to drive to locations, loading crates of contraband, revealing their rival's moles, and eluding the District Attorney.

In more detail, six key locations of New York City are contested each round, with half being represented by a black die and half by a white die. You roll one of each die on a turn, and the die values denote which locations may be interacted with, and how many henchmen may travel to that specific location, with the white die serving as the location and the black die the number of henchmen or vice versa. During every turn, a player must send at least one henchmen to perform a specific task on the action board, which can help command cars, expose moles, move crates, and influence the District Attorney to move in on their rival’s family.

Once both players have allocated all of their henchmen, the round ends, then a battle takes place at each location, with the survivors remaining to guard the contraband. After the third and final round, whichever Capodecina owns the most crates of contraband gains control of the Big Apple! 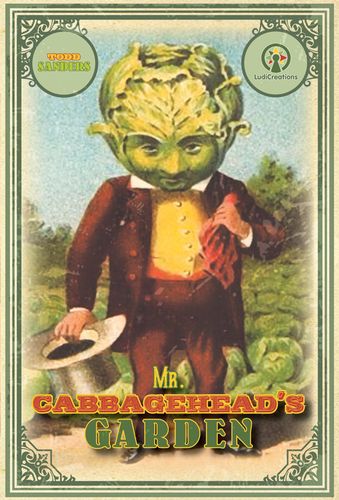 • In October 2020, LudiCreations — in partnership with TGG Games — ran a Kickstarter for a new edition of Todd Sanders' Mr. Cabbagehead's Garden, with this new Q1 2021 edition including both two promo neighbors from the 2018 release of the game and two new promo neighbors, Donty Monn and Leticia Colewort. They sound like lovely folks, don't they?

For those now familiar with this game for 1-2 players, here's a summary:
Quote:
In Mr. Cabbagehead's Garden, vegetable cards are drafted and placed in the garden plot, a grid of six cards by three cards.

Depending on which cards are selected, one of the tedious neighbors may interfere with the garden in a variety of ways. Players must be careful in their choice of vegetable to plant, in its position in the garden, and in maintaining their supply of invaluable bees, which give Mr. Cabbagehead more flexibility in planting.

Once all cards have been drawn, the game is over and the Garden Club committee visits to evaluate Mr. Cabbagehead's garden. The number and position of vegetables matter, and players must be creative in developing a garden that is both pleasing to the eye and plentiful in vegetables. 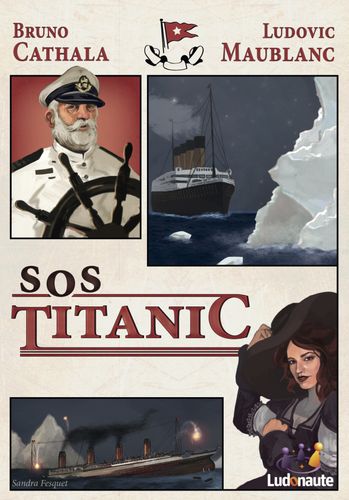 • In late November 2020, TGG Games announced that in 2021 it will release a new "deluxe" edition of SOS Titanic, a co-operative design from Bruno Cathala and Ludovic Maublanc for 1-5 players that French publisher Ludonaute first released in 2013. Here's the setting and gameplay:
Quote:
At 23:40 on April 14, 1912 in the North Atlantic, the R.M.S. Titanic strikes an iceberg. Water immediately floods into the liner's compartments and the ship is listing to starboard in a worrying way. There is no hope about the outcome. On board, there is widespread panic.

Alone, or co-operating with other crew members, you must show presence of mind and do the right thing to save as many passengers as possible. Time is short...

The card game SOS Titanic uses a mechanism similar to Patience, with the cards representing passengers who must be arranged on the decks, then placed in the lifeboats in a particular order. As one of the crew members, you and your teammates need to move and arrange these passengers as quickly as you can. Each section of the Titanic holds a pile of cards of which only the first is available.

On their turn, a player draws a few cards from the main deck and tries to move passengers out of the sinking ship onto the lifeboats. Failing to move at least one passenger or needing to reshuffle the main deck might cause one section of the ship to sink, thus reducing the number of piles available as well as the hopes of those still on board. Players can also use action cards to step in at fateful times when things otherwise seem lost. The game ends when the ship has sunk completely or when all remaining passengers have been saved.
I remember getting an overview of this game at Gen Con 2013 from Bruno Cathala (as linked below) and thinking, "This sounds like something right up my alley!" — then never seeing the game again (despite BGG also recording an overview of the published game at SPIEL '13). Maybe I'll finally play the game in 2021!