• Jeff Tidball of Atlas Games gives a post-mortem of the 2020 game convention scene in an article titled "Why Virtual Tabletop Conventions Fail, and How Organizers Can Fix It".

Another big issue is that not everyone attends game conventions for the same reason. Some folks want new games, others are participating in a tournament, and still others are pitching designs to publishers or showing off their costuming skills. Yes, overlap occurs, but the digital tools in place don't allow for meaningful accidental overlap, often because it's hard to know what's going on at all. 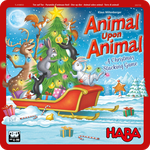 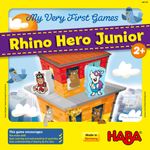 Not ideal for online play...
Along these lines, T. Caires at HABA pointed out to me that what's really missing from these virtual conventions are the hallways — which might sound ridiculous at first, but a huge percentage of convention activity takes place in the hallways between booths. You compare notes with someone on which games to check out, you see someone playing an intriguing-looking game and move in for a closer look, a publisher rep sees you passing by and invites you to join a game ("One more seat still open!"), you discover a costume contest or a sale of used games as you head somewhere to buy food or use the restroom, a designer you've met once invites you to playtest a prototype in the evening, you get a kick out of watching people's joy as they interact with the Exploding Kittens vending machine (as I've written about here and here) and so on.

None of the virtual events I've attended have hallways that allow for these types of spontaneous encounters. You have rooms for events, and when you're outside of those rooms, you can't accidentally see what's going on inside. You have to make an effort to enter the room, and the publisher or presenter is on the other side of that door, unable to entice you inside as they don't even know you're there.

Tidball's main suggestion is to give up on the idea of recreating an existing event:
Quote:
The road to success may lie in cutting discrete events out of the whole, and then hyper-focusing them in order to expand their (sub)audiences. In doing that, organizers ask less of those folks while simultaneously getting them extremely excited about the things they love the most.

More focused events have additional advantages for organizers in that they are less likely to require expensive or bespoke web platforms. They can use Slack, Discord, Zoom, Eventbrite, Shopify, and a hundred other existing pieces of Internet infrastructure instead of requiring the mass adoption of some ConventionOS that's trying to be all things to all people while it tries to run equally inside every desktop and mobile web browser in the world.

We're already seeing some events along these lines. Tidball mentions Nonepub, a virtual version of Unpub in which designers can test games and pitch them to publishers. (The next Nonepub takes place on Jan. 28-31, 2021 and by chance it features T. Caires as keynote speaker.) Publishers like Capstone Games and Renegade Game Studios have hosted events for their own titles, Pegasus Spiele and Ravensburger have each hosted online designer events for game pitches, and many single-published Discord channels have been established. These events and channels don't necessarily help to introduce new players to these publishers, but they can keep existing fans in the loop, with the hope that they spread the word. 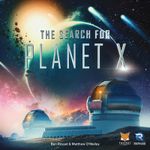 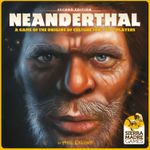 • In Ars Technica, Jennifer Ouellette writes about quantum chess, which had its first tournament in early December 2020 at the Q2B 2020 conference. Here's an overview of the game from her article:
Quote:
What exactly is quantum chess? It's a complicated version of regular chess that incorporates the quantum concepts of superposition, entanglement, and interference...

In quantum chess, there are multiple boards on which the pieces exist, and their number is not fixed. Players can perform "quantum moves" as well as regular chess moves; players just need to indicate which type of move they're performing. Any quantum move will create a superposition of boards (doubling the number of possible boards in the superposition with each quantum move), although the player will see a single board representing all boards at the same time. And any individual move acts on all boards at the same time.
The game, created by Chris Cantwell when he was a graduate student in quantum computing at the University of Southern California, was introduced in January 2016 at Caltech's "One Entangled Evening" event with this video, which was directed by Alex Winter and features Paul Rudd, Dr. Stephen Hawking, and Keanu Reeves. How did I not know about this earlier?!

More details about the game are on the Quantum Realm Games website.