Fighting in the Future, But Not Aboard Battlestar Galactica 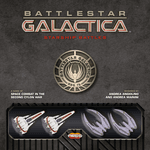 • Italian publisher Ares Games has announced that it's been unable to extend its license agreement with Universal Brand Development, which means that its contract to produce the Battlestar Galactica: Starship Battles game line expired on Dec. 31, 2020. In more detail:
Quote:
The expansion Faster Than Light and the Additional Counter Set, announced for early 2021, will be released only as free downloadable PDFs, and no further models will be released. Sales of existing inventory will continue until June 30th, 2021.

The end of the game represents a significant loss to us — not just because of the loss of all developed models in the pipeline, now canceled, and of all the work we dedicated to the project for several years — but also because we will not be able to provide to the dedicated player's community which supported the game the new releases they were waiting for.
• For a different type of space experience, you could check out Lost Empires: War for the New Sun, a two-player game from Brad Pye that Kolossal Games plans to Kickstart in Q2 2021. Here's an overview of the game's setting and experience:
Quote:
Welcome to 581.

On this distant planet, four factions battle for control of alien artifacts left behind by an advanced and ancient civilization. The warring factions are Terra Corps, Scion Imperium, Neo Human Republic, and the Feng Horde. With Earth in near ruins, 581 provides the chance for a second Earth, but who will rule? Who will be the first to build a Wormgate and transport their armies through it to conquer the dust of 581? 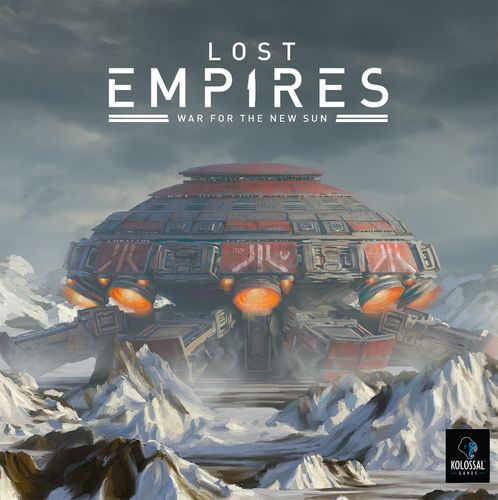 During the invasions of 581, the factions built large bases to house, control, and deploy troops. These bases are known as hives. As a player, you take on the role of a commander of one of these hives, from which you command your forces in the fight for control of the ancient alien artifacts and dominance over 581 itself.

In Lost Empires, players face off in a head-to-head battle for control of planet 581. Each player chooses a faction to play, and using the cards available to that faction, constructs an 18-card deck with which you do battle. You earn artifact fragments by controlling objectives and destroying elite enemy units augmented with alien technology. Once you have collected sufficient fragments, you turn them into artifacts and use them to construct a Wormgate. Whoever first acquires four artifacts has completed their Wormgate and wins.
• Prior to that title, in late January 2021 Kolossal Games will Kickstart the 2-4 player game Reload from François Rouzé and Jean-Marc Tribet, with this design trying to emulate the free-for-all nature of Fortnite.

Here's a summary of the game's setting:
Quote:
In the near future, the mega-corporations of the military-industrial complex have invested trillions developing cybernetically enhanced clone soldiers for off-world exploration. Seeking to build robust teams for future missions — and more importantly, to land lucrative government contracts — they have created special training islands. On these islands, they are able to simulate all of the deadly conditions their soldiers may face on remote planets. 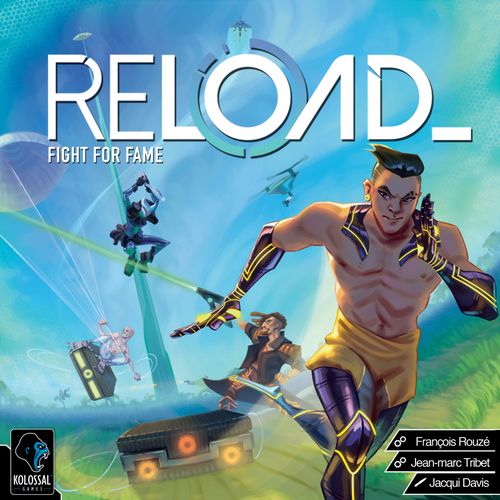 To fund these expensive programs and the military-grade innovations built into their test subjects, the arms manufacturers have teamed up with media moguls to create and promote broadcast competitions live from the island's training grounds. Thus was born "RELOAD", the biggest TV show on the planet, with the most charismatic and capable subjects competing in front of millions of avid viewers to win fame for themselves and fortunes for their creators.

In Reload, you get to engage in this battle-royale experience thanks to an innovative action dice system that offers fast-paced play and the freedom to explore the island while fighting for fame.