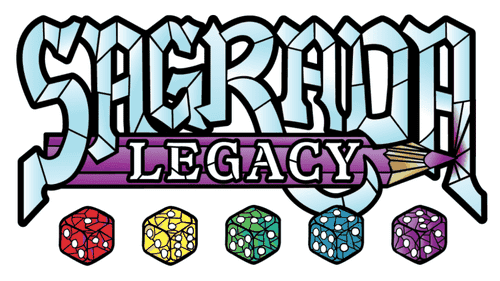 • In a mid-January 2021 newsletter, U.S. publisher Floodgate Games shared a logo for Sagrada Legacy and offered this teaser:
Quote:
We'll be making an official announcement about Sagrada Legacy in the coming weeks with more information. But we wanted you, our most loyal fans, to have the inside track on it first! Sagrada: Legacy will be released this summer for Gen Con 2021!
I suspect the game will come with glass dice that you must heat in a kiln (not included) to create actual stained-glass windows that you'll then use to cast tinted shadows onto your board for color bonuses.

• In a Facebook post looking for graphic design support, Dutch publisher Splotter Spellen mentions that its next release — Horseless Carriage — will ideally be ready for release at SPIEL '21. For an overview of the game, you can listen to designers Joris Wiersinga and Jeroen Doumen in this interview with Edward Uhler of Heavy Cardboard.

• U.S. publisher Thunderworks Games has revealed its 2021 line-up, with the most anticipated title possibly being Jordy Adan and John Brieger's Cartographers Heroes, a new standalone map-drawing game due out in August 2021 that can also be combined with Adan's 2019 Cartographers, with "persistent" monsters and heroes being introduced in this design, along with new edict cards, ambush cards, and so on that can be used in the original game.

Additionally, Thunderworks will release three map packs — each with various twists and new scoring cards — that can be used with either of the standalone Cartographers titles: Nebblis – Plane of Flame; Affril – Plane of Knowledge; and Undercity – Depths of Sabek. Even more map packs are scheduled for release in the future.

• I said "possibly" above as Thunderworks' most anticipated title might actually be Roll Player Adventures, which the company Kickstarted in 2020 for release in July/August 2021.

Roll Player Adventures builds on the world of Roll Player from company founder Keith Matejka. In that earlier game, you'd compete against other players to create the ideal fantasy adventurer. (Candice Harris covers the game in detail in this June 2020 BGGN post.) In Adventures, co-designed by Matejka, Peter Andrew Ryan, and James William Ryan, you now work together with other players as follows:
Quote:
Your Roll Player characters have been called to adventure! In Monsters & Minions, you went to war against Dragul invaders. In Fiends & Familiars, you befriended wild beasts and dispelled cruel spirits. Now your fully formed, battle-hardened heroes must defend the kingdom of Nalos and uncover a mystery that lies at the heart of the Abandoned Lands.

Navigate your missions with care. It's up to you who to befriend and who to battle. Will you slay the giant troll or attempt to make peace? Will you do the vampire's bidding or defend the mysterious cultists he wants to destroy? Will you remain loyal to king and country — or side with the enemies of Nalos? Whatever choices you make, someone will remember and respond. 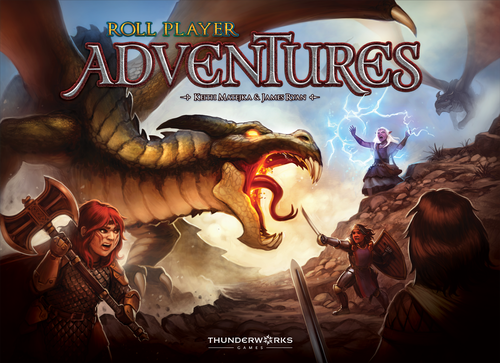 Roll Player Adventures is a co-operative storybook board game for 1-4 players set in the world of Roll Player. Players inhabit characters, face challenges, and make decisions that will change the story as they progress through eleven core adventures and a replayable side quest.

• What's more, Nefras's Judgement — co-designed by Matejka, Ryan, Ryan, Seth Johnson, and Jon Leitheusser — is an expansion for Roll Player Adventures that adds more than forty storylines through that game's campaign. From the BGG description:
Quote:
Nefras, the snake-faced goddess of judgment, rules over the realms of Dream and Memory. She observes all souls in the planarverse to discover their true nature and reward them accordingly. But Nefras is not the goddess of Justice. She does not bring order to the lawless or punishment to the wicked. Instead, the scale-faced one merely assesses the hearts of all heroes and empowers them with appropriate gifts. When Nefras's observation is complete, she bestows each hero with her final judgment.

Each storyline explores a unique backstory from the Roll Player universe. Your decisions will change your alignment and steer the fate of the land of Nalos.
• Outside of the kingdom of Nalos, which is also the setting of the Cartographers map packs, Thunderworks Games has two other releases lined up for 2021. Theme Parks is a 1-4 player game from newcomer Nate Linhart. Here's a brief description of the game:
Quote:
A game of Theme Parks is played over five years. Each year players take turns placing workers on the game board to take actions like removing trees, building concessions and attractions, and buying more property in order to make their growing theme parks as attractive to visiting people (VP tokens) as possible. 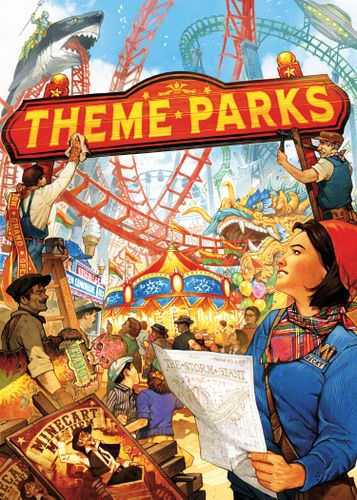 At the end of each year, rewards are given to the player with the fairground that best exemplifies certain raw emotions, and after five years the player with the most VP tokens wins!
Weird to see so many similar looking theme park-themed games released recently and also due out in 2021. Everyone must be channeling the same type of energy... 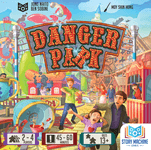 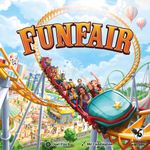 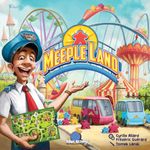 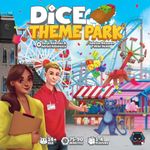 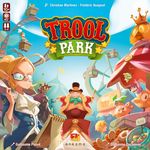 • Finally, we come to Eric Mosso's 1-4 player game Cape May:
Quote:
In Cape May, players traverse the city streets as entrepreneurs, developing property while building wealth over four seasons to earn prestige.

Build cottages, develop them into Victorian homes, and upgrade them into historic landmarks. Establish shops and grow them into profitable businesses. Carefully move around the city, and make strategic use of activity cards. Complete bonus goals, then take some time to relax and spot wildlife in the best place for birdwatching in the Northeastern United States. 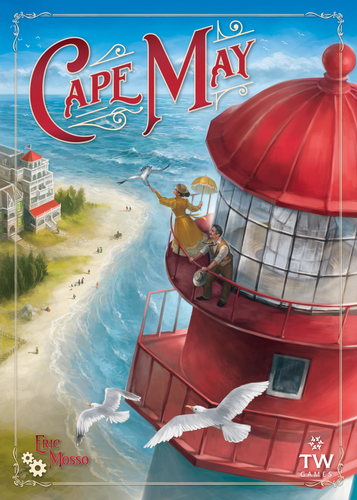 Whoever best balances their income, development, movement, and personal goals will go down in history as the most successful developer of Cape May!
Cape May, located at the southern tip of New Jersey, is my mother-in-law's favorite place in the world, so ideally this game will be a suitable Christmas gift for her — although it will be hard to compete with Rummikub for a spot on her table...