Collect Coins — and Trophies — in The Witcher: Old World

Set years before the saga of Geralt of Rivia, The Witcher: Old World explores a time when monsters roamed the Continent in greater numbers, creating a constant peril that required the attention of expertly trained monster slayers, known as witchers. Five competing schools trained their adepts through brutal regimes, and once fully prepared, these now-recognized witchers set off to explore the land, seeking trouble and adventures and helping others for coin. 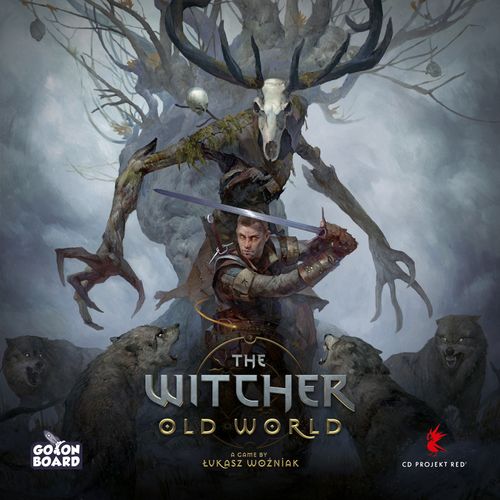 In this competitive adventure board game, 2-5 players travel across a vast map, embarking on masterfully penned quests, encountering and making ambiguous moral choices, fighting monsters — and sometimes brawling with other witchers to defend their school's honor!

The game lets players construct their own unique decks of cards by choosing from a wide range of abilities: attacks, dodges, and witcher combat magic — known as "signs". Through card synergy, players aim to achieve powerful combos as they utilize their witcher school's hallmark abilities to their full potential. Quests, battles, and even dice poker allow each player to earn money, obtain new items, and train their skills.

The first player to acquire 4-6 trophies, with the number being set at the start of play, wins the game instantly. You can obtain trophies by killing monsters, instigating and winning chaotic tavern brawls against another witcher, training attributes to their highest level, and resolving certain quests throughout their adventure.
In more detail, each player chooses to be a witcher from a different school: Wolf, Cat, Viper, Bear, or Griffin. Schools have a unique deck and specialties — including skills that can be used to gain an advantage over other players:

• A Wolf's Swordsmanship makes them masters of the blade.
• A Griffin's Magic helps them in the most dangerous fights.
• A Cat's Speed keep them to one step ahead of the opponent.
• A Bear's Armor makes their skin almost impenetrable.
• A Viper's Venomous Steel enables them to inflict poisonous wounds.

You begin with a deck of ten cards specific to your school, with cards representing different attacks, blocks, dodges and magical signs. Various opportunities in the game allow you to gain or lose cards, with you trying to build combos and advance your skills. Each card has its own color, and most cards have "combo extensions" that allow you to play an additional card if it's the proper color. The more cards you play and
link together, the more powerful your combo. 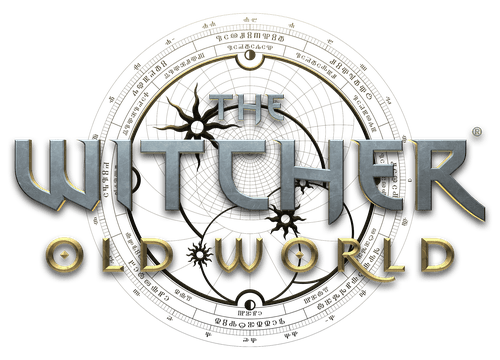 In a press release announcing the game, Rafał Jaki, Business Development Director at CD Projekt RED, wrote:
Quote:
"Our studio is full of board game enthusiasts and creating one tailor made to fit The Witcher universe is something that we've felt very passionate about for quite some time now. We wanted the game to be easy to learn, hard to master, and offer high replay value. Story-wise, we thought it would be interesting to focus on times when witchers were more frequently seen throughout the world. We also wanted to show how the different witcher schools tackled unique monsters that inhabited the continent in abundance. I'm looking forward to seeing how gamers take to Old World when it releases!"
A Kickstarter crowdfunding campaign for The Witcher: Old World will launch in May 2021, with base and deluxe versions being available and with the game currently scheduled for release in April 2022.