Well, here we are again, reading about another acquisition by the Asmodee Group, specifically the acquisition of the digital multiplayer board game platform Board Game Arena (BGA).

BGA was founded in 2010 by Grégory Isabelli and Emmanuel Colin, and it currently hosts online versions of more than 250 games, both public domain titles and licensed games. BGA has more than five million members, with an unknown percentage of them being Premium members; Premium membership allows you to avoid ads before games and to start certain "high profile" games, such as Race for the Galaxy, Carcassonne, 7 Wonders Duel, and Res Arcana — the latter three of which happen to be distributed by Asmodee in most parts of the world. (Disclosure: I'm a Premium member on BGA.)

Here's most of a press release announcing the deal:
Quote:
Since its creation, BGA has seen continuous growth, thanks to the commitment of gaming communities and has registered a 600% growth in 2020, a sign of the craze for board games, whether with family or remotely. To support its growth and pursue its development, BGA's management team has chosen to join Asmodee. Indeed, the two companies have known each other for a long time, and this natural move will allow Asmodee to speed up the availability of its key titles on the platform.

Grégory Isabelli and Emmanuel Colin, BGA cofounders, comment: "Working with Asmodee allows us to continue our massive growth, with a partner that shares our love and passion for board gaming. Asmodee fulfills a sine qua non criteria for us: that BGA is always run by absolute board game fans whose core business is board game."

"Our growth is based on one crucial commitment: offer the best gaming experience to consumers and bring our brands to the widest audience", said Thomas Koegler, Head of Strategy at Asmodee. "Having a platform that allows players from all over the world to meet, play their favorite games together or discover new games is a natural fit alongside our amazing catalogue of board games. Skull and Splendor will be in the coming weeks the first of a long list of Asmodee releases on the platform: we hope that players will enjoy them!"

As with other Asmodee entities, BGA will remain completely independent, and current management will remain at its helm. Pricing policies and editorial line remain unchanged, with BGA continuing, as always, to rely solely on the quality and popularity of games, offering its services to all publishers and market players.
Despite Asmodee's promise of BGA remaining "completely independent", many people have wondered what might change regarding the availability of existing games on the site. Will Asmodee push out the competition? What contracts does BGA hold with publishers regarding the licensing and availability of their games? 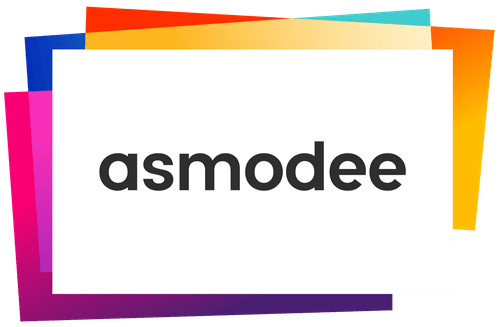 I've spoken off the record with two publishers that have games on BGA, and the short answer is that BGA apparently has no contracts with these publishers. Effectively BGA operates under handshake agreements, with its "contracts" consisting only of email conversations and short licensing documents.

In more detail, BGA might reach out to a publisher to ask whether it can host a digital version of a game. If the publisher agrees to this, BGA will let its group of volunteer developers know that the game is available for implementation; for certain titles that it plans to market under the "Premium" tag, BGA will instead hire a freelance developer to implement that game along a certain timeline, whereas a volunteer developer can operate under whatever timeline they wish.

Alternatively, a publisher can approach BGA, whether to indicate that a game is available for digital implementation or to give BGA a complete digital implementation of a game thanks to a developer hired by the publisher. (Programming on BGA seems to be a combination of Javascript and PHP, with certain elements — a card deck, a counter, a zone of play, etc. — being common and reusable across games.)

In its press release, Asmodee notes that more than four million games of 7 Wonders have been played on BGA since 2018; what that translates to in terms of money paid to publisher Repos Production isn't disclosed, but if we revisit that BGA "has registered a 600% growth in 2020" statistic, we can understand why Asmodee would make this acquisition. After all, whether a game is Premium or not, the cost spent to develop a digital implementation of that game is relatively inexpensive — or free if you go the volunteer developer route — yet the game will be played tens or hundreds of thousands of times by people who might otherwise never have seen or experienced the game. Both publishers I spoke with said that they had seen sales of the physical games increase following the appearance of their titles on BGA.

In terms of what comes next from this point, I'll indulge in speculation, partly based on my conversations with these publishers and partly from this announcement from BGA in its developers forum. I would imagine that BGA has no interest in kicking any games off its platform. The cost to host such games is negligible, and the more entrance ramps you have to the BGA platform, the better because over time BGA members will likely discover and play more games, possibly upgrading to Premium status along the way. (Any member can play in a Premium game, but you must be a Premium member to create and start a Premium game.)

The biggest "threat" comes from the risk of a developer shortfall because you can be sure that Asmodee will lock in the time of as many developers as possible in order to get its games onto BGA. The site's founders say as much in their note to developers:
Quote:
[T]he most important thing is that we stay the same: same team, same spirit, same model. We don't want to become a "Premium/Best sellers only" service, and at the same time we consider that all board games must have a chance to be on BGA even if "non commercially profitable". To do that, like we did in the past, we will need game developers for freelance missions for some specific games, and we will need volunteers for the vast majority of the other games. We know that some of you prefer to work as volunteers to work on their preferred licence, at their own pace, making their own choices, while some of you are more interested by paid missions even if they have more constraints. We used to propose both at BGA, and again: this won't change.

Now, speaking about games: in the following weeks, we are going to start an important number of missions, both for new Asmodee game licences and for other licences. Those of you who have previously expressed interest in freelance missions have already received some info about this from Jurica [a long-time developer who joined BGA in September 2020]. Please do not hesitate to write to studio(at)boardgamearena.com if you are interested: we have missions for you.
If a publisher is looking for a volunteer developer to get a game onto BGA, they will probably have to wait longer from now on. If as a result of this delay they are willing to pay for a developer in order to get their game live faster on BGA — similar to how Dutch publisher Quined Games had a digital version of Carnegie available for play on BGA during its Kickstarter campaign — then that publisher has just delivered to BGA another Premium game, which will probably be a further incentive for members to become Premium members.

The influx of new games on BGA will be bad only for existing titles that will be overlooked, forgotten, or replaced with new favorites, similar to what's happening in terms of competition for shelf space in brick-and-mortar game stores. BGA itself has unlimited shelves, but your available playing time as a human being isn't unlimited, so some titles will be buried and forgotten — which is what's happening on the site already based on the number of games played. Some titles have thousands of real-time or turn-based games underway, while others have at most single digits. I would expect more of the same going forward.