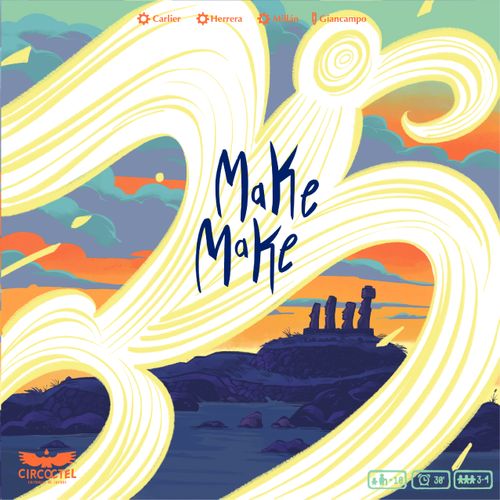 • Easter Island is a popular setting for game designers, with BGG having four "Rapa Nui" titles in its database, along with several others games set in that part of the world. Turns out that location appeals to designers and publishers everywhere, as is evidenced by the 2020 release of Make Make from designers Pablo A. Carlier B., Patricio Herrera, and Joselyne Millán Venegas and Chilean publisher Circoctel.

Here's an overview of this 3-4 player game, which Circoctel's Rodrigo López expects to be available in the U.S. in 2021:
Quote:
In the strategy game Make Make, each person represents the chief of one of the clans that inhabit Rapa Nui. Each clan seeks control of the island's territories, which will allow them to perform the ceremonial rites dedicated to the god Make Make, who will then make the chief of the clan the new Ariki of the island that will govern and give prosperity to the Rapanui people.

Each player starts the game with one chief token, five Tangata Manu tokens, and eleven dominance tokens. Twelve Moai tokens are placed to the side, and the Make Make figure is placed in the center of the game board, which has a trapezoidal-shaped hex grid on it, with the intersection of any three hexes (called "territories") being marked as a ceremonial ground. The six territories surrounding Make Make are "sacred territories". 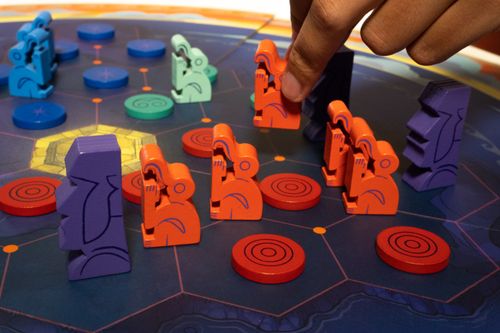 Placing Tangata Manu
During the ceremonial phase, if you control a territory and control all of its surrounding territories and have your chief token and at least one Tangata Manu on these territories, then you return tokens on this surrounded territory to your reserve and place a Moai on this territory instead. A territory with a Moai on it is considered to be controlled by all clans, and a Moai cannot be removed from the game board.

If you have all five of your Tangata Manu tokens on the board and you have the Make Make token in front of you, you win instantly.
• Another Chilean game came to my awareness courtesy of German gamer Hilko Drude, who has a general interest in designs from Latin America, as evidenced by his "Bringing Latin American games to BGG!" GeekList that highlights L.A. titles for which he's created BGG listings. The game in question is Chocolatext from designers Feño Casals Caro and Cami Muñoz Villar and publisher Tasty Games SpA.

Anyone interested in importing this game might face customs difficulties that wouldn't come into play for most other games, as this description will explain:
Quote:
Chocolatext is a two-player word game that contains chocolate letters in which players take turns challenging each other to create words in a category of their choice. 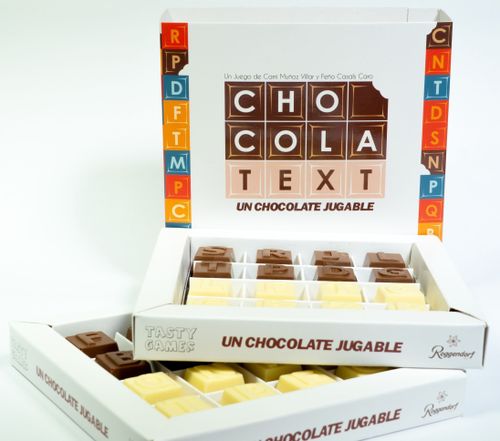 The game begins with a set of eight letters. One player defines a category and challenges the other player. The challenged player has to come up with a word in the chosen category that contains at least two of the eight letters. Then the challenger does the same, and so on, until six words have been said. Then the challenged player has to recite those six words in reverse order. If they remember each word correctly and in the correct order, they gain a point and eat one of the chocolate letters that was used in this round. Then the roles are reversed. After seven rounds, only one letter remains, and whoever has earned the most points wins and eats the last letter.

• Another publisher Hilko has added to the database is Mexican game publisher Ludens Games, which has seven games to date, including the 2019 title Antes del Diluvio ("Before the Flood"), a 1-4 player game from Salvador Sánchez that presents players with a different flavor of apocalypse from ye olde zombies:
Quote:
Antes del Diluvio takes place in the year 2070, just twelve hours before the extinction of the last living creatures on Earth. Robots that now rule the Earth are determined to gather different kinds of DNA as long as it is still available so that they can eventually recreate life on other planets. 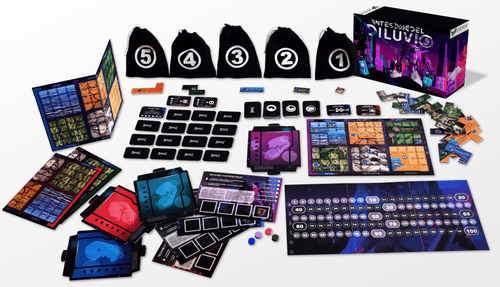 Each hour is played as one round. On your turn, you have four action points to draw DNA tiles from different bags, put them into their incubator, or move them from the incubator to your habitat. The tiles have different shapes and sizes and must be placed to fit the habitat or the incubator. Each round has a different objective which, if fulfilled, gets you victory points. After twelve rounds, the player with most victory points wins.
• An upcoming title from Ludens Games is 2021's Rolling Farmers, a design credited to LJ5H for 2-4 players that lacks enough detail in the description to give me a good feel for it — but you can play it on Tabletopia ahead of time should you be so inclined. (I am sitting vertically and do not qualify.)

Here's what I do know about the game:
Quote:
Rolling Farmers is a dice game with a farming theme. Players have farm boards and draft field cards, fulfill order cards, and improve their technologies. They each roll their six dice simultaneously and can place them on their fields according to the numbers they rolled. The fields then yield crops, and with the income from selling these crops, more things can be purchased. 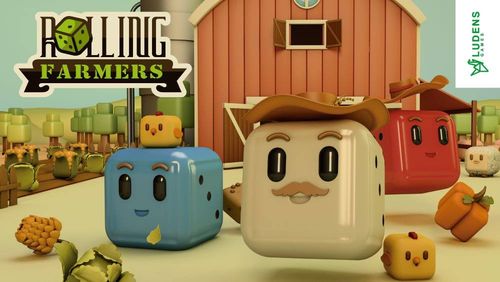 To fulfill an order, pay the required crops. Depending on the number of players, the game ends after a player has fulfilled a certain number of orders. Your score depends on money, technology, fields, and fulfilled orders. The player with the highest score wins.