Dig up Dunes in Lençóis, Stay in Order in Barakka, and Ride the Highs and Lows of Day & Night 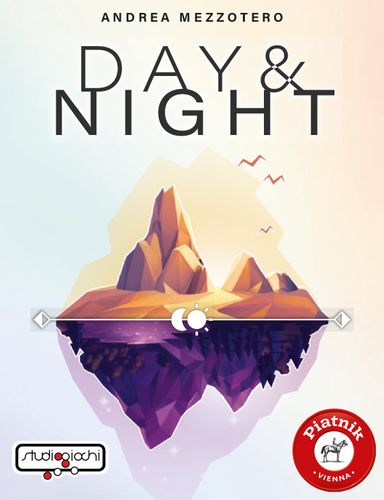 • Designer Andrea Mezzotero debuted in 2018 with the card game Crystal Clans from Plaid Hat Games, a two-player battle game that had a half-dozen expansions to bring more clans to the table.

For 2021, he has a very different card game on the market: Day & Night from Austrian publisher Piatnik, with this being a game for 3-5 players in which you're trying to join the crowd to score. Here's how it works:
Quote:
Day or night? High or low? In each round of Day & Night, players try to decide whether high or low numbers are more valuable based on the cards that everyone plays — and that can change instantly, possibly leaving you in the dark when it comes to scoring.

Each round plays out as follows: First, reveal the top card of the draw pile and place it next to the time card. Next, each player chooses one card from their hand, then reveal them simultaneously; if an odd number of revealed cards have a time symbol, flip over the time card. Then repeat this process, with each player choosing, then revealing another card from their hand, flipping over the time card again if an odd number of revealed cards have the time symbol.

Now determine who won the round: If the time card shows the sun, the color with the highest visible sum among visible cards (which includes the first card revealed) is the winning color; if the time card shows the moon, then the color with the lowest sum wins. All players who have played at least one card in the winning color now collect any visible card and place it in front of them. Remove all the remaining cards from play, deal two cards to each player, then start the next round.

When the deck has no cards in it, the game ends, and players tally their score based on the number of stars on cards in front of them. Whoever has the most stars wins.

• Barakka is a February 2021 release from Hungarian designer Péter Szöllősi, who releases games under the brand Vagabund. This card game is a reworking of his 2014 release Gyümi, with the game now being for only 1-2 players instead of for 1-6.

Here's an overview of how to play:
Quote:
In Barakka, you want to collect sets of beautiful Moroccan cards, ideally keeping your opponent from doing the same. 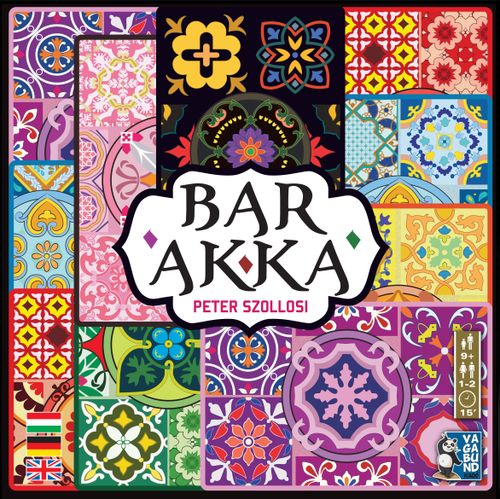 To set up, shuffle the deck, which contains cards in five colors, with cards numbered 1-5 (and jokers) in each color. Reveal two cards to start two discard piles.

On a turn, pick up the top card of either discard pile or the top of the deck. If you drew from the deck and don't want the card, discard it on top of either pile. If you do want the card, place it in a pile that contains only cards of that color; each player maintains their own set of card piles. Arrange the cards in each pile so that you can see how many cards are in the pile, but not the number or joker symbol on any card but the topmost one. Your goal is to get all five of the numbered cards (1-5) in each color, although a joker can replace any number, giving you bonus points along the way. If you place the fifth card in a pile, claim the matching colored token and place it on top of the pile to show that color is now out of play for you.

When the deck runs out, you re-arrange the cards in each pile into a numerical sequence, and you score points based on the length of the sequence starting with 1. If a sequence has no 1, it's worth 0 points for you! Additionally, each joker in a valid sequence is worth as many points as the length of the sequence. Each colored token you collect is worth as many points as the number of tokens you collect. Whoever uses their memory well to collect valid sequences — while being cutthroat enough to block their opponent — wins.

Barakka includes multiple variants that add new cards and tokens to the game.
• I was not familiar with Lençóis Maranhenses National Park in Brazil prior to reading about the card game Lençóis from designers Felipe Galery and Gabriel Santana and publisher Galbs Games, and now my life is richer for that discovery, so I invite you to learn about that national park, too.

With that preamble out of the way, here's an overview of this 2-6 player game that debuted in June 2020:
Quote:
A chest was buried in one of the dunes of Lençóis, Brazil, and a key sank in one of its pools. Can you find them before the wind changes everything? 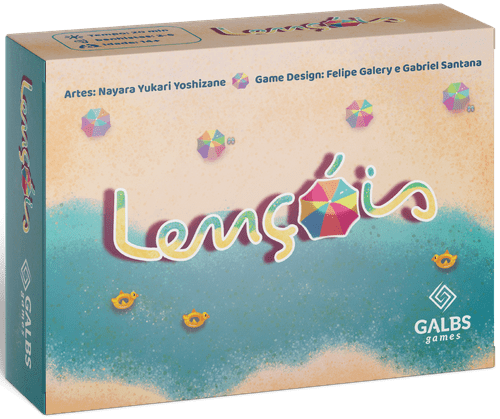 Inspired by the biomes of the Brazilian states of Maranhão and Piauí, Lençóis is a light and fast game, but with many layers of strategy. The game is for 2-6 players and has 18 cards: nine dune cards and nine lagoon cards, with different text on each of them. Among the dune cards is a chest and among the lagoon cards a key, and whoever has both cards simultaneously wins — but if you have the key and a thunderstorm in hand, you lose and leave the game.

To play, six cards are placed face down on the table, and each player starts with two cards in hand. On your turn, take two actions — draw a card and play a card — in the order you wish. When playing a card, carry out the effect printed on it. At the end of each turn, the wind blows and all the cards on the board revolve around the center. 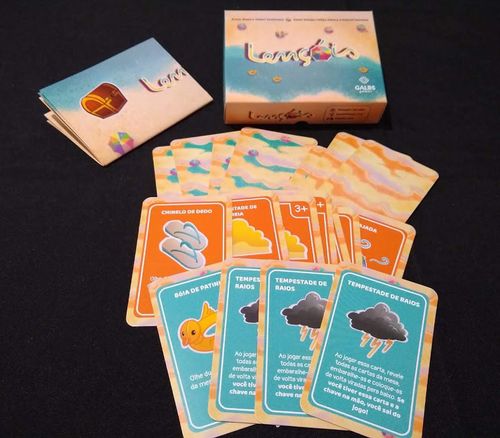 Lençóis is a game of strategy and memory, but with a good dose of about faces and attacks!