Open Banks in China, Slap Fish Like a Cat, and Don't Fall off the Ice 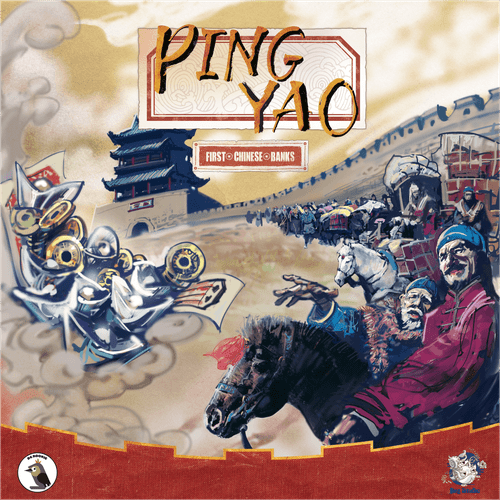 Now it's time for another round-up of "new games left open on tabs in Eric's browser for months", with titles featured here dating to January 2021:

• In early 2021, Chinese publisher Jing Studio ran a Kickstarter campaign for an English-language edition of Pingyao: First Chinese Banks, a game for 1-4 players from designer Wu Shuang that had debuted in 2017.

Here's an overview of the design, which is being co-published with Board Game Rookie and is due out in Q4 2021:
Quote:
During the Qing Dynasty, a time before coal-powered travel, citizens of Pingyao relied primarily on camels to cross through deserts, wilderness, plains, and cities to trade wealth and goods. The nation was divided, unable to operate an efficient economy. A national agency of bankers was established as a means to connect all of China. With a network of banking created, wealth began to accumulate, and the city of Pingyao became the financial heart of China.

Pingyao: First Chinese Banks is an economic dice-as-workers placement game in which players assume the role of famous Jin merchants in the Qing Dynasty. During the blossoming age of banking, players expand from Pingyao to open agencies across China, offering remittance services to businessmen in order to earn profits. The goal of the game is to build up money over eight rounds and be the wealthiest player by game's end.

Throughout the game, players must recruit reliable managers to oversee their agencies, which can grant powerful abilities. With cash in hand, players may deposit their earnings to gain interest or offer loans in exchange for government favors and fame.

Pingyao: First Chinese Banks also includes a solo mode in which you are challenged by a series of quests.

• Cat's Tsukiji from Benjamin Leung and Homosapiens Lab is a tiny game from December 2020 in which each of the 2-6 players dons a cloth cat paw on one of their fingers.

During a round, on the count of 3 you all simultaneously point to the fish card on display that you want, and if you're the only player to point at a card, you take it; otherwise, you don't. Collect cards to score points, and whoever scores 6 points first wins. 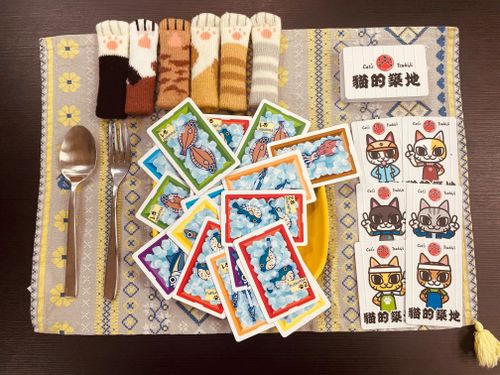 Cat paws!
• A more recent title from Homosapiens Lab and designer Chen Chih-Fan is Mandora Fever, about which I know nothing other than what's depicted here. I can tell you, however, that a "mandora" is a cross of mandarin and orange grown on Cyprus. Now you know what I know. 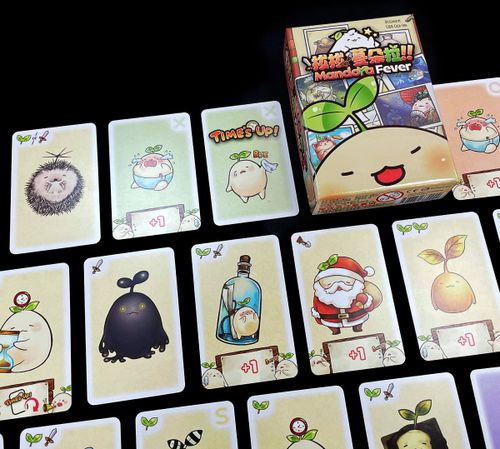 • Designer Tony Chen of Monsoon Publishing debuted in 2017 with two titles — Iberian Rails and Warriors of Jogu: Feint — and in February 2021 he noted that "we are almost ready to release the next five factions" for Warriors of Jogu. Aside from that, he's been working on a heavy Eurogame design titled "Quemoy" that he described in November 2020 as "One island, four workers, and many buildings."

Perhaps you can decipher some of the game from this image:

I'm a bit surprised not to have heard anything about this title yet, but I suspect that's due to events like Spielwarenmesse being cancelled. Otherwise we'd have video to share of lots of dice-chucking action. In any case, here's an overview of the gameplay:
Quote:
In Rolling Dice, the interior of the game box becomes a dice arena, with a cardboard ice floe stuck in place to give you a spot upon which to land your dice and one side of the box removed to make it easier to roll your dice. 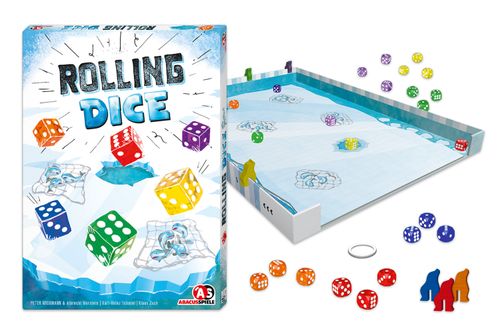 After scoring, start a new round beginning with whoever was first to place a die on an ice block, with all players once again rolling either three or four dice. The game ends the round that a player reaches or exceeds a certain point threshold, then the player with the most points wins.