Put the Trains in Place in Ticket to Ride: Track Switcher

Patron Badge for 2004 through 2021
Days of Wonder tends to announce a new Ticket to Ride item at least once a year, but the newest announcement from the French company isn't for a standalone game or a new addition to the Map Collection expansion line. Instead the announcement is for a logic puzzle from co-publisher Mixlore — another Asmodee studio — that uses the Ticket to Ride branding. 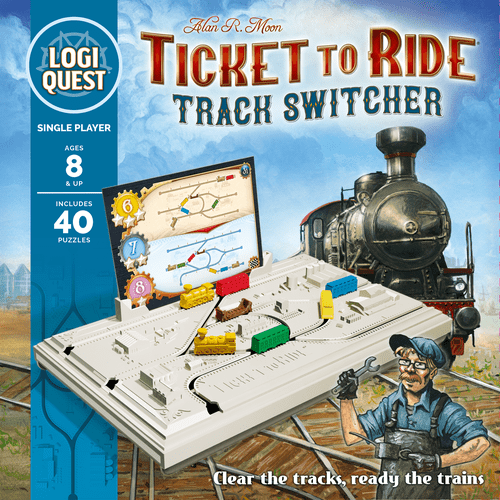 Here's an overview of Ticket to Ride: Track Switcher from the publishers:
Quote:
Welcome to the 1900, the Age of the Locomotive! Railways connect every major city in the country, allowing people to travel considerable distances in just a few days. Trains are more popular than ever before, and the railyard continuously bustles with activity as engineers and yard workers scramble to move cars onto their departure tracks. As a railyard manager, you have an essential role to play... 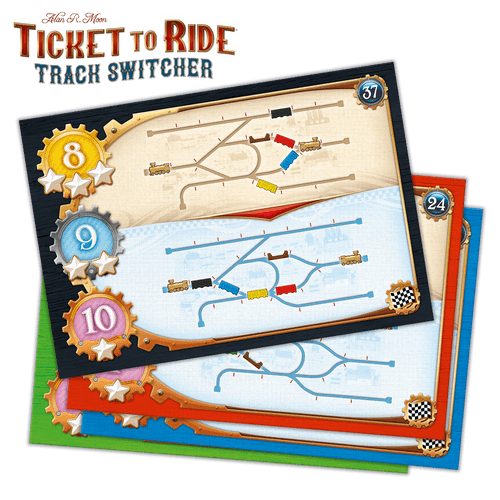 Sample puzzle
"The Ticket to Ride range of games have grown significantly in diversity and popularity over the last decade, and seeing a version that challenges players with logic puzzles is a delight", says Adrien Martinot, head of Days of Wonder. "The game is exceedingly fun to move the little locomotives in the train yard, and as you progress, the puzzles become more challenging. I admit, I had a hard time solving the last ones!"
Ticket to Ride: Track Switcher will debut in October 2021 with a price of US$25/€25 in the following languages: English, French, German, Spanish, Dutch, Finnish, Norwegian, Swedish, Danish, Polish, Lithuanian, Estonian, Latvian. Head to the Days of Wonder website to download the rules in the language of your choice. (Note that this item won't have a listing in the BGG database since it's a single-player logic puzzle and not a game.) 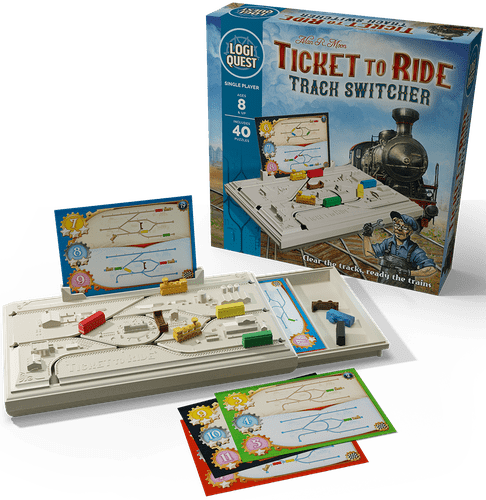