Brave New Adventures with Your Stone Age Tribe, Welcome Trees & Creatures to Your Bonfire, and Vary Your Set-up for War of the Ring

Patron Badge for 2018 through 2020
• In October 2021, German publisher Hans im Glück will release Paleo: Ein neuer Anfang (A New Beginning), a large expansion for Peter Rustemeyer's Kennerspiel des Jahres-winning Paleo that jumps ahead several thousand years, with your tribe trying to settle down while facing new dangers and tasks with new skills and tools. 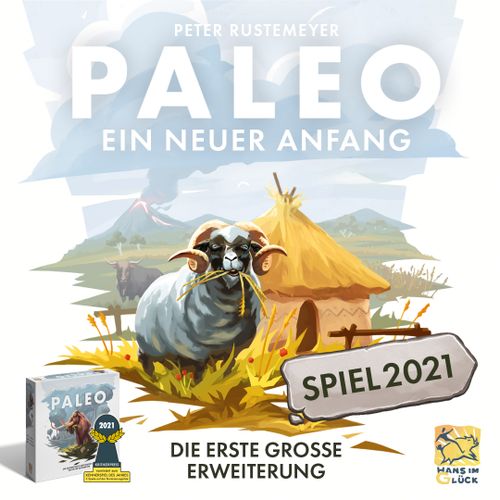 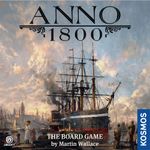 • Martin Wallace's Anno 1800 from KOSMOS will receive an expansion in 2022, according to the designer, who spoke with Wargamer (link) about what this item changes and adds to the base game.

Developer Stephen Hurn has detailed these changes himself on BGG, noting in a follow-up post that the expansion is meant to address concerns that people had about the base game. Here's an excerpt from Wallace in Wargamer:
Quote:
Moments in which cards were previously randomly allocated to players have been removed, and replaced with mechanics that grant players more choice in what cards they pick up. Similarly, every player will start with a similar set of cards instead of random draws, including the powerful "engineer" card that previously granted lucky players early access to advanced technologies. These minor changes are intended to reduce the randomness of your initial hand, and remove luck from the game.
• U.S. publisher Arcane Wonders has posted a cover image for an expansion to Jon Perry's Air, Land & Sea titled Spies, Lies & Supplies. No clue yet as to what's underneath the cover, but I can at least show you that. 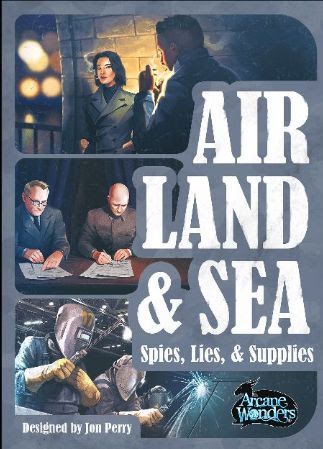 Also on the Air, Land & Sea front, Arcane Wonders will release a reskin of the base game at Gen Con 2021 titled Air, Land & Sea: Critters at War that has the same rules as the original version, but with critters and more vibrant colors. 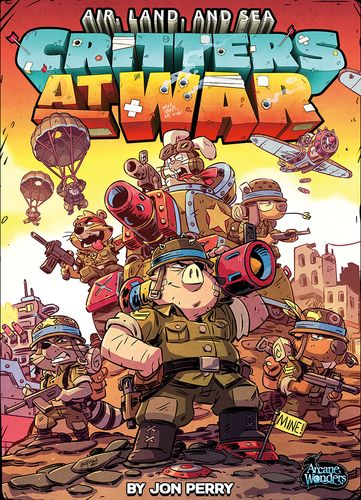 • Publishers Hall Games and Pegasus Spiele are inviting us to reignite Stefan Feld's big, 2020 release Bonfire with its first expansion, Bonfire: Trees & Creatures, which is a SPIEL '21 release. The Trees & Creatures expansion, designed by Feld and Tim Schleimer, allows you to add a fifth player and incorporates new modules bringing some new flavor to Bonfire as briefly described below by the publisher:
Quote:
On Asperia, every day is unique and brings surprising events that constantly change the life and work of the gnomefolk. Now ancient trees have been reinvigorated by the guardians, while the gnomes seek the help of mysterious and mighty creatures. 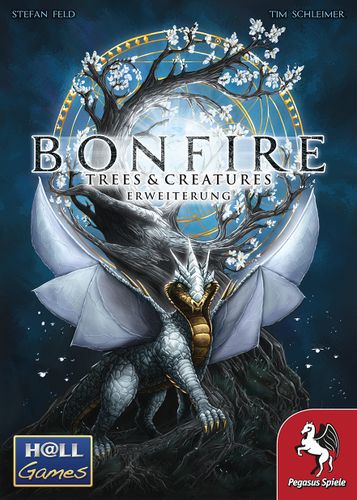 In Bonfire: Trees & Creatures, the story continues, with players being able to expand the base game with three modules that can be combined with one another, in addition to being able to add a fifth player. Players can expand their city by acquiring and placing tree tiles above their path tiles, unlocking useful bonuses and new ways to score at the end of the game. At the beginning of the game, each player drafts a creature card with a unique ability. Every time the player who began the game places a new fate tile, a new event card that changes a certain rule is drawn and affects all players.

• While combing through Virtual Flea Market listings for my local gaming convention last week, I managed to resist the urge to purchase War of the Ring goodies someone posted, but I was reminded that I need to get that thematic beast back to the table soon. After poking around the interwebs for other War of the Ring goodies, I was delighted to discover The Fate of Erebor, a new mini-expansion from Ares Games and designers Roberto Di Meglio, Marco Maggi, and Francesco Nepitello.

The Fate of Erebor, which is available for pre-order, allows players to change up Middle-earth history and change the set-up of War of the Ring as detailed below:
Quote:
What if the Battle of Five Armies was lost by the Free Peoples, and Dáin never became King Under the Mountain? What if the Dwarves of the Iron Hills were just the scattered survivors of their kin, fighting a strenuous battle to defend their homes? What if Dale was never rebuilt?

When playing the War of the Ring board game, we assume the "historical" outcome for the Battle of Five Armies. The Fate of Erebor is a variant for War of the Ring in which you assume the Shadow player won the Battle of Five Armies, changing the course of history drastically. Orcs settle in the Lonely Mountain and establish a stronghold there. Dwarves remain in the Iron Hills, but their community is far from thriving. In the wake of the lost battle, Laketown is no more, and the Kingdom of Dale is never re-established, with only ruins remaining. How much can the Fate of Erebor change the course of the War of the Ring? You can find out, playing this variant. 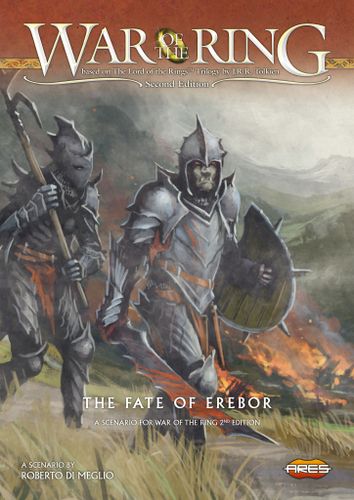 In this mini-expansion set for the War of the Ring board game, you can find all you need to "adapt" the game to this possible outcome of the Battle of Five Armies. This expansion contains a rule sheet, 4 board overlay tiles to place on the game board, and 8 alternate cards (4 Free Peoples Event cards, 2 Shadow Event cards, and 2 Alternate Gimli Character cards).

In the rule sheet you find the new set-up with the changes on the map, and all the instructions to play this alternative scenario, increasing the game's possibilities for all the fans.
The Fate of Erebor was included as a promotional item with copies of The Battle of Five Armies Collector's Edition and was given out with first print copies of the revised edition of The Battle of Five Armies, but it's great to see it will be more widely available for War of the Ring fans.