Become the Greatest Scholar of the Ming Dynasty, Compete Inside a Plant Cell, Run an Asteroid Mining Corporation, and Build Monsters, Potions, and Devices 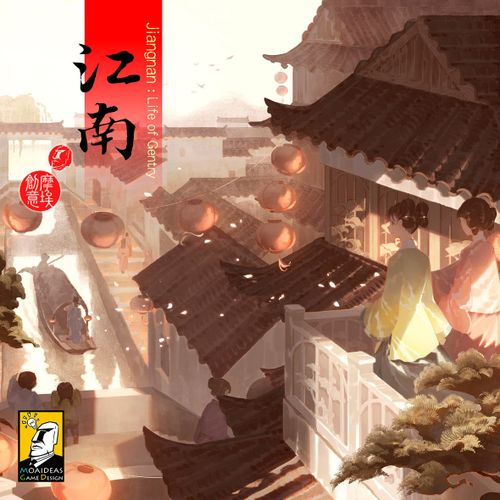 • In January 2022, Moaideas Game Design is re-launching a Kickstarter campaign (KS link) for Jiangnan: Life of Gentry, worker placement, bag-building game designed by DuGuWei, which can be played as through multiple campaigns or as a single scenario.

In Jiangnan: Life of Gentry, 1-4 players take on the roles of literati and artisans to curate works better than their opponents, in hopes to be declared the greatest artist of the Ming Dynasty. Here's a brief description from the publisher to hold you over until the Kickstarter launches with more details:
Quote:
It is the height of the Ming Dynasty. Literati artists hike and sail across the land searching for inspiration to compose the greatest works of the age. Those seeking the greatest fame present their work at the capital city of Nankin. However, aristocracy is fickle. Will you follow the latest trends, or start them?

Jiangnan: Life of Gentry is a worker placement and action tile bag building game for 1 to 4 players. Jiangnan can be played as a single scenario or through multiple campaigns. Players are literati and artisans of the elite gentry class living in Jiangnan, the prosperous region to the south of the Qinhuai River, and are highly skilled in literature, calligraphy, brush painting, and the musical and performing arts.

But you'll need the skills of bureaucracy to drive and guide aristocracy to evolve your work from today's latest trend to an everlasting classic to be sung and studied for thousands of years.
• CoLab is an upcoming worker placement game from Portal Dragon, which is also being re-launched on Kickstarter (KS link) in January 2022. CoLab is a worker placement, engine-building, dice resource game for 1-4 players, from designers Jonathan Gilmour (Dead of Winter, Dinosaur Island) and Jon Mietling (Palm Island, Planetoid).

In CoLab, players utilize their minions and mad scientists to collect resource dice and compete to build monsters, potions, and devices. In more detail from the publisher:
Quote:
The dawn of a new age approaches and we stand at the precipice. The unbridled power of nature awakens something within. Mysteries demand to be explored and the results are not always what we expect. Creepy creatures, dangerous devices, precarious potions, CoLaboratory Incorporated provides a shared laboratory space that is the perfect home for your and your outlandish creations.

Build interesting devices that open new possibilities. Brew potions that grant you fantastic on-demand abilities. Create strange monsters and earn great renown. All while keeping an eye on your fellow scientist and their minions. Scientists bring research into the lab to use on their experiments but they are not the only ones who benefit. Occupy a space adjacent to the research dice held by any minion and you can use it for your own creations.

Collect monster, device, or potion dice to generate more research that can be used on your creations.

With each new creation, your collection grows and the placement of each creation in your grid can create new opportunities or gain more renown. Once a player builds their 12th creation the end of the game is triggered and the player with the most renown (points) wins. 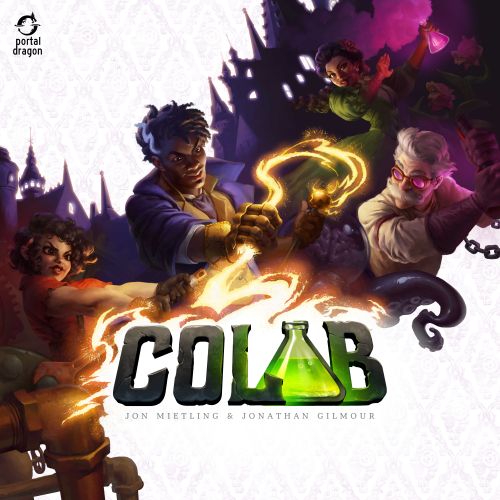 CoLab is a worker and dice placement game with dice collection. Players compete to gain the most renown through building monster, device, or potion cards over the course of the game. Each turn you send a minion to a tower space to gather resources or return a minion. Your minions also hold your resource dice. This resource can be used by players at either adjacent laboratory location. Then you place your player miniature on a laboratory location and either put the adjacent minions to work collecting more resources or build cards according to what is available at that lab. As the game progresses the board expands giving new opportunities for all players who visit that location.

Build a wide variety of monsters, potions, and devices or focus on one type to gain the most renown and win the game.

CoLab employs a series of '“take this”' mechanics where players provide resources, minions, or other opportunities to their opponents in exchange for resources or points. Balancing how much you give away with the opportunities your opponents may create is the real trick to becoming the most renowned scientist in CoLab.

• Cellulose: A Plant Cell Biology Game is a new worker placement game from educational board game aficionados Genius Games, and designers John Coveyou and Steve Schlepphorst. Cellulose was successfully funded on Kickstarter (KS link) in May 2021 and is now available for pre-order.

Cellulose plays with 1–5 players in 45–90 minutes and is a standalone sequel to Coveyou's Cytosis: A Cell Building Game, which was released in 2017. Cytosis had players competing inside a human cell, and now Cellulose sets us inside a plant cell.

Here's a high-level overview of what you can expect to be schooled on in Cellulose:
Quote:
Cellulose: A Plant Cell Biology Game is a worker placement game that puts 1-5 players inside a plant cell, where they will compete over limited resources in order to undergo photosynthesis, produce carbohydrates, and build the cell wall. With everyone vying for the same actions, players must time their use of proteins, hormones, and cell component cards in order to diversify their strategies and outplay the competition. 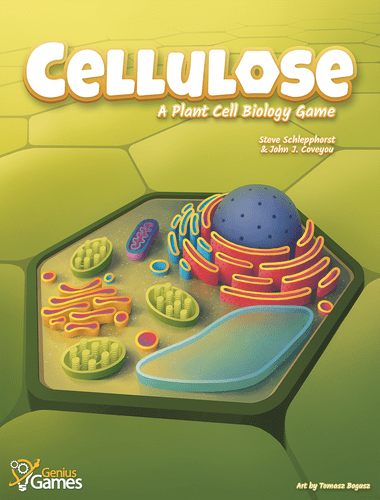 Cellulose is the standalone sequel to Cytosis (2017). It has some of the same DNA, but Cellulose expands familiar game systems, allowing players greater control over available resources, strategic paths, and even game length.

• Artipia Games is launching a Kickstarter campaign (KS link) in January 2022 for Ceres, a sci-fi worker placement game from designer Gustaf Sundström, where 1-4 players compete as asteroid mining corporations on Mars. Here's more on the setting and what you can expect from Ceres, which plays in 90–120 minutes:
Quote:
YEAR: 2219

The days of Earth being the center of humankind’s attention has ceased. The time of interplanetary spaceflights, space exploration and exploitation is already upon us.

CERES, the largest object in the asteroid belt stands as the last resort before the outer planets, a trading port established as the ultimate sign of stability within the chaos of the asteroid belt. Ceres is now the home of the Asteroid Mining Complex and its great establishment.

Take up the role of one of the Asteroid Mining Corporations. Plan and execute your company’s agendas, construct facilities, deploy mining probes in the asteroid belt, research for new technologies and exploit your power in the council of Mars. 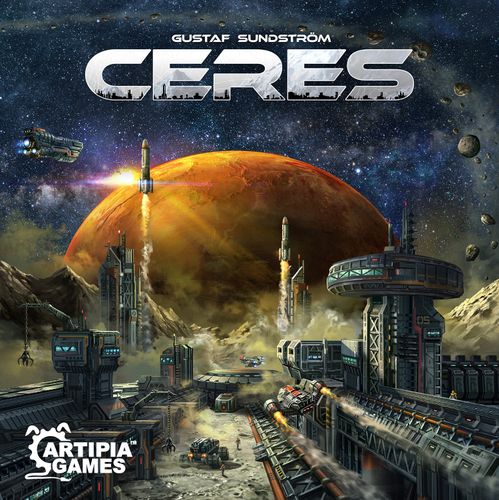 Ceres is a 1-4 player Sci-Fi worker placement game where players take the role of an Asteroid Mining Corporation in the near future and try to outplay their opponents and rule Ceres! The game consists of 3 rounds that represent 3 years in Ceres and the respective full business cycles of the corporations. Players can choose among a variety of actions including launching mining probes to the Asteroid Belt, trading raw materials, constructing and upgrading their core facilities as well as expanding the colony of Ceres, improving their technology through research and liaising with the Mars council in order to exploit their power even more!

Ceres has been co-developed with an astrophysicist for the best possible thematic applications and brings a couple of innovative twists to the worker placement genre!