Stand on Your Own in Legacy of Yu, Wreckland Run, and The Hand of Destiny 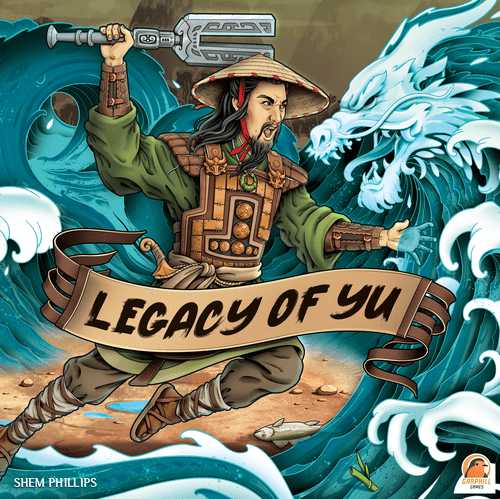 • Designer Shem Phillips of Garphill Games has included solitaire rules in nearly all of his releases dating back to 2016, but for 2022 he's going to release his first one-player-only game: Legacy of Yu.

Here's an overview of the game, which Phillips expects to bring to Kickstarter in mid-2022:
Quote:
During the reign of Emperor Yao, the people of ancient China were constantly plagued by deadly floods along the Yellow River. Eager to put an end to the devastation, Yao selected Gun, one of his officials, to devise a plan. After nine years of failed attempts using dams and dikes, Gun's employment came to a questionable end. After his passing, Yu inherited his father's work. Learning from Gun's failures, Yu set out to construct a series of canals to direct the surging river into nearby fields and smaller waterways.

Legacy of Yu is a solo-only, fully-resettable, nonlinear campaign game in which you step into the role of the legendary hero of the Xia Dynasty, Yu the Great. It will be your job to build the canals ahead of the impending flood, while also defending your growing village against neighboring barbarian tribes. With each game, stories will be shared and new gameplay elements added. The campaign features a self-balancing system which adapts to how well you are doing. The campaign ends once you either win or lose seven games. 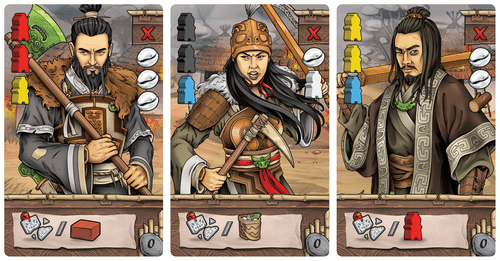 Sample barbarian cards
• U.S. publisher Renegade Game Studios has announced a third title in its "Solo Hero Series", with Wreckland Run from Scott Almes due to launch on Kickstarter on February 8, 2022.

The game's description is minimal, but the cover screams Mad Max: Fury Road, so you already have some idea of what you're in for with this design:
Quote:
Load up your vehicle with supplies, strap on a few weapons, and prepare to make your wreckland run. 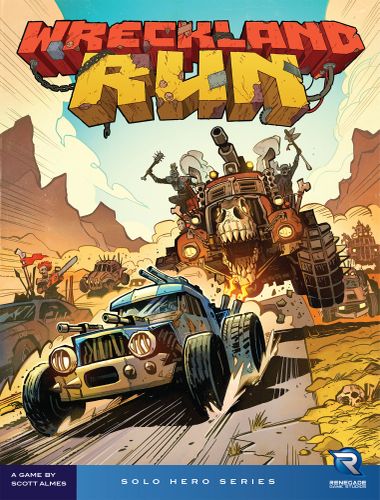 Wreckland Run takes place in a post-apocalyptic landscape known as the Wrecklands that's filled with marauders and other dangers. In this post-apocalyptic solitaire game of vehicular carnage, you choose a vehicle and driver to guide through a seven-chapter campaign, trying desperately to get supplies through to the last holdouts of civilization. Each chapter introduces new options and challenges, and the whole game can be replayed with different combinations of drivers and vehicles.
Renegade Game Studios notes that the KS campaign will feature an Anomaly expansion for Warp's Edge, another Scott Almes design and the second title in its Solo Hero Series following Kane Klenko's Proving Grounds in 2019.

• In Q4 2021, Barrett Publishing ran a Kickstarter campaign for three thematically-related games, two of which are solitaire-only designs, with the third being for 1-2 players. 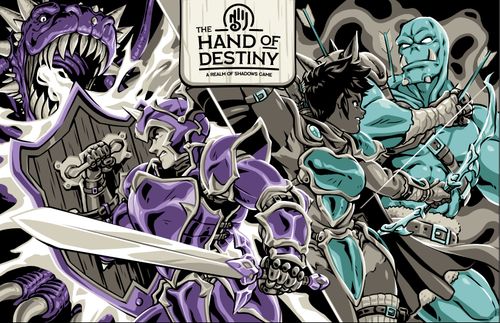 In The Hand of Destiny from Joe Klipfel, you face waves of minions ahead of a final boss battle, with everything taking place in your hands and not on a table. From the BGG game description: "You use your hero's limited strength resources and unique abilities to vanquish foes and move through the deck. Manage your health, upgrade your hero, and play cards as efficiently as possible to win the day." 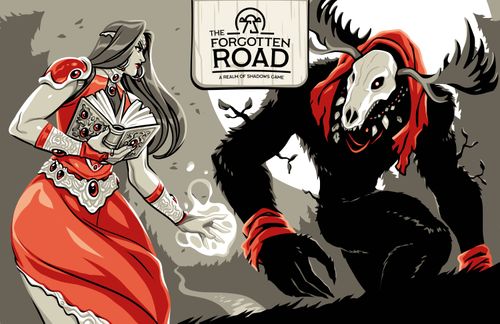 The Forgotten Road from company owner Gabe Barrett is set in a different part of the "Realm of Shadows", with you traveling down the road of the title, encountering threats on your way to rescue a fellow hero who has been placed in a dungeon. In more detail:
Quote:
The Forgotten Road is a hand-management game in which you need to play your action cards and use your special abilities as efficiently as possible to take out monsters, pass skill checks, move to new locations, and defeat bosses of ever-increasing difficulty. The game ends when either you run out of action cards or health and lose — or you defeat the final boss at the end of the road/dungeon deck and win. 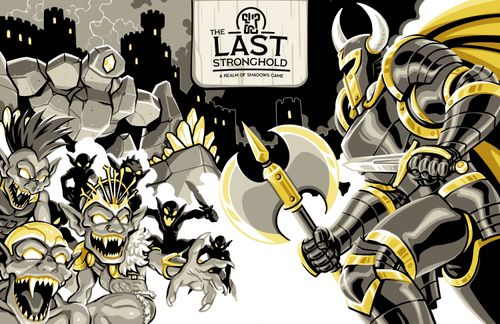 Barrett is also the design of The Last Stronghold, a co-operative design for 1-2 players that also has you trying to hold on until you can defeat the leader at game's end. In some detail:
Quote:
The forces of darkness have pushed all the way south, destroying everything in their path. The city of Lux is all that stands in their way from completely overtaking the realm. A small group of heroes must work together to fend off the evil army long enough to take out its leader.

The Last Stronghold is a dice-driven siege game in which you must fend off monsters in the areas surrounding Lux and prevent them from overtaking the city. You use special abilities and magical artifacts to manipulate the dice and monsters, with the goal of eventually taking out the final boss...should you last long enough. On your turn, you add threats to the board, decide which threats you want to deal with, move to that location, roll dice and use hero abilities to get rid of those threats, and repeat until you either defeat the final boss OR all heroes are incapacitated OR the main city you're protecting takes too much damage.
All three "Realm of Shadows" titles are due out in mid-2022.