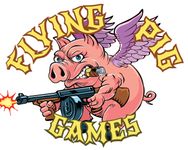 The second edition of Old School Tactical: Volume 1 features new artwork illustrated by the game designer on soldier and vehicle counters, along with updated rules and player aids, and two new tutorial scenarios. With the second edition enhancements, it sounds like this is a great time to get check out the OST system if you've been wanting to try it out. If you're not familiar with Old School Tactical, here's a brief overview from the publisher:
Quote:
Old School Tactical is the first in a dynamic series of fresh, tactical war games. OST simulates, through an easily-learned game system, small unit engagements on the Eastern Front during 1941-42.

Two players contest each scenario using counters representing the soldiers, guns, and vehicles that fought these desperate battles. On each turn play goes back and forth between the sides as Impulse Points are spent to enable a player's forces to act. When the battle is over, casualty and victory points are tallied and a victor is declared. 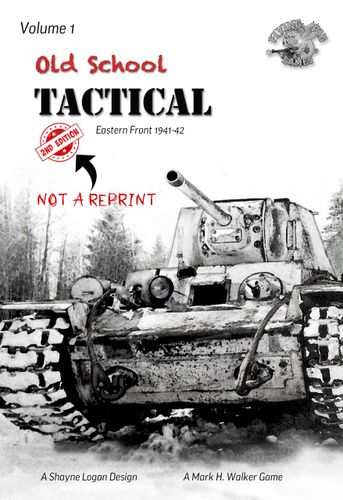 Infantry target other soft units and attack using their Firepower value against the target’s Defense value. The attack can be modified by Leadership, support weapons and terrain effects. And when things get intense, Assault moves into enemy hexes result in deadly Close Combat. Dice rolls are made using the Infantry Combat Table and results are implemented. Attacking armored vehicles requires a roll to Hit the vehicle at range. If a Hit is scored, the Firepower value of the attacker’s gun is used against the target’s front or flank Defense value. Dice rolls are made using the Vehicle Combat Table and results are enforced. Vehicles may also use their HE Firepower value and secondary armaments directly against soft targets using the Infantry Combat Table.
Also, let it be known that this is definitely not a straight-up reprint, if it wasn't evident from the box cover image above and Kickstarter title ("Old School Tactical Vol I NOT-A-REPRINT 2nd Edition").

• If you're interested in more maps and scenarios off the bat for the new, second edition of OST, you can snag a copy of the Red Blitz expansion, which is available as part of the Old School Tactical: Volume 1 – Second Edition Kickstarter campaign. Here's a taste of what you can expect from Red Blitz:
Quote:
In the vein of Old School Tactical Vol 2's Phantom Division we present Red Blitz. To be sold during the Kickstarter for Old School Tactical Vol I 2nd Edition, this boxed expansion will add more scenarios that occur during the vicious fighting of Operation Bagration in the summer of 1944. 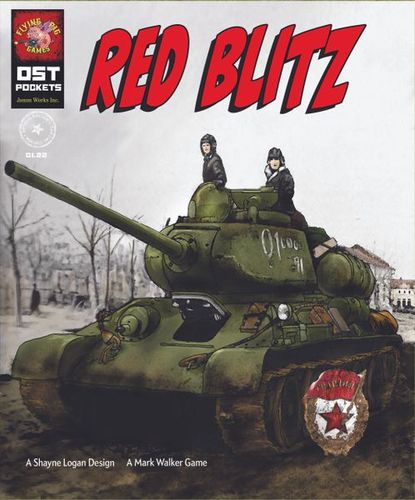 Specifically, there are 6 challenging new scenarios, and an extended battle to be gamed on Vol I's Map 1. The extended battle is a multi-part legacy scenario, where the day's gains remain in your hands and reinforcements are fed into the battle. A running score is kept and the winning side is determined at the end of all the rounds.

The "one-off" scenarios are fought on 4 new pocket maps, depicting summer and winter terrain. Additionally, Red Blitz presents new combatants, including the SU-76M, SU-85, OT-34, PT34, ISU-152, IS-2StuH-42 and the Nashorn.
• Clash of the Ardennes is a unique and accessible, 2-player, tile-laying, tactical wargame designed and self-published by Elwin Klappe. After a successfully funded Kickstarter campaign (KS link) in April 2021, it is now available for pre-order.

Clash of the Ardennes features wooden unit pieces, pits players against each other as the Allies (Americans) and the Axis (Germans) during the Battle of the Bulge, and plays in 30-90 minutes. Here's a brief description of how it works:
Quote:
During one of the toughest battles fought in World War 2: the Battle of the Bulge, you face the difficult task to conquer important streets in the Belgian city of Bastogne. 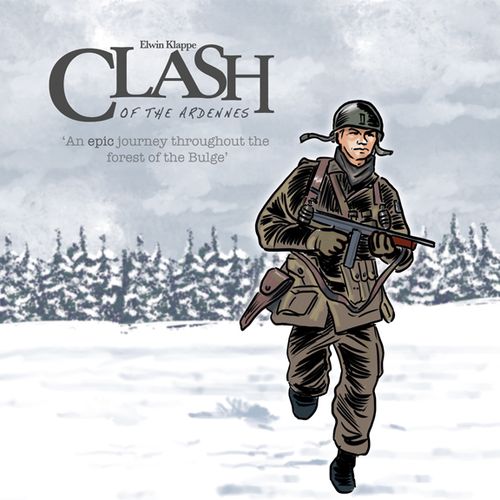 In Clash of the Ardennes you have control over the Allied or Axis forces and you have to obtain your goal, which is described on your 'Objective card' (drawn at the beginning of the game).

Use all of your (special) units wisely, because you will run out of units very quickly. Place them strategically and tactically on 1 of the 7 streets, always think ahead and try to reach your objective a little bit sooner than your opponent.
• Tank Duel designer Mike Bertucelli created a new, 1-4 player solitaire/team, World War II submarine game called Wolfpack, which is currently available for P500 pre-order from GMT Games.

Wolfpack features a campaign system where players track the progress of their crews, linking multiple patrols together to gain as much experience as possible from sinking allied merchant ships. Here are some more details from the publisher on the setting and a tidbit on what you can expect gameplay wise:
Quote:
Wolfpack is a tactical, historical game depicting the struggles between the German submarine Wolfpacks and the allied merchant convoys of WWII. Wolfpack is set in the vast North Atlantic from late 1941 to early 1943.

Wolfpack is a 1-4 player solitaire/team game. When playing solo, the player will command 2 - 4 submarines. In a team game, players will command 1 - 2 submarines depending on the number of players. The convoy merchant ships and escorts will be controlled by an AI system. In Wolfpack, players will assume the role of a German WWII submarine commander. Players will need to work together to achieve victory. 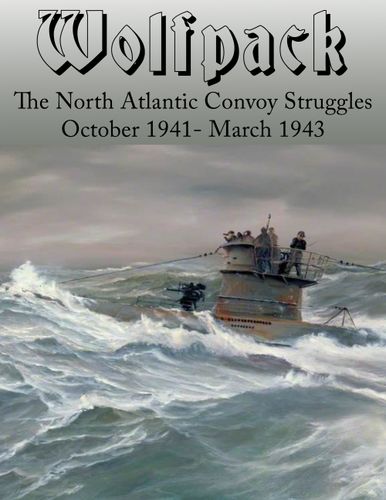 In a game of Wolfpack, players will start by approaching the Allied merchant ship convoy while trying to make it through the escort's screen undetected. If successful, your submarine will make an attack run on the convoy. As the commander, you will make many decisions like maneuvering your submarine to the best firing angle while making TDC (torpedo data computer) calculations for each of your torpedos, trying to achieve your best shot. You will issue orders to your crew to deal with any damage that your submarine may have sustained. Should we run silent? Do we press the attack? The decisions are up to you. Do all of this while trying to sink as much allied merchant ship tonnage as possible and avoid being detected and sent to the bottom by the allied escort ships.
I have had a blast with my handful of plays of Tank Duel: Enemy in the Crosshairs, so I'm eager to see what Bertucelli has cooked up for us with Wolfpack.