Before Dune, Try to Survive Arrakis: Dawn of the Fremen

Patron Badge for 2004 through 2022
After releasing a revamped version of Dune in 2019 and the scaled-down Dune: A Game of Conquest and Diplomacy in 2021, publisher Gale Force Nine plans to release its third Dune title in June 2022, with Arrakis: Dawn of the Fremen coming from designers Bill Eberle, Jack Kittredge, Peter Olotka, Greg Olotka, and Jack Reda.

Here's an overview of the game, which is for 2-4 players and which takes 60-90 minutes to play:
Quote:
Arrakis: Dawn of the Fremen is set more than a hundred generations before the Atreides came to Arrakis, and the game focuses on the hard choices Fremen leaders made when bargaining, co-operating, and competing in the harsh Arrakis environment to gain and protect scarce resources and create the communal cave dwellings they called "sietches". 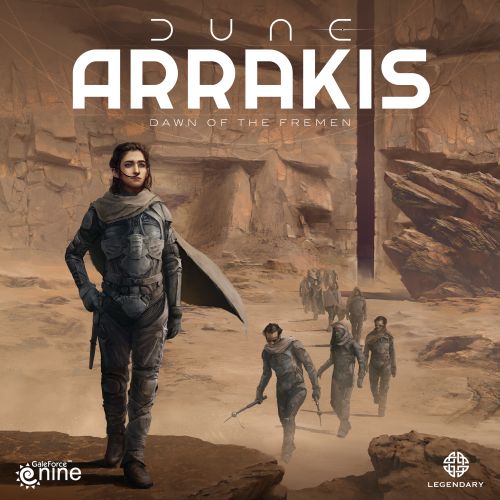 In this brutal, cutthroat game, you control a tribe of Fremen warriors who are struggling to gather the resources of Arrakis, develop the weapons and sietches you need to survive, and harness the power of sandworms for battle. Gameplay is split into three sections:

• Harj — the final part of the game set-up in which players jockey for position
• Initiation Cycle — the first cycle of the game, with a few restrictions to ease into gameplay
• Cycles — each cycle is split into several phases, with cycles continuing until the game is won

You can conquer Arrakis two ways, by controlling the winning number of sietches at the end of the action phase or by unanimous decision of the council when all players agree that you cannot be prevented from winning... 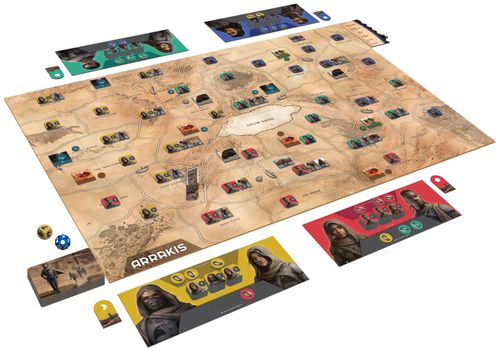