Take Part in the Taíno Resistance in Borikén, and Help Migrants Travel Safely in La Frontera 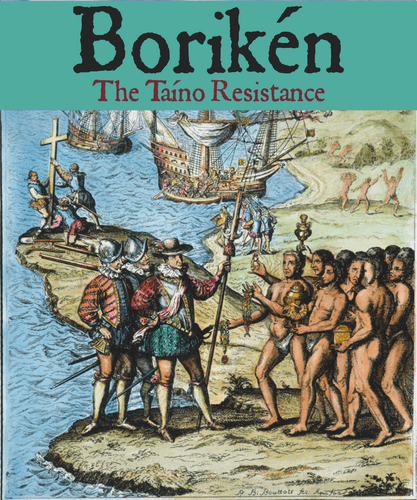 • Julio E. Nazario's first two published designs — Ctrl and Holi: Festival of Colors — were both somewhat abstract games about moving through space, but his work goes in a new direction in Borikén: The Taíno Resistance, which is currently part of GMT Games' P500 preorder program.

Here's an overview of this 1-4 player co-operative game:
Quote:
Borikén — that is, modern-day Puerto Rico — is now home to a people that proudly trace their heritage back to its Taíno, African, and Spanish roots. These three different cultures were brought together by some of the worst measures of the human condition — greed, slavery, and genocide — but the result is a vibrant culture, rich with history and traditions, and known for its beauty and passion.

The Taíno people are gone, but they live on through the people who are trying to connect the broken pieces of their culture almost five hundred years later. To that end, this game tells the story of Borikén through the eyes of the Taíno people, a people who existed and faced their own challenges even before the Spanish arrived on their shores (pre-1493), who rallied together to try to rid their home of the overwhelming invaders (1493-1512), and in failing to do so had to make hard sacrifices so that a few might survive (1512-1529).

In designing and developing Borikén: The Taíno Resistance, we decided that in an effort to convey a holistic picture of the Taíno people, no part of their story could be left out, so the campaign game combines three unique scenarios, each covering one of the three eras of Taíno history, focusing on the type of conflict in which the Taíno people were engaged.

These three game scenarios can be played individually as standalone games or played as a three-part campaign in which the end state of each game serves as the set up for the next. Each game scenario accommodates 2-4 players and takes between 45-90 minutes to play.
You can check out the game listing on the GMT Games website for details on the scenarios and an overview of game mechanisms. Alternatively, you can check out this interview of Nazario by Jason Perez of Shelf Stories:

Here's an overview of this 2-7 player card game that's due out in Q3 2022:
Quote:
You are peanut butter makers for Nerdy Nuts! Decide what flavors you want to create from Chocolate Marshmallow to Banana Cookie and everything in between, then prepare your jars and collect the right ingredients for your special peanut butter creations. You can add mystery ingredients for extra flavor, but don't push your luck too far or your sweet treats might end up too salty instead!

In Peanut Butter Belly Time, players draft ingredient cards to create jars of peanut butter. Each card also has a scoring rule on it, but only one card will score for each jar. Players may take orders from a central display if they can fulfill them, and an order replaces a jar's normal scoring. Players can also compete for ingredient majority cards. 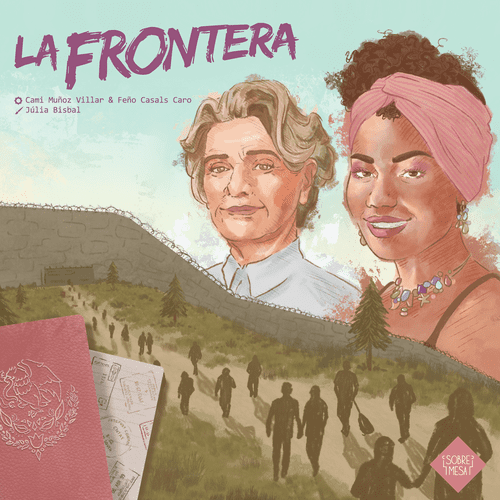 Here's an overview of this two-player game that takes 60-90 minutes to play:
Quote:
La Frontera is a co-operative game for two players in which one player represents the migrants, a group of people who for different reasons have had to leave their country and seek to settle elsewhere. The other player takes on the role of an NGO whose mission is to facilitate the entry of migrants.

Both players must work together, taking care of their confidential information, so that the greatest number of migrants reach the Residence, avoiding bureaucratic, political, social, and economic obstacles before it's too late.
Designer Hilko Drude has a special interest in Latin American games and has been adding them to this GeekList as he adds them to the BGG database. Here are a few notes that he received from the publisher about this game:
Quote:
La Frontera was born from a need to put immigration as a topic on the table, literally and figuratively. We want to open spaces for conversation through a relaxed and pressure-free environment so that people can reflect on the various issues involved in immigration processes, both for people who migrate and for people who live in destination countries. 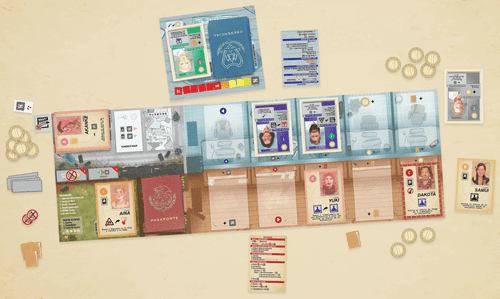