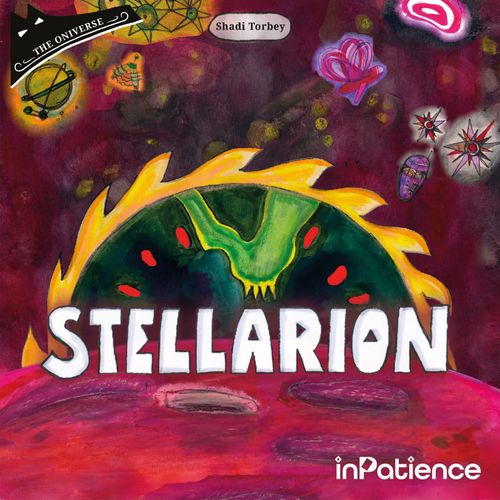 Designer Shadi Torbey has announced a new entry in his Oniverse series of games: Stellarion, with this 1-2 player game being due out in Q3/Q4 2022.

Here's a succinct overview of this design, which will have editions in both English and French:
Quote:
You are the director of the Observatory. With your telescopes aimed at the stars, planets, and nebulas of the Oniverse, you are ready to launch daring spaceships into the skies.

Stellarion, the sixth entry in the Oniverse series, is a deck-management game. All the cards you need are split into eight decks, and you know the contents of each one. You'll need to manage all these resources to ensure that you have the right cards available at the right time.
You might notice a new publisher label on the box — inPatience — and this company is Torbey's own. In response to my outreach, he passed along the following statement:
Quote:
After ten years of fruitful collaboration, the Oniverse series will no longer be published by Z-Man Games.

I've known Z-Man in practically all its "avatars": first as what was almost a one-man operation run by Zev Shlasinger, then later as what I would call a family business after it was bought by Sophie Gravel and merged with Filosofia, and finally, following Asmodee's acquisition of F2Z, as a branch of a huge multinational company.

I have enjoyed working with this publisher in each of these iterations and was rather proud to see my games released under its label — even if I must admit that, in its latest avatar, I felt like an independent director shooting personal movies within a big Hollywood studio specializing in blockbusters.

I was thus only half-surprised when Steven Kimball, at that time head of Z-Man, told me in 2019 that, in spite of the good sales and reviews of Aerion, the company would not pursue the Oniverse saga.

It was at this point that an old idea (as old as Onirim, actually) resurfaced: I would create my own publishing house. In 2009, I had presented Onirim to Zev to see whether he would be interested in licensing the game for the U.S., thinking to publish it myself for the French-speaking market. His counter-offer was an exclusive global contract. It was too tempting an offer to pass on — and I have never regretted accepting it since.

Ten years later, even with Steve Kimball offering to transfer the series to another established publisher, the time had come to make my project a reality.

This is how inPatience was born. inPatience will debut by publishing the next chapter of the Oniverse, Stellarion, and by making all previously published games in the series available again. We will pursue the Oniverse until its completion (nine chapters are planned in total), releasing one game a year.

But inPatience will be home not only to the Oniverse (nor only to games I create). We have already signed two games by immensely talented designers, and are very excited — I dare not write impatient... — to release them in the coming years. The first is planned for 2023. 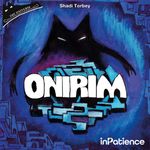 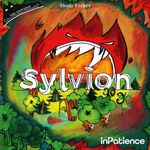 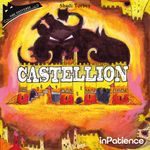 Our motto: Each of our games will be playable solo. They won't all be solitaires — actually, for the time being, none of our planned games is exclusively solo — but each will have one-player rules that are more than an afterthought or a pasted-on addition.

We are looking forward to seeing our games on the shelves of your FLGS, to being devastated by some negative comments, delighted to read positive reviews, to presenting "our" games to you.

In short, we are looking forward to being a publishing company.
Torbey has clarified that all of the inPatience editions of the existing Oniverse titles — Onirim, Sylvion, Castellion, Nautilion, and Aerion — should be available at the same time that Stellarion debuts. Each of these titles will have a separate English and French edition, and Asmodee NA and Asmodee UK will distribute inPatience titles in English, while IELLO will distribute the titles to French-speaking territories. Adds Torbey, "Devir will have a Spanish-Portuguese edition of Onirim, and Oliphante will bring Onirm and Stellarion to Italy." 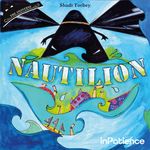 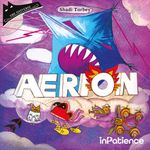 Previously released promos for Onirim and Sylvion will not be included in these new editions. Says Torbey, "We are thinking about ways to make them available easily."

Torbey and inPatience plan to have a booth at SPIEL '22, so if you're missing a title from your Oniverse collection, haven't yet tried these intriguing designs, or are also an opera fan, be sure to visit!