Bid for Land on Mars, Quest More for Thunderstones, and Revisit Middle-earth Again 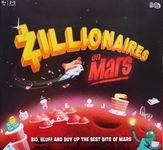 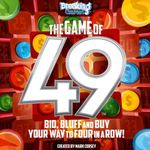 Let's follow up a recent post about spinoffs and sequels with another set of titles seeing new life:

• Designer Mark Corsey's auction-based The Game of 49 has been reborn as Zillionaires on Mars thanks to UK publisher Big Potato.

Here's a quick overview for those unfamiliar with this 2014 release:
Quote:
Starting with $49 apiece, players in The Game of 49 bid to buy spaces on the 49-square (7-by-7) game board. Randomly drawn number cards are auctioned one at a time, with the highest bidder placing a chip on the matching board space. Wild/Payoff cards give players a choice of where to place their chip and also award cash to all players for their chips on the board: $7 per chip, with a maximum payoff of $49.

The first player to claim four spaces in a row, in any direction, wins.

Zillionaires on Mars keeps the same gameplay as in the game's original release, but with dollar values now in the zillions as players bid for lots on Mars.

• Designer Ta-Te Wu released the tile-laying game Cleocatra through his own Sunrise Tornado Game Studio in 2020, and now U.S. publisher Chronicle Books has released the game in a new edition.

Here's an overview of how to play this 2-4 player game:
Quote:
Each player has a team of three cat rescuers. To set up, the starting player flips a pyramid tile at random, then places a rescuer on it. Each other player in turn draws and places a tile, then adds a rescuer to it. 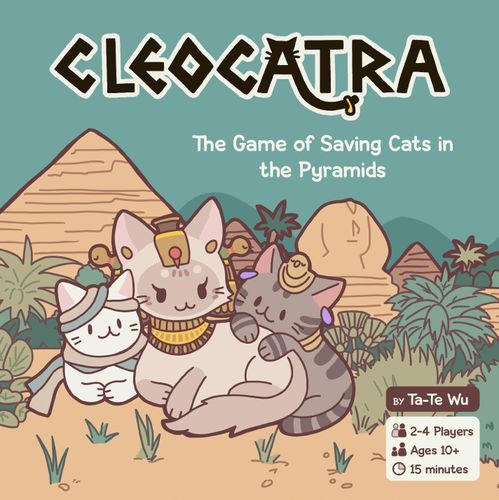 Once a player hits 23 points, you complete the round, then see who has the most points. The tiles also contain bonus powers, and you can choose to use those to add more challenges to gameplay.
• I've seen mentions of War of the Ring: The Card Game for many months, with this 2-4 player game being the work of designer Ian Brody and publisher Ares Games and carrying this brief description:
Quote:
War of the Ring: The Card Game is team-based and asymmetric. Each player controls one or more of the factions in War of the Ring, either on the side of the Free Peoples or of the Shadow Armies, using a unique deck, reproducing the strengths and weaknesses of their specific factions. 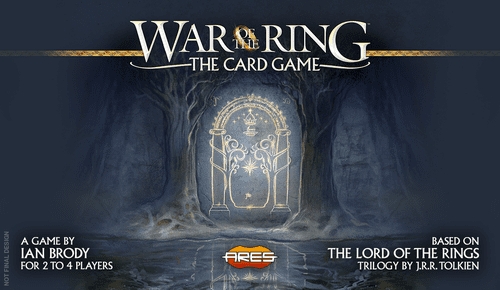 Ares Games has announced that it will demo this design at UK Games Expo 2022 on Saturday, June 4 at 14:30, with the game due out in late 2022. For more details, check out this preview article on Dicebreaker from December 2021. 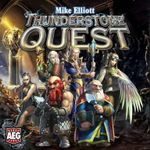 • U.S. publisher Alderac Entertainment Group re-launched the Mike Elliott deck-building game Thunderstone as Thunderstone Quest in 2018, and the line is being re-worked again in 2022.

On May 17, 2022, AEG launched a Kickstarter campaign for what it's calling "Deepwood Defenders", with this offering fans of the game two new quests: Nature's Wrath as quest #12 and Rotten Roots as quest #13. Additionally, AEG is repackaging the base game as Thunderstone Quest: Starter Set, with quest #1 being included in this box and with quests #2-11 being re-packaged into their own individual boxes. 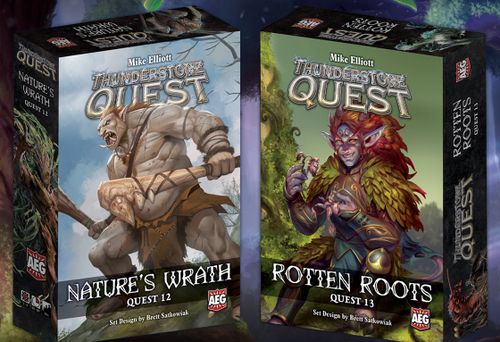 In a comment on BGG, AEG's Ryan Dancey notes that "we are not going to be continuing retail sales of any Thunderstone product after this year's Kickstarter (although stores who buy directly from us via our Alpha Store program will have access to these products for their stores)", which is an interesting approach to take, similar to what Plaid Hat Games is doing with Ashes Reborn as described in this August 2020 post.

In a separate comment, Dancey added, "[W]e will keep doing an annual Kickstarter as long as there's customer support..."