For SPIEL '22, Practice Precognition, Surround a Totem, and Investigate Critically

Patron Badge for 2004 through 2023
The SPIEL '22 Preview will launch on Monday, July 4, 2022 — just over three months ahead of SPIEL '22's opening date of October 6 — and here are three of the nearly two hundred titles currently listed: 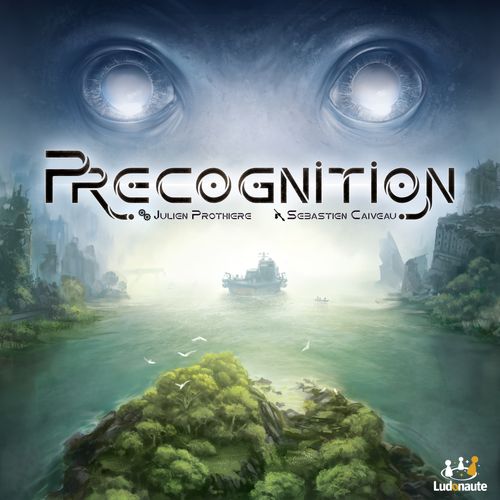 • French publisher Ludonaute will debut Julien Prothière's Precognition in September 2022, with this 2-4 player card-drafting game giving you the opportunity to pass cards to yourself to plan for future happenings. An overview:
Quote:
In a post-apocalyptic world, play as a Prescient — an Ymune gifted with the power of precognition. Going down the Great River, you explore the banks to rescue contaminated humans, hire Ymune doctors to treat them, or employ Ymune protectors to secure the boat from banes to come. Try also to collect batteries to activate the machine rooms of your boat, or food to feed the new healthy humans. 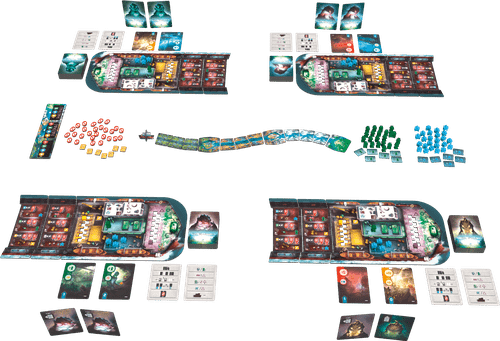 During the action phase, you activate the card you chose and the card chosen for you, using powered machines as well, if possible. To close the round, heal all possible contaminated humans, manage any banes from which you suffer, then move forward on the Great River. After three rounds, you must feed the newly healed humans. In the end, whoever has the the greatest number of healthy humans wins.

• Yoxii is a new abstract strategy game from designer Jeremy Partinico and publisher Cosmoludo that seems like it will fit well with the other two-player-only titles in this game line, like Pantareï and Mana. Here's how to play:
Quote:
To win Yoxii, you must circle the totem with your strongest pieces. 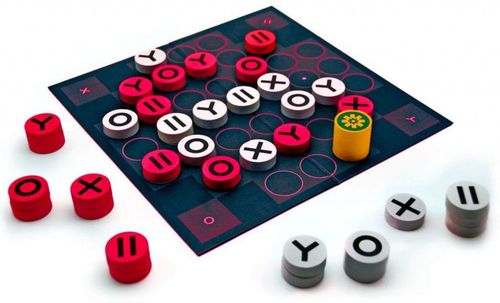 When the totem is unable to move, the game ends. Sum the value of each player's pieces adjacent to the totem. Whoever has the higher sum wins; in the event of a tie, whoever has more piece adjacent to the totem wins.
• To continue with French publishers, we have Gigamic with Critical: Foundation – Season 1, from designers Yohan Lemonnier and Kristoff Valla. 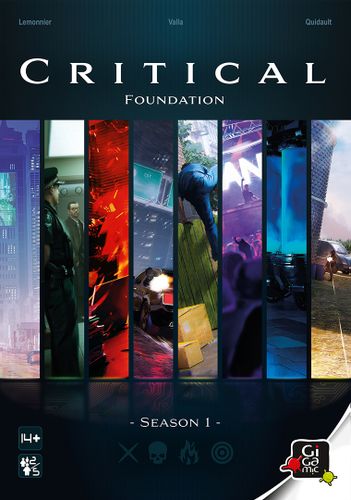 This title is on the borderline of gameiness for database purposes, but let me give you the overview first:
Quote:
It's 2035, and the world has changed a little. Huge multinationals have taken over, and nanotechnologies are part of everyday life. Icarus was created to respond to the new challenges that this new way of life brings. Its goal: Investigate sensitive cases and undertake delicate operations.

Critical: Foundation – Season 1 is constructed like a television series, with each of the nine episodes taking 30 minutes to play. You can take on the role of Gamemaster, who directs the adventure, or play as one of the characters to put yourself in the story. The game provides an RPG-style experience with board game scaffolding via character cards and dice-based combat. 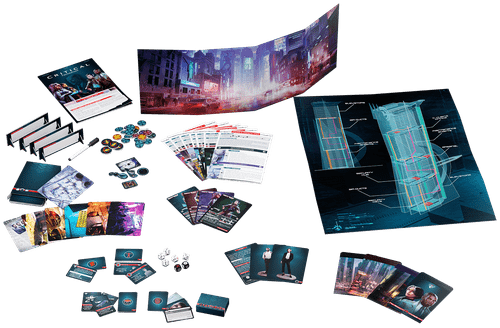 What transforms this into a game based on BGG guidelines is that this title is "Season 1", and what happens in Season 1 will affect the starting conditions for Season 2, assuming you carry on your game to that title and assuming that title appears in print and assuming manufacturers don't run out of paper and can't print any more games.