Prove Your Innocence, Save Lost Children, and Indulge on Dulce

Patron Badge for 2004 through 2022
Let's check out a few other newly announced games that have been added to BGG's Gen Con 2022 Preview, whether for purchase or for demo games.

• Designer Marc Paquien and publisher Matagot worked together previously on 2018's Treasure Island, and they're partnering again on a new release in late 2022 that springs from similar source material. Here's an overview Peter Pan, a 2-5 player game that plays in 45-60 minutes:
Quote:
Welcome to Neverland! Become Peter Pan, Wendy, Tinker Bell, Tiger Lily or even Wendy's brothers, John and Michael. Go out on a quest to find the Lost Children who...got lost on the island. Explore every location, lead the other players wisely to finding some of the Lost Children. You will need to co-operate to find them all. After the game, the island will change for the next those children lose themselves — and you know it will happen again! 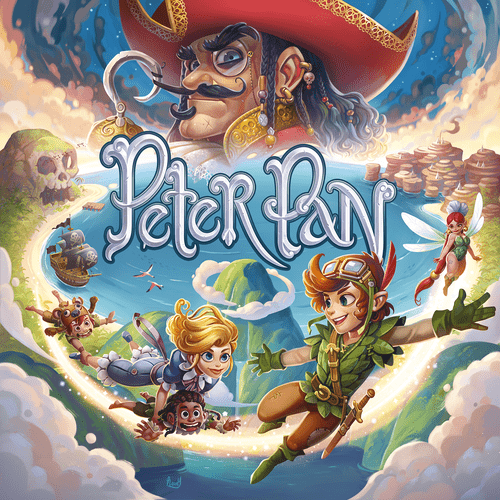 After choosing your character and learning about your special abilities in Peter Pan, each player is responsible for hiding a pirate and a Lost Child. Thanks to a hand of clue cards representing dreams made by the characters, each player can give clues on the location of the Lost Children or the pirates to avoid. These clue cards are played on another player's board by placing them on a "scale of relevance" ranging from "Exactly" to "Not at all". The player then needs to correctly interpret the clue to move around and search for the Lost Children in the correct area. The game is won when five Lost Children have been found, but it ends if you encounter the pirates more than twice.

At the end of a game and depending on your success, a die roll will change the topology of the island, bring in new rules, and determine how you pursue your adventure. If you lost, the island may become easier to explore or bring new characters to help you, but if you won, new characters and a new type of island will make your new adventure a bit more difficult quest.
• Co-operative gameplay is also at the heart of Almost Innocent from first-time designer Philippe Attali and publisher Kolossal Games. Here's the pitch for this 2-4 player game due out in 2023 and available for demo games at Gen Con 2022:
Quote:
Almost Innocent is a co-operative deduction game with a progressive story in which your teammates must work together across different scenarios to prove your innocence. 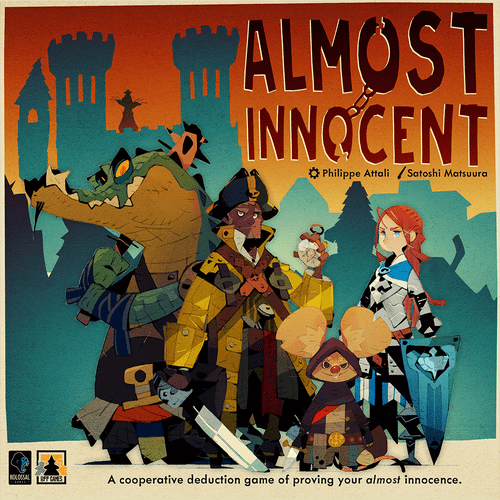 Each player will be responsible for the solution of another player. Turn after turn, each player asks select questions that will help not only them, but everyone else playing as well. The goal is to find out who committed the crime, with what weapon, and where before time runs out!
• In May 2022, I covered a dessert-based game from designer Julio E. Nazario, and he has another sweet game that will debut at Gen Con 2022 from Stronghold Games ahead of its Sept. 7, 2022 retail release. Here's an overview of Dulce, which accommodates 1-4 players:
Quote:
Competition is tough in the world of sweets. You need to plant your fields strategically with cacao, coffee, peanuts, and vanilla, then use those beans efficiently to make the best confectionaries around! Using every resource is necessary to beat out your competition. 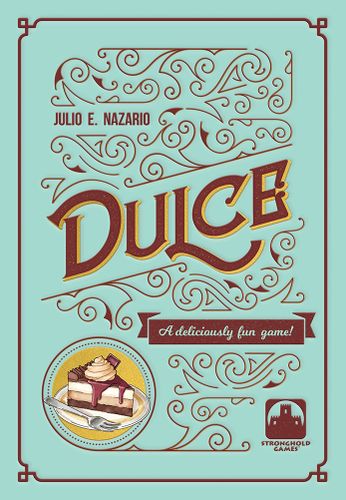 In Dulce, each player has their own deck with beans on one side of each card and a factory on the other, as well as their own field in which to plant. Every round, one player draws a card and the others search their deck for the same card, then everyone chooses their action simultaneously: plant, harvest, or build a new factory. Planting gains you new cacao, coffee, peanut, and vanilla resources, and harvesting allows you to use those resources in your factories.

Each confectionary made in your factories earns you one point, and at the end of twenty rounds, the player with the most points wins!
• Avalon Hill has announced that it will demo The Yawning Portal: A Dungeons & Dragons Strategy Board Game, with the only other info being that the game is for 1-4 players and is set in the "Forgotten Realms" environment.