• Feuerland Spiele, for example, has announced a Q4 2022 release date for La Famiglia: The Great Mafia War from first-time designer Maximilian Maria Thiel. Here's an overview of this four-player-only game that takes 2-3 hours to play:
Quote:
In the 1980s, a merciless battle raged in Sicily that would later go down in history as "The Great Mafia War". Different mob families fought with and against each other for supremacy in southern Italy. 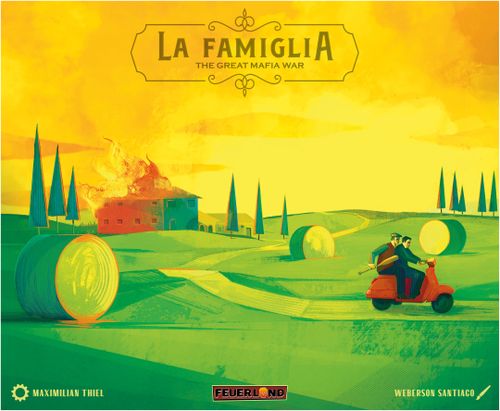 In La Famiglia: The Great Mafia War, you play against each other in teams (2 vs. 2) to take control of Sicily. Six different mafia families, each with special abilities, are at your disposal. The game rounds are divided into two phases: In the planning phase, you develop your abilities and bring fighters as well as secret orders to the board. In the combat phase, these orders are revealed and executed. Here, you use your fighters and bombs to dominate as many regions as possible. The combat system is both simple and innovative, making every fight an exciting psychological duel. The team that best combines and coordinates its abilities will finally dominate Sicily.

La Famiglia is an extraordinary team game that provides lasting excitement through asymmetric abilities and a variable game set-up.
• In January 2021, I wrote an overview of upcoming titles from Edition Spielwiese, mentioning Matthias Cramer's Swindler as a title due out "near the end of 2021". As has often been the case these past 2.5 years, however, plans change, and now this 2-4 player game that takes 45-60 minutes will debut at SPIEL '22. Here's an overview of the setting and how to play:
Quote:
Life in London isn't easy. The city is run by moneybags, though, and now it's time to seize opportunities as swindlers and cutpurses to claim your share of their wealth. 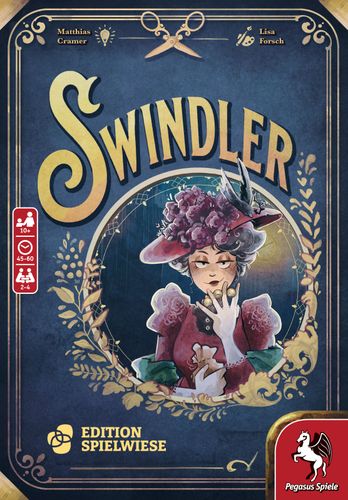 Swindler combines press-your-luck with take-that mechanisms for a fun and thematic game set in Victorian London. Each round, players must steal from one of the five moneybags, drawing tokens from the chosen bag. Each bag is filled with coins, jewelry, and other loot — but each bag also contains at least one skull! If you draw a skull, you've pressed your luck too far and got caught in the act. Not only will you lose the loot you stole that round, you also lose everything you stole from the same bag in previous rounds. The moneybag not only found your hand in their pocket, but they also recognized the small but precious ring on your finger...

It's wise not to sit on the loot too long in case you get caught. Dealers will pay you for the loot you turn in, giving you points. You can also use your loot to complete orders, but one of your fellow swindlers might be faster and push you aside to complete a task, costing you valuable points. Thankfully, you don't have to swindle on your own! Hire accomplices to gain advantages or affect the other players with disadvantages. 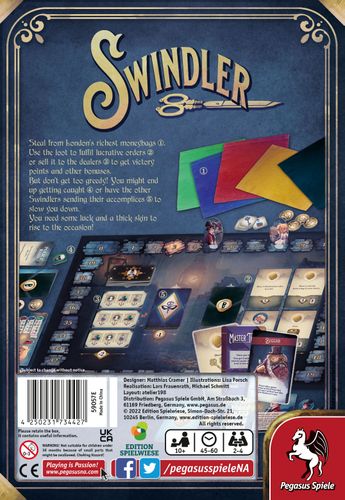 The player with the most points after a set number of rounds will be recognized as the most notorious swindler of London and thus win the game. 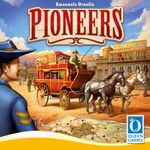 • Emanuele Ornella's Pioneers, which was released in 2017 by Queen Games, will be born again in 2022 as Future Energy, with this being the first title in a "Green Planet" line from Queen.

Here's the pitch for this 2-4 player game that will debut at SPIEL '22:
Quote:
In Future Energy, each player attempts to construct a network of non-carbon-based energy production plants around Europe. Each player's turn consists of three phases. First, they earn income. Second, they make 1-3 purchases of new power networks or contracts. Finally, they move the shared surveyor piece along the built networks (paying other players for their share of the network they use), replacing the old power plant they end on with a new one. Each type of plant they replace gives a special ability or one-time benefit. The old plants are placed randomly on the board each game for a different puzzle every time. 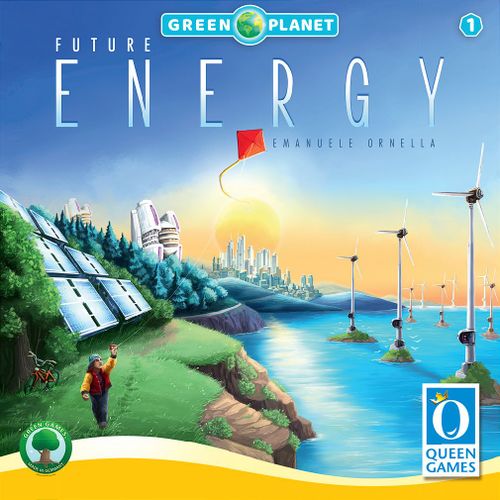 At the end of the game, each player is rewarded with additional points based on the number of their plants in their largest network of connected cities. The player with the most points wins! 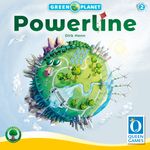 In each of the 16 game rounds, six colored dice are rolled and arranged on their designated spaces on the central board. Each player has a player board that shows power lines ranging in length from 3-12 spaces, with each space showing the result of a die. Players may choose to use the six dice going from right to left or left to right in order to build the power lines on their board. However, they may use a certain number of dice only a fixed number of times, and a die may be skipped only by taking a penalty.

During certain rounds, each of the three game objectives will be evaluated, and at the end of the game players gain points for completed power lines and fully connected cities, then lose points for lines they started but did not complete. The player with the most points wins.