Patron Badge for 2004 through 2022
Ravensburger has had a relationship with Disney for years, with the 2018 release of Disney Villainous proving to be a huge success for the game publisher, which has followed that title with multiple standalone expansions and spin-off titles.

Now Ravensburger is planning something even more ambitious: Disney Lorcana, a trading card game (TCG) that features Disney characters in both original and reimagined art styles set in an all-new world created for the game, which will launch in Q4 2023. I'll let the press release take things from here:
Quote:
"Disney Lorcana is the result of the powerful alchemy of Disney magic, Ravensburger game excellence, and several years of dedicated work and investment," said Filip Francke, Ravensburger North America CEO and Global Head of Games. "This potent combination has poised Disney Lorcana to be a game-changer in the billion-dollar-plus trading card game market." 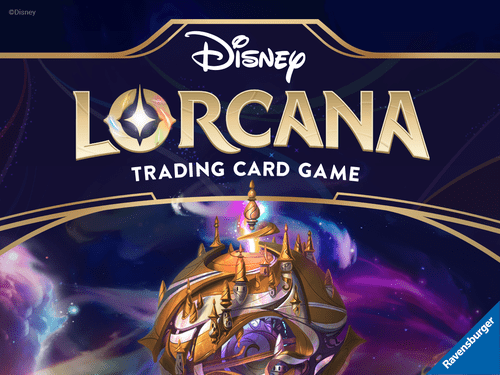 "The breadth and scope of Disney characters represented in this game will be unprecedented, and it will contain more original Disney artwork than any other single product ever created," said John Balen, Vice President of Product Design at Disney. "Our dedicated Disney product design team has enjoyed collaborating with Ravensburger and our Walt Disney Animation Studios partners to create a unique Disney experience for fans of all ages to take home."

Rooted in the magic of Disney characters and storytelling, Disney Lorcana is easy to learn for TCG newcomers while still offering strategic depth for experienced players to help create opportunity for more people to enjoy the excitement and fun of TCGs. Disney fans will enjoy the beautiful illustrations, overarching storyline, and playing with their favorite characters in new and novel ways, while veteran TCG players will also appreciate the thoughtful and unique gameplay mechanics that Ravensburger is known to deliver.

The game is set in the rich and fantastical world of Lorcana, a combination of the words Lore and Arcana. Players will take on the mantle of Illumineer, a powerful sorcerer, and band together Disney characters from Lorcana's "The Great Illuminary," a treasury of all Disney songs and stories ever made.

"The Disney Lorcana team is an incredible and passionate group with over a century of combined experience creating trading card games," said Ryan Miller, Disney Lorcana Co-Designer and Brand Manager at Ravensburger. "Great care has gone into delivering an unforgettable world and gameplay experience that will be equally fun for Disney superfans, trading card game beginners, and the most enthusiastic and advanced players." 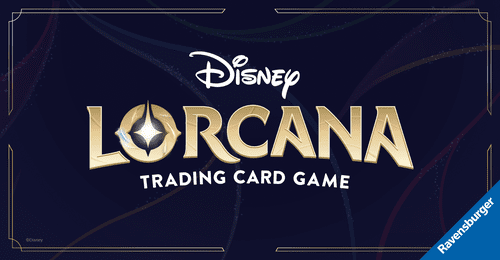