Renegade Game Studios has had a business relationship with Hasbro since at least 2018, when it Kickstarted Jonathan Ying's Power Rangers: Heroes of the Grid, a game for which it is still releasing expansions in 2022.

In 2020, Renegade expanded its partnership with Hasbro, announcing Power Rangers: Deck-Building Game (which debuted in 2021), along with role-playing and deck-building games based on the G.I. Joe, Transformers, and My Little Pony brands. Ying's co-operative miniatures board game G.I. JOE Mission Critical was announced in February 2022.

By all visible signs, the partnership has been a success, and it will continue in 2023 thanks to a further expansion of the licensing relationship to include Axis & Allies, Diplomacy, Robo Rally, and Squad Leader — titles released previously under Hasbro's Avalon Hill brand, albeit with Squad Leader never having been on the market while under Hasbro's ownership.

Here's an excerpt from the press release announcing this deal:
Quote:
Starting in 2023, Renegade is working with Hasbro on plans to produce all versions of these brands for the hobby, mass, and specialty markets. The plans include a brand new site for Axis & Allies, along with a world championship, and fan involvement in selecting new themes to add to the line. Fans will also see new printings of staples for the line as well as the return of some long out-of-print editions.

Fans of RoboRally and Diplomacy can look forward to new reprints of these classics hitting store shelves soon. 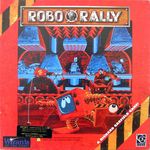 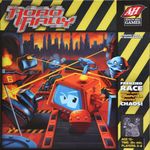 Which one of these?
"We are proud to work with Hasbro and thrilled to see the partnership thriving," explains Scott Gaeta, President and Publisher of Renegade Game Studios. "All of these games are staples for gamers and some of the most well-known brands in the gaming world. Our team is excited to dive in and get to work."

In addition to these titles, Renegade will also be creating new versions of Risk themed around fan-favorite Hasbro brands G.I. JOE, Transformers, and Power Rangers. Look for more information on these releases in the coming months.

"We are excited to work with Renegade Game Studios on these iconic Hasbro strategy games starting in 2023. We hope that fans will look forward to adding to their collection new battles and themes for the Axis & Allies brand, expanding on its 41-year history," said Jess Richardson, VP, Global Toy & Game, Licensed Consumer Products at Hasbro.
As for which versions of Axis & Allies, Diplomacy, and RoboRally will come back to market courtesy of Renegade Game Studios, only time will tell. Given the huge number of Axis & Allies titles that have been released over the past forty years, Renegade plans to "bring certain titles back on a rotating basis". 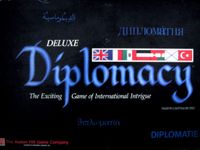 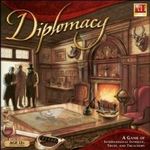 Renegade notes that it's "the primary publisher for these brands under license from Hasbro", so for now don't expect to see games in these lines from other companies, although Hasbro still owns the Avalon Hill brand and will release titles under that brand, such as Dungeons & Dragons: The Yawning Portal and HeroScape: Age of Annihilation, both due out in 2023.

As for why Hasbro wouldn't release these titles on its own, I'll add an editorial note to say that Hasbro operates on a scale vastly different from Renegade, and with that scale comes certain expectations from mass market retailers and other buyers in terms of quantity and price.