I send myself a ton of notes about game-related happenings, and they sometimes pile up like compost in the inbox, new covering old until the old disappears completely — or until I turn the inbox over and the old comes back to light, as with today's round-up:

• In June 2022, Dan Thurot of Space-Biff! posted a phenomenal overview of Stonewall Uprising, a two-player game by Taylor Shuss and Catastrophe Games in which one player takes the role of Pride and the other The Man as they fight for or against equal rights.

Thurot always does fantastic work, but the personal experience woven throughout this overview really got to me.

• Also in June 2022, I ran across a favorable review of About Jenga: The Remarkable Business of Creating a Game that Became a Household Name from Jenga designer Leslie Scott and said, hmm, I should check that book out myself sometime.

And only now when I'm writing this have I discovered that About Jenga was published in 2009! Still, the review got me interested, so it's on my list to read at some point. (I post mini-reviews of books from all different decades on my personal Twitter account, so the age of the book doesn't bother me. After all, those books are still new to most people. The same is true for games, of course.) 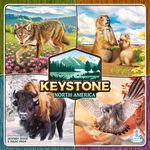 • Keystone: North America, the debut title from Rose Gauntlet Entertainment, was released on the U.S. market in August 2022, but ahead of that release company co-owner Lindsey Rode shared information in a May 2022 Kickstarter update about that project's shipping costs:
Quote:
Before launching Keystone: NA we did our best to anticipate these challenges by giving ourselves more time and increasing our shipping costs. The additional time we estimated for fulfillment served us well and it looks like we'll fulfill exactly on schedule. Unfortunately, we sharply underestimated how shipping would cost. A few things caused this:

—There's no easy way to obtain an accurate container quote so we had to do our best when judging what costs would be. When fulfilling my last game, a container + transit cost around $3,000. Bracing for the worst I anticipated the cost increasing x3 to $12,000. The actual final cost ended up at $22,000 which is x7 higher than my last game and double the worst-case scenario.

—The fulfillment center quotes we received in 2022 were noticeably higher than the ones we had received in 2021. This is understandable since our fulfillment partners are dealing with increased costs as well, but it makes it hard to anticipate accurate costs.

Overall, we undercharged shipping by around $30,000. Thankfully Keystone was successful enough for us to be able to cover these unexpected costs.
From my understanding, container costs have fallen in 2022 compared to 2021, yet they're still far higher than what publishers were paying pre-Covid. Many component costs have risen, often due to shortages, and labor and energy costs are generally higher, which means publishers either have to eat margins — thereby earning less on each copy of a game they sell — or raise prices, which frustrates buyers who are used to paying $X for a game that looks like such-and-such. 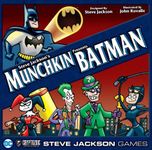 • On a similar note, in July 2022 Phil Reed, CEO of U.S. publisher Steve Jackson Games, explained why the company was eliminating international fulfillment for its crowdfunding projects:
Quote:
Our last Kickstarter campaign to offer international shipping — Steve Jackson's Munchkin Presents Batman — set the shipping costs higher than we would have liked. Backers in the EU, for example, were charged $32 for shipping their $50 reward. Worse still, that $32 did not include local taxes or fees; that was the raw cost of prepping and sending the game to the EU.

As the warehouse in Georgia packs and ships the international Kickstarter rewards, we're left with a fulfillment bill that exceeds what we charged for shipping the game to international backers.

Our average cost per package for the games sent to Canada, the EU, and the UK, is roughly $40. And this is working through the best rates our primary warehouse — a fulfillment service that ships tens of thousands of games every month — could secure.

Making matters even more terrible for everyone involved, that $40/package does not include any local fees. So when our project supporters in other countries receive their rewards, they'll have to pay a percentage of the overall cost (the game plus shipping) to receive their game.
Game publishers that run crowdfunding campaigns are in a bind: Charge actual shipping costs to backers and get yelled at for being ripoff artists, or don't charge actual shipping costs and lose money on every copy relative to what you thought you'd make.

In September 2022, Suzanne Sheldon of Restoration Games posted a poll on her personal account that indicated no clear direction for how publishers should resolve this problem:

Shipping costs are a public relations nightmare for board game makers. 😱

So half of the people out there want to feel like they're getting a bargain on the game and paying a reasonable shipping price, while the other half is fine paying more for the game and getting nearly free shipping. What's a publisher to do with this information?! Either approach will likely be disfavored by half of the potential audience, even though a backer is paying the same amount in both cases. 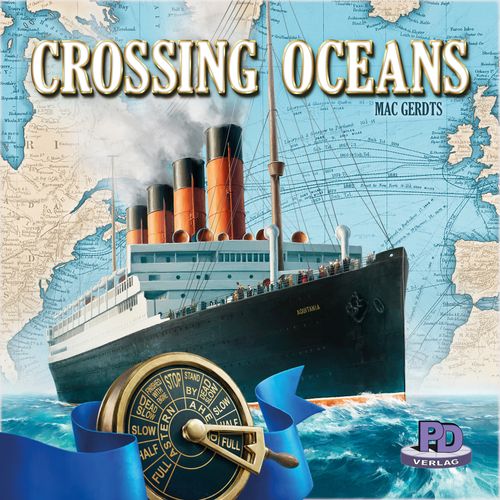