• Ben Kuchera at The Penny Arcade Report riffs on the 2013 stakeholder report from Steve Jackson Games, highlighting the successful entry of the dice game Trophy Buck into the U.S. retail chain Walmart, with Trophy Buck being a reskinned (ha!) version of Zombie Dice with some play differences. An excerpt:

Quote:
There is nothing stopping further versions of the game. Why not create a version that directly appeals to young gamers who like to play with princesses and place it near the dolls? One could imagine stores like Walmart stock four versions of the game in different portions of the store, selling them to different demographic groups, and no one realizing that everyone is playing the same game...

The fun bit is that, in digital versions of games, you can have your cake and eat it too. Imagine a digital version of a game like Zombie Dice, or Trophy Buck, that was designed for multiplayer. One player is enjoying eating brains, the other is trying to hunt deer, and they're both playing the same game against each other but on different screens. My kids aren't fighting over what game they want to play with each other due to mechanics, they want to play a game with certain characters or themes. Reskinning each game, and showing that version of the game's reality to each player is a powerful way to bring people together.

• On The Esoteric Order of Gamers, Peter Gifford (a.k.a. Universal Head) interviewed designer Martin Wallace about A Study in Emerald, due out in October 2013 in time for release at Spiel 2013. Kris Hall completed a Wallace interview of his own for Opinionated Gamers, and here's an excerpt:

Quote:
After reading all of the Discworld novels (at least those published up until then) I decided to move on to Neil Gaiman, as the two had co-written a novel, Good Omens. I then started reading other Gaiman stories, including Sandman. I'm always looking for ideas for a new game and initially I thought Neverwhere was the best place to start – empire building in a fantasy underground London. The idea for Emerald actually came from another book, called The World That Never Was, a history of anarchism at the end of the 19th century by Alex Butterworth. The book is wonderful, creating a picture of desperate assassins, revolutionaries, and secret agents.

My initial thought was to attempt to make a game around this theme. The problem was that I thought the Americans would not want to buy into a game where you spend most of your time blowing up people – too many parallels with modern life. The solution was to make the targets into monsters – given that they seem to have no rights whatsoever. As I had recently read A Study in Emerald that gave me the "in" to create a slightly different universe. The background to the game is firmly rooted in Neil's work, but many of the characters populating this alternative reality are actual historical figures. 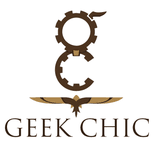 • Robert Gifford from the specialty furniture manufacturer Geek Chic appeared on the May 17, 2013 episode of the (U.S.) ABC television show Shark Tank to look for funding. The Geek Chic bit starts in the third segment.

• In contrast with Geek Chic, the octet of designers behind Cards Against Humanity have been happy to go it alone, shunning wannabe investors. A profile in Chicago Grid notes that "In the two years since its commercial debut, the game has sold nearly 500,000 copies, according to its owners." An excerpt from the article:

Quote:
While would-be entrepreneurs chase venture capital funding and dot-com riches at incubators and startup boot camps around the city, the Cards team rejects investors, refuses to sell the game to retailers or license it to other manufacturers, and hasn't bothered to appoint a CEO, let alone create a management structure. Their business plan has the sophistication of a lemonade stand.

• It's that time of year again, time to speculate on which games will be nominated for the Spiel des Jahres, the gaming world's biggest attention getter even though the award is based in Germany and "intended to promote games as a cultural asset to encourage gaming amongst family and friends and to provide an aid to selecting the best games from a wide range of products on offer". "Family and friends" – that's the key to keep in mind when guessing which games might be nominated. Anything too complicated – "complicated" being a relative term, of course – won't be considered for the award. My SdJ nominees are:

For several months Hanabi, out in Germany from ABACUSSPIELE only within the past twelve months, was my third choice along with La Boca and Escape, giving me a trio of cooperative or partnership-based games. I've now played Wunderland a bunch the past few days and think that game's a shoe-in for a nomination given the solid mix of mainstream/gamer-friendly play and the cultural connection to Hamburg's Miniatur Wunderland. (That game also has a cooperative element in the gameplay, so I'm still focused on that apparently.) My take on Wunderland will be live on Opinionated Gamers in a few days, and I'll post an overview video once I've put one together.

Speaking of Opinionated Gamers, editor Dale Yu polled the writers on that site and La Boca was the runaway choice for SdJ. As for Kennerspiel des Jahres, that award being aimed at more experienced gamers, the OG writers collectively chose Tzolk'in: The Mayan Calendar, which I think is a ludicrous choice given the relative complexity of the game compared to previous KndJ winners 7 Wonders and Village. My choice, despite not having played the game, is Michael Menzel's Legends of Andor, partly due to the general co-op vibe of my choices and partly due to my understanding that the game has gone over well in German gaming circles. I don't have a good feel for what else might get a KndJ nomination, but I'll go with Keyflower and Suburbia just to put out a few choices.

The Spiel des Jahres jury will announce the nominees for these two awards as well as for the Kinderspiel des Jahres on Tuesday, May 21, 2013, so you have a few hours to make guesses before then. What say you?