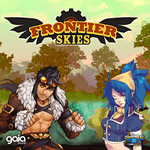 • U.S. publisher/distributor Game Salute has paired with social gaming publisher Gaia Interactive to announce Frontier Skies, which according to the press release "brings players on a tabletop journey through the unique world of Gaia Online", which (according to Wikipedia) is an "anime-themed social networking and forums-based website". So many new things I learn each day! Christopher Castagnetto, director of sales and business development at Gaia Interactive, is credited as designer of the game, the gameplay of which can be summarized as follows:

Quote:
In Frontier Skies, players will compete to build the finest airship while managing their crew, stockpiling supplies and maintaining their valuable discoveries. In the end, only the most cunning captain can rule the frontier skies as the richest adventurer around!

In the adventure phase, players embark on a new journey by revealing the top card in the adventure deck. The trade phase allows players to trade discoveries with each other, deciding which are worth keeping and which should be sold off to gain gold and free up cargo capacity for their next adventure. During the draw phase, players activate special abilities, gain an additional discovery, and compete for end-of-season and end-of-game goals which reward players with even more gold.

At the end of the final round, each player calculates their total value to find out which captain has amassed the greatest riches!
No release date was included with the press release. 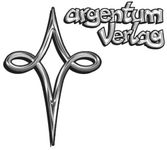 • German publisher Argentum Verlag plans to release Aaron Haag's Yunnan at Spiel 2013. The design was a finalist at the 2013 Hippodice game design competition, and here's a summary of the gameplay:

Quote:
In Yunnan, players try to improve the characteristics of their merchants and expand their merchant network in order to transport tea to distant provinces. By building mountain roads and trading posts, transport costs can be permanently reduced. The more influence that merchants have, the better protected they are from competition and the capricious behavior of the provincial commissioner. Even so, foreign merchants can still be expelled.

With a strong, developed trading empire, a player will earn many victory points and with those points victory.
• I'm waiting for more details at the moment, but for now I'll let you know that a card game version of Christophe Boelinger's Dungeon Twister is in the works for release in 2013.

• U.S. publisher Twilight Creations has a new Zombies!!! release planned for July 2013: Zombies!!! 12: Zombie Zoo, which wil include 90 zombie animals. Here's a description of the setting:

Quote:
In Zombies!!! 12: Zombie Zoo, the zoo has been infected and the animals are turning into zombies! The monkeys have escaped, but you still have the ability to override the automatic release on the other cages in the zoo. You must reach these cages in time or the animals will break loose, making your job even harder.
• Your Move Games has a sequel to Darwin Kastle's The Battle for Hill 218 coming in 2013, and as you might imagine it takes place on a neighboring stretch of land. Here's a short description:

Quote:
The Battle for Sector 219 uses the same rules and game mechanisms as The Battle for Hill 218 but with new units. In the game, each player fields an army, represented by cards, and tries to occupy his opponent's base while protecting his own. You must maintain your supply lines and destroy enemy units to conquer the enemy base while protecting your own.
YMG's Chad Ellis notes that while Sector 219 uses the same mechanisms as 218 and you could combine the two games, "most likely by playing one deck against the other", the new game wasn't specifically designed for this purpose.