• Greek publisher Mage Company has a few projects in the works, starting with an expansion for Wrong Chemistry from designer Tony Cimino – Wrong Chemistry: Expand Your Lab – which the publisher plans to take to Kickstarter on July 1, 2013 ahead of an October 2013 release. Here's what the expansion adds to the game:

Quote:
In Wrong Chemistry, players want to collect as many points as they can by forming molecules based on the cards they draw. The expansion Wrong Chemistry: Expand Your Lab adds to the action of the base game, first by allowing for play with up to five players, and second by adding new element cards that expand upon the tactics of the base game by giving you new ways to earn points and by using both sides of the hex tiles.

In addition, new scientists have been added to the game; each player chooses one at the start of play and can use the power of this scientist up to three times during the game. Two new cards – "The Element of Surprise" and "Transmutium" – can be played in combination with the scientists to let you play during your rivals' turns.

Finally, five new cards – each worth 5 points – are placed face up on the table, waiting to be claimed by any player who can form these difficult combinations. As soon as the final card is claimed, the game ends – but the game can end in other ways as well as you'll discover during the game! 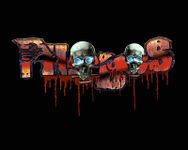 • The Amityville Project: Phobos from designers Michael Andresakis, Alexander Argyropoulos and Dimosthenis Moraitis is another project from Mage Company that will head to Kickstarter at some point (complete with miniatures), and while I was initially baffled by the name – what does Mars' largest moon have to do with...? – a look at the game's description gave me a clue (while the egregious capitalization gave me the tremors):

Quote:
Friday the 12th, 1964 – It is raining today as I stand in front of the Amityville Asylum. I'm here, well because I'm a detective and that's what I do - solve mysteries. This one began when a strange note fell into my possession. Now that I'm here, I don't feel as if I'm alone - the voices are back... Are they phantoms of an insane mind or possibly shadowy thoughts of a deranged personality? Maybe they are all entities living within the world of our detective's mind. In Phobos, each player takes on the role of one of these personalities. Your goal is to eliminate the personalities of your opponent(s). Once accomplished then your personality prevails allowing you to control the detective. Each of you choose a Mentality board, 8 Ghosts, 12 Mentality (Face tokens), and 3 Action cards. Players then each get 3 Phobos cards (from 12 different possibilities) and keep these hidden, face down. These cards represent your Fears and an extension of the Detective who is imprisoned inside the Amityville Asylum.

In each round you play an Action card which will instruct you to place your Wooden cubes either on your board or your opponent's (depending on the card) trying to find their fears. If you place a cube on an opponent's Mentality Board that matches one of their fears, they are forced to reveal that fear. Then, based upon how you placed your cubes you will have accumulated movement points which will be used to place and move your Ghosts on the main board (comprised of 16 tiles). When you place two Ghosts in a room which represents one of your Phobos cards, you are protected (for as long as they remain).

If your Fears are revealed by your rivals, then you lose but you are not eliminated. You become a Ghoul that can take revenge on the other Personalities still in play. As a Ghoul you cannot win but you can help control how the game unfolds by playing the right cards and destroying the rival Personalities. It is time to explore your personality in the ultimate interactive horror game!
"Phobos" as in "phobias", ah! No, wait, I'm still baffled – can Mage company really play of the Amityville name with impunity? Guess we'll see in the months ahead... 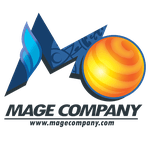 • Tony Cimino's Urbania is another project in the works from Mage Company, but with prototypes dating back to 2010 and a 2014 publication date on the BGG page, this game probably won't hit the market anytime soon. As for a description, here's a summary from Mage Company to whet your appetite:

Quote:
Urbania is a political card and miniatures game for 2-7 players, a game for the people and their right to protest! The board game of rally, riot, protest and riot control, although not necessarily in that order. What would you do if all the people in a city who have something to protest about actually did so? Seven different rally groups are marching the streets, and numerous police squads are trying to maintain order while tension rises. Reporters are exposing the facts in the media, sometimes in a good way, and at other times in a way that seems like slander.

In Urbania, you are in control of a group of people who march to protest about their rights. During that march you will clash with police squads, reporters, and other rally groups, along the way deciding whether to lead your group to vindication or to accept the rule of the system to maintain order in your city. Urbania brings together order and chaos in a game of urban instability.
• Z-Man Games has announced a June 26, 2013 release date for the new edition of Pandemic: On the Brink, with the compatibility deck for this new edition being available on the Z-Man website this same day. (A reprint of Goa should be available at about the same time, according to Z-Man's Sophie Gravel.) Neuroshima Hex! The Dancer now has a U.S. street date from Z-Man of June 12, 2013.

• At Gen Con 2013 in August, WizKids Games plans to debut Star Trek: Attack Wing and eight ship-based expansions for that game, and to spur purchases at that convention as well as participation in tournaments, WizKids is releasing a promotional Khan Singh captain card and corresponding game tokens. Care to take a guess what those who can't get hold of this card will be screaming? 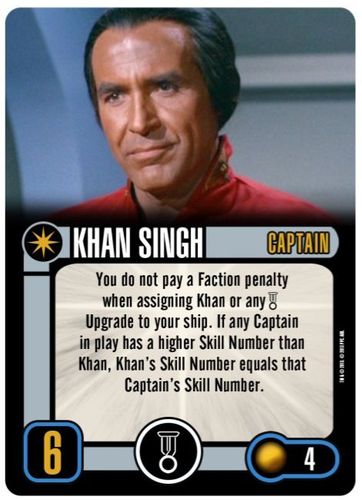 Say it with me now – KHAAAAAAN!