A blog about game design from all perspectives. Bonus materials and mirror available on www.wiltgren.com
Recommend 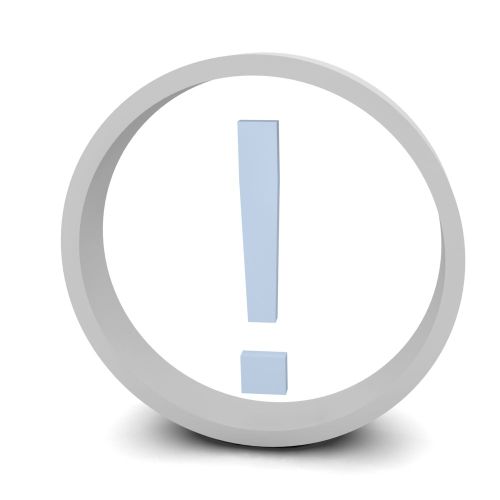 This weekend past I went to the Göttingen Game Designer's Convention (and let me tell you that it was a blast!). Since this was my first game designer's convention (all my previous ones have either been gaming conventions or trade fairs like Essen) I realized I would be going in effect blind - I'd be going to make mistakes and learn for the time I went to another GDC.

Boy did I make mistakes. But I did learn from them. Here's a list of rookie mistakes and what to do about them:

1. Decide why you want to go.
That's at the core of what you're going to do. For me, I wanted to see a designer's convention, meet other designers and learn the trade. It was a step in my learning curve, the path that I'm taking from being a hobbyist designer who likes to throw his ideas out there to being a professional.

With that in mind I decided to ask as many questions as I could, from as many designers, especially designers published with major publishers, that I could and generally observe what was going on. Unfortunately I had some preconceived ideas about what would be going on that didn't match reality, something I could have avoided by being more open and asking more beforehand.

2. Prepare. No, really.
Yeah, this is a silly one. I did prepare, print out prototypes, think through my elevator pitches, consider questions I wanted to ask and such. I was totally unprepared for the amount of selling and publisher contacts what would be going on.

Göttingen runs over two days: Saturday, which is a trade only event, and Sunday, which is open to the public. On Saturday things were very chaotic and intense - everything was focused on selling to the 40+ publisher reps that were there. This I was completely unprepared for. I thought there might be a few reps, but not that many, and not that everyone would be trying to impress them and sell, sell, sell.

I even got a few meetings in, and got some great tips from publishers, and several requests for prototypes, but I would have gotten even more if I'd had been prepared.

3. Market research.
Next year, the first thing I'll do as soon as the lists for the convention opens in February (yeah, I'm going again - it was GREAT!) is look at which publishers will attend. Then I'll do basic market research for them.

See, this year I asked a publisher from Schmit Spiele, whom I mistook for Queen games, to look at my prototypes. He was incredibly kind and supportive (I was very up front with this being my first time and my first pitch ever), but if I'd had done my research I would have known that he wouldn't be interested - Schmit just doesn't publish the sort of games that I design. I apologized for this, and he was very understanding, and even wanted to see my other prototypes (which I hadn't counted on). Point in fact: learn about the companies, then decide whom to pitch too. Which brings me to the third point.

4. Book meetings in advance.
Publishers are busy people, especially when surrounded by some 200+ designers. Getting 20, 10 or even 5 minutes is far from certain. But if you set up meetings in advance you will get the time you need. And you'll get it early in the convention when the reps are fresh and on their toes. That's way better than late on Saturday afternoon when they've been in meetings for 8 hours straight with no lunch. That's what the published designers do. I met Kristian Amundsen Østby, of Escape fame, and Eilif Svensson, who stayed at my hotel and got some great tips about presenting and rules writing and game design in general. Which brings me to:

5. Talk to people.
Shyness is a salesman's worst friend. Getting into the habit of approaching reps and designers will open countless doors to opportunities to learn. I don't know about you but I'm not a supremely social person. But when going I decided that I would talk as much to people as I could. I'd talk to anyone: publishers, designers, innocent bystanders. That preparation helped and I did get into the habit of breaking the ice (tip: designers love to show off their games - I was overjoyed when someone asked me about my prototypes and so were they; tip 2: publishers love to hear about games. No really. That's why they're publishers, because they love games, and they want to find that new, fresh and interesting game they haven't tried yet. And they love talking about games too). I did get a lot - a LOT - of great feedback as well, and now I've got loads of ideas to playtest.

6. Don't worry about how your prototype looks.
I didn't have the time to do great graphics for my prototypes. I had some decent ones, for some parts of the games, but some parts were still sharpie-on-index-card level. It didn't matter.

Publishers don't look at graphics and neither did the designers. Looking at the established designers' prototypes they had some very raw ones. No one cared about my graphics more than to say where the design was misleading ("I didn't realize you could have zero income, that should be represented by a step."). Publishers especially weren't interested in the graphics; they wanted to know about the game.

7. Don't talk about your game, pitch it.
I quickly noticed that publishers didn't want the rules - they don't have time for that. They wanted to know what was interesting and new about your game, what set it apart from other games in the same genre. Here's what I developed for a pitch for one of my games:

Quote:
It's an auction game, standard auction: auctioneer, players shouting out bids, "going once, going twice" and so on, but it's got four twists:
One; you don't know the value of what you're bidding on, only the average value for the category.
Two; depending on the number of items for sale you may get to see the actual value of some of them.
Three; you can bid more than you have and then pay for your bid by immediately selling the items you've won at their face value. But if you decide to keep them instead they're worth twice their face value at the end of the game. However, if you ever overbid and can't pay for your items you have to sell any you've set aside for half their face value.
And four; whenever you bid you have to pay the auctioneer a dollar. For some reason this makes my playtesters laugh but don't ask my why, I don't get it myself.
The role of auctioneer shifts each turn and whomever has the most money at the end of the game wins. There are some other, minor, twists but that's the gist of it.
That's it, the game boiled down to its core parts (over several pitches and listening to what publishers wanted to know). It differs quite a bit from what I started with, which was wordier and had me showing all the cards and probabilities and stuff (I don't even mention probabilities in the pitch, if they're interested they'll ask) but it works. It's the elevator pitch, and I didn't even need to show the product (and I got requests for the prototype too).

8. Have short, written, presentations of your games.
This is something that I came up with when seeing the other designer's tables. At first I just put my games on my table but I realized that I wanted to walk around and thus my table would be unattended for parts of the time. People would look at my games and not know what they were all about.

So I tore out some sheets from my pocket notebook and wrote up a very simple presentation on each containing:
* The game's name
* The number of players
* The play time
* The complexity level

I also put a pile of my business cards on the table (my copywriter's business cards, I don't have a game designer's card and probably won't get any until I have some games published so I can have my experience visible on the card).

I didn't see many other designers do this, most seemed to want to present their games themselves and switched games between demos, but since my games have a very small footprint I could have most of them on the table all the time and the cheat sheets worked like a charm. I even got an email after the convention from a rep I hadn't talked too who wanted rules to one of my games based only on the cheat sheet and the business card being available.

9. Have sale sheets.
This one I didn't do. I should have thought of it, if I'd been more focused on selling rather than meeting and learning. I'd made do, but having something I could have given reps, and possibly other designers as well, would have been good. It would also had sold my games better when I wasn't at the table, and I could have used them to email to publishers beforehand if I wanted a meeting. I'm definitely making some sale sheets for next time I'm going to present my games to publishers.

10. Plan breaks.
I noticed that Saturday was very hectic for everyone and involved lots of tea/coffee and snacks. Some designers even had pre-packed baskets with them so they didn't have to leave their tables.

I don't think this is the best solution. I tried to stick around but about two o'clock I felt that my energy levels were so low that I decided to leave the convention and get something to eat. What a difference! Just walking to the restaurant (I had some picked out from Tripadvisor that I wanted to try), getting some air, some quiet, some rest and some food, meant that I was much better able to present my designs when I got back, at a time when other designers seemed to be rather tired. I understand the need to present as much as possible to as many reps as possible but I still think that taking breaks, and going somewhere quiet even if for a few minutes, helps to present better and sell more when you get back. That's what I'll be doing the next time too.

How about you, what are your best tips for presenting to publishers at a convention?