• Designers Dave Chalker and Daniel Solis have both blogged about their publishing experience with DriveThruCards, a branch of OneBookShelf that allows designers to directly sell print-and-play and print-on-demand card games. Of Criminals, a Kory Heath design from 2007 that Chalker reworked for DTC, he writes, "To date, I’ve sold 39 copies total, with no sign of it picking back up" – which leads to this lesson learned: "[S]elf-promotion through my own channels can only go so far. I had incorrectly assumed that since I had a decent number of Twitter followers and elsewhere that I'd be able to translate that into a decent number of sales. Let's just say I don’t have 1,000 true fans quite yet."

Solis, who made an experimental move to full-time game designer in early 2013, has a more positive take on the DTC experience after 59 sales of Koi Pond in two months:

Quote:
Maybe I'm just too indie at heart, but I'm very happy with these numbers. I went into this experiment with a brand new game, an inordinately fast dev cycle, modest potential audience, and zero-to-minimal expenses. My investment of time and capital into this project has been quite met, I think. Anything more will contribute to further self-published card games.

Having the experience of Kickstarting three projects already, DriveThruCards offers me an appealing alternative. Yes, I have fewer sales over a longer period of time, but I also don't have the stress of stretch goals, income taxes, and fulfillment hassles occupying my time for the next year. Instead, I can keep blowing on this little ember until it lights another fire.
(Disclosure: Solis sent me a complimentary/press copy of Koi Pond after I playtested the game a few times and sent me a load of comments and suggestions. Still need to get it to the table again...) 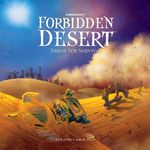 • On his Mechanics & Meeples blog, Shannon Appelcline has a long interview with designer Matt Leacock about his experience designing co-operative games, namely Pandemic, Forbidden Island, and Forbidden Desert. An excerpt:

Quote:
The primary challenge is keeping the players in a good state of flow. That is, keeping them in that sweet spot where they're doing creative problem-solving that is neither boring and tedious (when the game isn't hard enough) nor overcome with anxiety or helplessness (when the game is too hard). I've found that players get the most enjoyment when things are just out of reach — that they can almost, very nearly, taste victory each time. And of course, you've got to let them win some from time to time or the game will be declared broken. So that said, I generally hope the players will lose their first round or two of the game but — here's the important part — they must both blame themselves and have some good ideas for what they'll try next.
And I especially appreciate this bit of advice from Leacock:

Quote:
It's hard to overemphasize this: Don't tell the player how to win. I roll my eyes when I see "helpful hints" in rules. You're stealing the game from the player! That's a good tip for teaching, too. Present an environment where the player or student is able to succeed or learn given the environment you've constructed for them. Telling a player how to win a cooperative game is like telling a student how to solve a problem and then telling them to solve it for you. 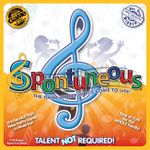 • In The New York Times, Andrew Adam Newman writes about dating site Match.com's efforts to facilitate meetings by "holding what it is calling Stir game nights, where singles gather at bars and restaurants to play games like Bananagrams, a word game, and Spontuneous, a music game. The company will present 30 events through the fall in its top 25 most popular markets." An excerpt:

Quote:
A game night held in December [2012] in Chicago sold out quickly, prompting [Luke Zaientz, vice president for events at Match.com] to attend the American International Toy Fair held in New York in February to meet with game makers about forging partnerships.

The goal was to find games that could be learned quickly and enjoyed in short rounds, which ruled out long-lasting games like Monopoly and Risk. The coming events will feature about a dozen different games made by six companies, which have agreed to supply games to be played and given away.
(HT: Tom McCorry)

• We've seen Settlers of Catan pizza, Catan cookies, Catan cupcakes. Have we seen Catan breakfast yet? If not, now's your chance: 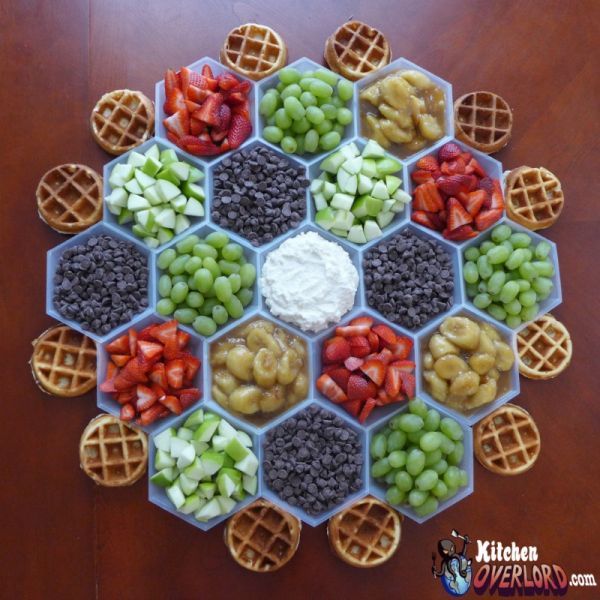