Links: Faidutti on the Culture of Game Design, Solis on Idea Stealing & Wired on Sites You Should Follow (Hint, Hint)

Quote:
I have two jobs – designing games and teaching economics and sociology. These domains have one thing in common. They require a mix between two cultures, or two ways of thinking: the scientific and the literary one. Economics and sociology are certainly not hard sciences; they are social sciences, soft or fuzzy sciences, but they nevertheless use more math – and may be more than they ought to – than psychoanalysis or literary criticism. Designing a board or card game is also a multifaceted activity, and feels sometimes like writing, sometimes like solving a math problem. This is also true of video games and role-playing games.

• In "Monopoly Goes Corporate" in The New York Times, Mary Pilon dissects the latest iteration of the Monopoly board game from Hasbro: Monopoly Empire. An excerpt:

Quote:
[T]his one substitutes traditional Atlantic City property names with those of large corporations — McDonald's, Coca-Cola, Samsung and Nestlé, to name a few. In the latest Monopoly game, players acquire key brands to create corporate empires rather than try to bankrupt their opponents. And the old tokens — the racecar, thimble and top hat that used to race around the board — have been replaced by a 2014 Corvette Stingray, an Xbox controller and a Paramount Pictures movie clapboard.

Hardly cosmetic, the changes introduce a whole new animating ideology to a game created to critique, not celebrate, corporate America. Contrary to popular board game lore, Monopoly was invented not by an unemployed man during the Great Depression but in 1903 by a feminist who lived in the Washington, D.C., area and wanted to teach about the evils of monopolization.
• Designer Sam Brown from Thornhenge has been posting great stuff on his blog about the actual manufacturing of games, including detailed factory tours of a few facilities. 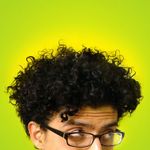 • Designer Daniel Solis has been posting game rules, from finished to untested and at every stage in-between, on his website, and on OpenSource.com he answers the question that he hears more often than anything else: "Aren't you afraid someone will steal your idea?" An excerpt:

Quote:
Your idea alone is not a game.

Let's get zen for a bit. If a game goes unplayed, is it still a game? Is it only a game while being played? These are the questions I have for you if you're more concerned about jealously guarding your precioussss instead of actually putting it in front of as many people as possible. Your idea is not a game. Only your game is a game. Even then, it's only a game if people are playing it. That means you have to actually make prototypes, write rules, and face the social awkwardness of asking strangers to play this thing with the added caveat that it may not even be fun. That is what will make your idea valuable. And guess what? When the game is fun, the victory will be so much sweeter.
• Speaking of ideas, are you a game designer and not sure what to design next? Take a spin on the Board Game Design Idea Generator! One visit, and you'll have an idea in hand. Whether's it a good idea, well, that decision's up to you.

• I feel weird mentioning this, but here goes: In mid-August 2013, WIRED magazine posted a media round-up titled "101 Signals", describing this round-up as "[T]he Only Sources You Need to Stay Informed" and "WIRED's essential reads and feeds for staying current on business | culture | design | security | science | technology". (You know this quote is from WIRED as it uses the vertical bar for punctuation instead of a comma. Très futuristic.) The "Culture" section of "101 Signals" includes this header – "Culture is in a state of constant flux. And if you don't know what's happening today, you're outside of it. From music, to film, to comics, to games, these are some of our favorite resources for staying au courant." – in addition to the following: