Pandemic Infecting iPad on October 3rd
We heard this morning from Z-Man Games, Inc. that the long-awaited iOS version of Pandemic is finally coming to iPad on October 3rd. The game is based on the new version of the game, released this year, which means that you'll get the 2 new roles for a total of 7 roles to choose from. The game will feature pass-and-play for 2-4 players as well as solo play. No online play, but for a cooperative game that's not a deal-breaker. The ability to change difficulty from beginner to expert is there as well as a video tutorial and animated interface. This release will not have either the Pandemic: On the Brink, nor the Pandemic: In the Lab expansion included, and there's currently no word on if/when they might be. We'll have a release post when it hits the App Store, and I would expect Brad to review this one pretty quickly as well. 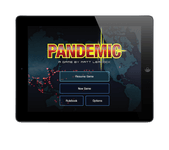 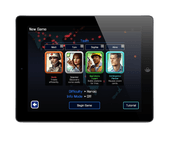 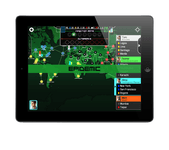 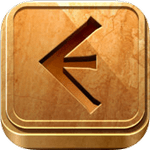 Epigo Slides Onto the App Store
Red Finch Software, famous for their digital implementation of Phantom Leader, has released another digital boardgame. This time it's the abstract, Epigo. Epigo is a simultaneous turn game, where players play movement tiles which will slide their tiles around the board with the goal being to push 3 of your opponent's tiles off the board. The game offers both single player against 4 levels of AI, or multiplayer via pass-and-play or asynchronous online. The game tracks your ELO rating and has it's own set of achievements and challenges as well. Epigo is for iOS Universal, costs $3.99USD and can be found on the App Store. 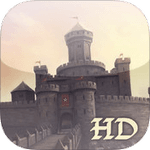 Avadon 2: The Corruption Set for October Release
Spiderweb Software makes RPGs. Quite a lot of RPGs, actually. In fact, Avadon 2 will be their 22nd full-length RPG in 20 years. Avadon 2: The Corruption follows 2011's Avadon: The Black Fortress, but knowledge of that game isn't a prerequisite for Avadon 2. If you haven't played a Spiderweb RPG, here's what you need to know: they are very deep, with well-written storylines and characters. They are packed full of places to go, and things to do. Oh, and the graphics are right out of 1996. The graphics are isometric and won't win any awards, but that shouldn't be the reason you're playing a CRPG anyway. Besides, everything else about the game overcomes it's visual deficiencies. In fact, after a while, I've found that I quite like the old-school look and feel. In other words, it grows on you. Avadon 2 should be released in mid- to late-October for PC, Mac and iPad. We'll post more about it as we get a confirmed date. 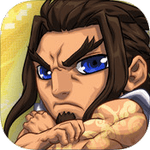 Fantasy Strike Assistant Jumps to the Aid of Sirlin Games
Sirlin Games has released an app to assist you while playing their physical games: Yomi, Puzzle Strike, and Flash Duel. The app allows you to look up any card from the games, track life totals, randomize bank chips, etc. Here's a full list of what the app can help you with:

Sirlin Games wrote:
a. View every card in Yomi
b. View every chip in Puzzle Strike and Puzzle Strike Shadows
c. View every card in Flash Duel, including Deathstrike Dragon's cards
d. Track life totals and knockdown state for two characters at once in Yomi (the app knows the starting life of each character to make it even easier)
e. Instantly pick a randomized set of bank chips for Puzzle Strike, either from the 3rd Edition base set, the Shadows expansion, or from both.
f. Choose from lots of preset banks
g. Swap out certain chips in the list and replace them with other chips to keep track of the swap procedure when playing in tournament formats.
h. Character randomizer for when you'd rather leave your character choice to chance.
Fantasy Strike Assistant is available for iPhone (2x on iPad), is FREE, and can be found on the App Store. 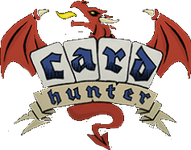 Card Hunter Released
Card Hunter has been released by Blue Manchu. Card Hunter is a Flash-based game that you can play in your browser, but an iPad and Android Tablet version is "possible". So, why bring up a game that might never make it to your mobile device? Because Card Hunter is pretty amazing, that's why. It's a CCG at it's core, but it doesn't feel like one. The CCG aspects feel pretty much removed, and it plays like a tactical RPG, complete with cardboard-standup minis and square-grid map. The art (especially the module covers and illustrations) has a wonderful, Gygax-era feel to it. Basically, you create a character, go exploring and get loot. From there you get more cards, which lets you do cooler and more powerful things. The game, smartly, introduces you with a tutorial consisting of high-level play. You get to do some cool stuff before having to start with your own 1st-level bum. But that taste of power really drives you forward to get better and better. I've only played the single-player campaign so far, so I can't talk too much about multiplayer. I'm hoping those who have played can get into more detail in the comments below. It's FREE to try, so there's no reason to not go give it a spin. You can sign up at the offical webpage.