• French publisher Spiel-ou-Face has two new games appearing at Spiel 2013, one of which — Oss — is a co-publication that I've already covered on BGGN. The second title is S-Evolution from Spiel-ou-Face's own Jean-Michel Maman. I don't quite get the title — six levels of evolution maybe? — but having already expressed my love of trick-taking games, I like the concept:

Quote:
From fire to smartphone in less than an hour!

S-Evolution is a unique combination of a classic card game — with tricks, colors and trump — and of a typical "Eurogame" of resources management and civilization. Each player has a deck of 24 cards, and in each of the six rounds, he draws a hand of four cards from this deck. Each player starts the game in Age 1 and adds the progress card of this age to his deck.

Each round consists of a card phase, lasting 4-5 tricks among all the players, followed by an individual management phase. During the card phase, players try to (1) gather resources (which are on the cards) to pay for the needs of their civilization and to construct buildings, (2) avoid diasters, and (3) collect discoveries. However, the value of a player's cards are affected by which Age he occupies. In Ages 1 and 2, for example, his cards have no color, so they automatically lose to cards of players in Age 3 and above as those folks have discovered the awesome power of hue. What's more, in the primitive Age 1, you can't see the cards before you play them. That's how primitive you are! In Ages 5 and 6, a player can start using trump to beat out those in lower ages.

The advantages in the card phase are balanced by the needs of your population, which is much greater in later ages. In each trick, each player collects one played card based on the value of their card played, and players then use the resources on these cards (food, tools and science) to satisfy the needs of their population, erect buildings (which supply additional resources), gain advantages (which can protect you from disasters or earn you victory points), or advance to the next Age of S-Evolution. Players score points each round depending on how well they meet the needs of their population, suffering penalties if they fail to do so.

At the end of the sixth round, players score points for their sets of discoveries, and the player with the highest score wins!
Reminds me of Kraków 1325 AD in some ways as the card play isn't the be-all end-all of what you're trying to do. I think I'd need to give this a try before I could really grasp what's involved with all the moving parts. Only three weeks until I arrive at Spiel 2013. Time to keep moving...

• New U.S. publisher Mr. B Games is debuting with the mid-2014 release of Alien Uprising from Richard Launius and Mr. B's own Sean Brown, and it's already announced another forthcoming release: Brandon Allen's Clockwork Kingdom, with a Kickstarter campaign for the game coming in Q1 2014, according to Allen. An overview of the game:

Quote:
Clockwork Kingdom is a game in which each player takes the role of a lord attempting to claim the throne in the wake of the king's death. To start the game, each player has a small army of loyal steam-powered automatons to do their bidding. Each player must choose where to send his servants, whether to get supplies from the market, build useful contraptions in the workshop, or even attempt to acquire powerful alchemy stones, all the while warring with opponents in a number of battlefields in an attempt to control the kingdom by force.

However, players have more at their disposal than simple automatons. Throughout the course of the game, players can also recruit Alchemists, Professors, and Artificers to their cadre of loyal vassals, each with their own unique abilities. To claim the Clockwork Throne, players must make difficult decisions to outwit their opponents in an attempt to gather resources, obtain workers, manufacture contraptions, and dominate battlefields. 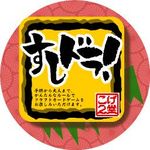 • In addition to adding games to the database and the Spiel 2013 Preview, I also edit and rewrite game descriptions on a far-more-regular basis that I probably should, but I want that preview to be as spiffy as possible, so I do it anyway. For example, here's a more detailed description of Sushi Draft!, one of several titles that Japon Brand will sell at Spiel 2013 and a game listing that originally had nothing more than the first paragraph of what's now in place:

Quote:
Sushi Draft! is a fast little card game that looks good enough to eat! Over three rounds, players draft plates of sushi and collect sushi points, which are drawn randomly. The player with the most diverse menu gets dessert!

Sushi Draft! includes a deck of 32 sushi cards (8 ikura, 7 ebi, 6 maguro, 5 tamago, 4 kappa and 2 "wild" triples) and 18 point tokens (three each for the five types of sushi and three for dessert); the point tokens range in value from 1-5, with the more plentiful sushi dishes being worth more points. At the start of each round, players shuffle the cards and receive a hand of six cards. Players simultaneously draft a card from their hand and reveal it, placing it on the table. They then keep one card, pass the remainder to a neighbor, and draft and play again. Once everyone has five cards in front of them, players receive point tokens. Whoever has the most sushi of each type draws a point token of that type at random; if players tie for the most of a type, however, then the player with the secondmost of that type draws the token instead. If all players are tied, then no one scores for that type of sushi. The player with the most types of sushi scores a dessert token at random.

After three rounds, players tally their points, and whoever has the highest score wins!

Quote:
Sukimono is a stock market game of real-time card collecting. You are a collector of pots and plates during the Edo period of Japan.

At the start of each round, each player receives 5 ryo (an old Japanese currency unit) and the game board is filled with "wanted objects". New objects are placed at particular price values, while objects already on the board are boosted one step on the price chart because they're still in demand. In player order, based on the number cards they hold, each player chooses a deck of object cards, which represents a particular location of Japan. Everyone goes through their decks at the same time, pulling out any items that they'd like to buy and that they can afford to purchase. At any time, a player can stop looking and grab the lowest available number card.

Once everyone has bought their wares, they sell them in number order from low to high, selling as many items as they wish for the current prices on offer and holding on to whatever else they've purchased. Each time an item is sold, the appropriate wanted card on the game board drops one level in value, falling off the board if demand is fulfilled. If you end up trying to sell at the wrong time, some of your collection will be worthless! If a player has 50 or more ryo, the player with the most ryo wins; if not, a new round begins with players taking the decks of object cards, searching once again for goods in demand...

• And what the heck, let's look at one more Japon Brand title so that I can get double the mileage from the rewriting. Here's Jun'ichi Sato's Eat Me, If You Can, which sounds by turns charming and disturbing depending on how you say it:

Quote:
Little Red Riding Hood and the family of pigs are living peacefully in the village – but one day, a hungry wolf appears who would dearly love to eat someone. Red and the pigs are in danger of being eaten! Rather than surrender to the plate, though, they decide to trap the wolf and shoo him from the village. Can they drive the wolf away – or will they all be eaten?

In Eat Me, If You Can, the wolf player tries to eat one of the other players to score points while the players, being prey, score by trapping the wolf. In each round, one player is the wolf and the other players are given Little Red Riding Hood (worth 3 points), Mother Pig (2 points), or a little piggy (1 point). Each non-wolf player then secretly chooses one of two cards in hand: Will the player sleep and rest, hoping not to be disturbed by the wolf? Or will the player set up a trap, thinking that the wolf will be coming for her? Once the players lay down their cards, the wolf chooses one of the players. If this player went to sleep, the wolf takes points from this player equal to the value of her character; if she set up a trap, on the other hand, she takes points from the wolf. Everyone else who rested this round scores points from the bank for their character — but only if they got their beauty sleep!

Whoever lost points that round becomes the wolf for the next round and hands out the character cards to players as she wishes. As soon as a player has ten or more points, the game ends and the player with the most points wins.