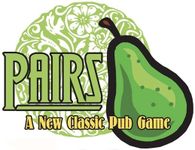 • Cheapass Games' James Ernest has released the new card game Pairs, co-designed with Paul Peterson, in a print-and-play format on his website, in addition to making a published version available via [company=26392]DriveThruCards[/company] before he plans to launch a Kickstarter campaign for a version with "all-new character art from one of your favorite fantasy worlds" in February 2014. Three versions of a new game so quickly — it's madness, I tells ya. As for how you play, here's an explanation:

Quote:
Pairs is the name of the game, and pairs of cards are what players want to avoid. The game uses a 55-card deck that contains one 1, two 2s, three 3s, and so on up to ten 10s. At the start of the game, shuffle the deck, then remove five cards from play unseen. Deal one card face-up to each player.

Whoever has the lowest card is the first active player. She decides whether to "hit" — that is, be dealt another card — or forfeit the round. If she hits and is dealt a card that doesn't match a card she already has in front of her, then the next player clockwise becomes the active player; if the card does match, then the round ends, she keeps one of these matching cards as penalty points, then everyone else discards their cards and a new round begins with each player being dealt a card.

If the active player forfeits, the round ends and she takes the lowest-valued card visible on the table as penalty points, then a new round begins. Penalty cards remain set aside, even if the deck is shuffled to continue play. If a player acquires more penalty points than the predetermined threshold, then the game ends and this player loses. (Alternatively, players can use coins to track scores between games, with the loser paying everyone one coin, paying her score in coins to the player with the lowest score, etc.)
I've played Pairs once with a homemade deck assembled from three 52-card decks, and the game seems to hit the "pub game" target described by Ernest: "One thing that distinguishes truly great casino and pub games is that basic strategy is easy, but perfect strategy is really hard." You're pressing your luck with every card draw, and you could potentially try to track every card (although five are burned with each shuffle), but the reward for doing so seems to run counter to the breezy feel of playing it risky and hoping for the best. 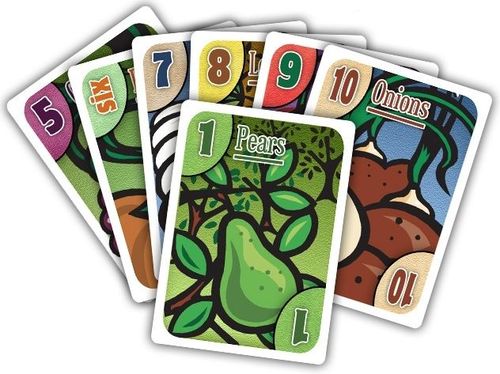 The current fruit-filled version for those who can't wait for...whatever is coming

• Despite a failed Kickstarter project in April 2013, U.S. publisher Jolly Roger Games plans to release Philip duBarry's Family Vacation in the first half of 2014, according to JPG's Jim Dietz:

Quote:
Files have been uploaded to the factory in China.

I was able to do this because of the success of Pirates vs. Dinosaurs and Founding Fathers — as well as Philip's patience in being willing to wait while some stuff was worked out with the factory (so it will come out at the same time as Kremlin).

I'm excited that it's finally able to see the light of day!

Second, due out in March 2014, is Zombies!!! Deadtime Stories, a 72-page scenario book that also includes character, experience, and zombie stat cards. Here's an overview of this release:

Quote:
The zombie apocalypse creeps across the world like a cancer, gutting cities and driving survivors to find refuge beyond areas of previously dense population. This struggle is seen everywhere, but it's not the whole story... Who are these survivors, and why do they fight to survive?

Zombies!!!: Deadtime Stories is a collection of nine storyline scenarios (including both co-op and solo scenarios) for the award-winning Zombies!!! board game. Players can take on specific roles, each with their own special quirks and abilities, and they strive to accomplish things beyond just getting out of the area alive. They gain experience over time, growing as heroes of the post-human world.

• Fantasy Flight Games has announced two expansions for Talisman (revised 4th edition), one a print-on-demand item available immediately and another coming in March 2014. The first item is The Nether Realm, designed by Talisman Island's Jon New, which features a "quest for the Crown of Command" in addition to a pyrochanter, titan wraith, and three new alternative ending cards. New explains his goal for the expansion in FFG's announcement of the item.

The Talisman expansion coming later — The Firelands — is a larger expansion with new characters, new terrain cards, and new threats:

Quote:
A new peril erupts in the realm with The Firelands expansion for Talisman (revised 4th edition). The legendary Ifrit have returned to exact fiery vengeance on the land of Talisman. The Ifrit's inferno will char the land, burning away players' resources and setting entire regions ablaze. Players must race to battle this terrible threat since only the Crown of Command can truly extinguish the Ifrit's flames. Only the greatest of heroes will rise from the flames to complete the quest across The Firelands.

Talisman: The Firelands includes four new characters: the Dervish, the Warlord, the Nomad, and the Jin Blooded. New terrain cards reshape the land in the wake of the Ifrit's destruction, and three new alternative ending cards offer players different ways to engage in the endgame.