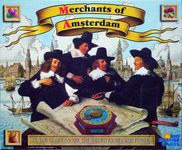 • On his personal blog, designer Kevin G. Nunn has been posting an interesting series of articles for game designers titled "The 10 Best Game Mechanisms You Aren't Using". Part one covered memory and suggested Shadows over Camelot: The Card Game as an excellent example of how to integrate a memory component into a game design: "The simplicity of the rules combined with the way in which memory serves both as a motivator for loyal characters and a cover for traitorous ones makes this game the best example of memory as a game mechanism."

Part two covers evolving card decks (which is not simply another term for deck-building but an evolution of that concept) and simultaneous action selection, while part three consists of Dutch auctions and subgames. Nunn lists only one title under subgames, but I suppose you could add Magic: The Gathering to that list (thanks to the card "Shahrazad" in the decades-old Arabian Nights set) and Kris Burm's Project GIPF series of games as you can include pieces in one game that launch you into a different title in order to resolve certain actions. Looking forward to the rest of this series! 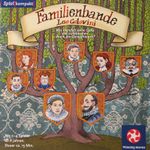 • Nunn also has a nice blog post examining the qualities needed for a good family game, which he describes as a game that "should have enough going on that you as a gamer don't mind playing it" while at the same time "its complexity is not out of the reach of your non-gaming social circle". To square that circle, according to Nunn, a game should satisfy these four criteria:

-----—The rules needed to play can be taught in three sentences or fewer.
-----—The components teach (or at least reinforce) the rules.
-----—The victory condition can be stated in one sentence.
-----—The game must contain an engaging dexterity or social component.

His top three picks for these criteria are Tier Auf Tier, 6 nimmt! and Scattergories. One of my faves is Leo Colovini's Familienbande (which I happened to play three times on New Year's Day) as I love the engaging theme, the goofy portraits, and the straightforward gameplay that lets you focus on what the opponent is doing instead of trying to recall one obscure rule or another. Admittedly the rules for it run more than three sentences, but it ticks off the other categories nicely.

• I've encountered a number of "best games of 2013" lists in the past several days, one such list being Andy Nealen's on Paste. In addition to the usual suspects (Hanabi, Francis Drake, Bruges, Nations), Nealen mentions Ascension: Rise of Vigil and Eight-Minute Empire. Good to see the love spread around a bit.

• And speaking of Hanabi, designer Antoine Bauza posted his "games of the year" on his blog, and in the analog category he chose Steffen Benndorf's Qwixx, which was one of two titles that Bauza's Hanabi beat out for Spiel des Jahres 2013.

• Eight-Minute Empire gets a second nod in designer Bruno Faidutti's blog post on Japanese minimalism, which he posits as a new school of game design that stands apart from how gamers and designers previously categorized the world of games. An excerpt:

Quote:
Ten years ago, we used to single out two schools in game design, German and American, which could also have been called classical and baroque. The former produced abstract or weakly themed games, esthetically sober if not bland, with clear rules, little interaction and some strategic depth. The latter designed highly thematic games, often violent or humorous, graphically heavy, with long and confusing rules, with incessant tactical decisions often leading to chaos....

Things are becoming more complex, and I wonder if we could now add a third school, which we can call the minimalist or the Japanese school – even when it's already internationalized.

Like painters, writers or chefs, most game authors dream of a pure and uncluttered design, an epitome of simplicity capturing the true essence of gaming. We all gave it a try. Ultra-simple games based on a single mechanism, needing only a dozen pieces or cards and emphasizing a zen esthetic have always been around. Think of many small abstract games, like Steffen Müllhauser's Six or Linja, or my Babylon/Soluna. Think of some German card games like Thorsten Gimmler's No Thanks! or Doris & Frank's Pico. Think of Werewolves and its many siblings and cousins.
Pico predates the "500 yen" design challenge — referenced in this BGG News post about new games in Japan — by more than a decade, and Faidutti's a keen judge of game design history to pull together these examples and how something like Love Letter is both yet another example of such minimal designs while also being a precursor for the widespread presence of such games.