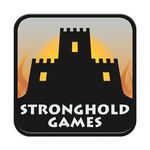 • Stephen Buonocore, owner of U.S. publisher Stronghold Games, has set a somewhat insane production schedule for himself in 2014, with the North American release of Among the Stars and the trick-taking game Diamonds both due out in August 2014; Among the Stars: The Ambassadors, Panamax, and Space Cadets: Dice Duel – Die Fighter due in September 2014 (while first all being available at Gen Con 2014); Among the Stars: The Promos, Core Worlds: Revolution, and Kanban: Automotive Revolution due in October 2014; and finally Space Cadets: Away Missions, Space Cadets: Resistance is Mostly Futile, and Medina in November 2014.

Wait a minute — what's that last one again? Yes, Stefan Dorra's Medina is returning in a new edition from frequent collaborating publishers Stronghold and Dutch publisher White Goblin Games. Buonocore notes that this edition of Medina features "a double-sided game board, almost 200 wooden pieces, and updated gameplay, as well as rules and components never before published for this game". For those not familiar with this excellent game, here's an overview:

Quote:
The City of Medina, the year 1822. After years of decay, it is time to rebuild Medina, located at the foot of the Sarawat Mountains. The players work to erect large and beautiful palaces and to renovate the damaged city wall. As life returns to the old city, people flock through the alleys and the contours of the new city gradually reappear!

Each turn, players may place two pieces on the board, either augmenting an existing building or starting a new building if the current building of that color is finished. Each player will claim one building of each of the four colors by the end of the game, giving one point per wooden piece attached to the building. Also, if you own the largest building of a particular color you get a bonus for that color. Finally, there are bonuses for the player who most recently connected one of their buildings to the walls, which grow from the four corners of the city. 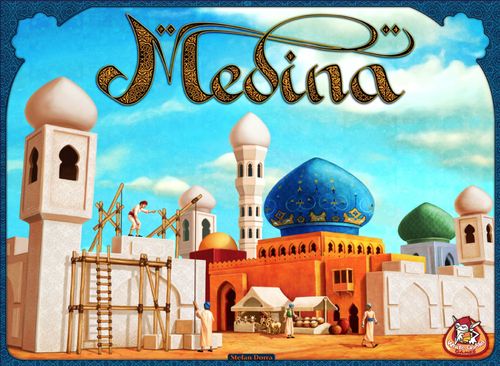 • North American publisher Mercury Games has announced that it will release a new edition of Fran Diaz's Polis: Fight for the Hegemony in Q4 2014.

• What's more, Mercury Games will release two titles from designer Gregory Denysenko in a political wargame series titled "Real Untold Stories of History", or R.U.S.H. Mercury describes the series as "politically-centered card-driven games with themes not often covered in boardgaming. A second criteria for the series is that the games must play relatively quickly, with most games having a playing time of three hours or less."

The first such R.U.S.H. title, Orange Revolution, will be released in early 2015; here's an overview of the game, along with a pic of the prototype game board from the designer:

Quote:
Orange Revolution, the first title in the "Real Untold Stories of History" series from Mercury Games, is a block CDG game that pits Viktor Yushchenko against Viktor Yanukovych. Orange Revolution puts you into the revolution with its tense, thematic gameplay. Whether campaigning, attempting assassinations, or drumming up protesters to the Maidan, the many varied options will ensure each game is different — and with five total turns, the game is playable in 90-120 minutes.

For those unfamiliar with the series, Orange Revolution is played on a game board depicting the many oblasts or regions that comprise Ukraine. Each region can have 1-11 influence points placed there. Cards are used to move blocks and leaders from region to region, add influence points, exploit events, and bring protestors and militia to the Maidan. Blocks — representing political forces such as Pora, avid supporters and government forces — battle for the hearts and minds of the Ukrainian people. Blocks need to be present in a region to add influence points or for a leader to hold a rally in a region.

The Maidan may be activated during the game, leading to a sub game of amassing supporters and militia. The blue forces will have to choose to crackdown on the orange forces or allow the dangerous, but historical peaceful protests to swell. Will you bring Tulia Tymoshenko or Yushchenko to the Maidan to draw more crowds? Or use them to rally across the nation? 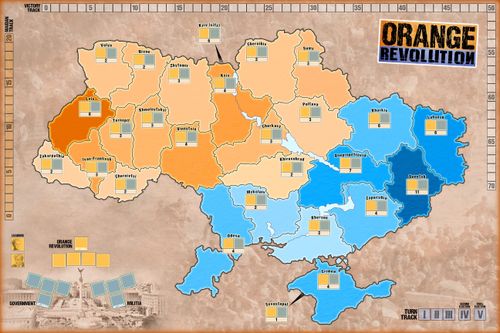 • Mercury plans to follow that title in 2016 with Denysenko's Weimar: German Politics 1929-1933, the overview of which follows:

Quote:
October, 1929: The Republic is crumbling. With the death of Gustav Stresemann on October 3, 1929 and the crash of the American Stock Exchange, Germany's recovery from the devastating Great War now is in doubt. Communist, Fascist and Republican forces clash over ideology and erupt into a war of words and violence. Unemployment begins to spiral out of control while the German people grow restless. Rallies are held by charismatic leaders as lawmakers struggle to find answers. Amongst the chaos, a new figure will head the German nation.

Weimar: German Politics 1929-1933 is a two-player political game that tries to simulate the chaos of Germany prior to Hitler's appointment to chancellor. Will you take the role of the Social Democratic leadership, staving off the extreme ideologies of Communism and Fascism? Using your political influence and paramilitary forces, will you try to gain control of the Reichstag, or send Germany to the brink of anarchy? Can you change history, or is Germany doomed to repeat it?

Weimar is a block/CDG in which one side plays the SPD and the other plays the NSDAP. A third Communist force is played by both players. Players hold rallies, street fights, build alliances, and try to win the hearts and minds of the German people.

Victory can be achieved in multiple ways, with both parties being able to gain influence in each electoral area and score them in each election phase. Influence is gained by holding rallies and bringing political and paramilitary forces to both "encourage" and intimidate the German people. Alternatively for the Nazis, they can use events to increase chaos and unrest in order to bring down the weak parliamentary government. For the SPD, they can use special actions to stop the Nazi political machine, including the elimination of its leadership.