Asmodee Details Splendor
The biggest news of the last couple weeks--actually, the whole year so far--is that Splendor is heading to mobile. When we posted about it last week, that was really all we knew, but Brad's been hard at work bugging the big wigs at Asmodee, and today we have a little more info. I was going to try and parse all the info in the interview that Brad conducted, but I think it might be better if I just cut/paste the entire thing so that you guys don't miss anything:

Brad: Will is be for iOS Universal or iPad/tablet only? Are there plans for Android?

Asmodee: It's iOS universal, which means it works on both the iPad and the iPhone. And yes, it will be available on Android via the Google Play store on the same day as the iOS version, and on the Amazon Kindle Store shortly afterwards. The PC/Steam version will follow up during this summer

The app adapts itself to the screen ratio automatically. It even provides settings that let you customize the display of in-game elements, like having larger cards or tokens, moving elements a bit to the left or right, or even switching to another font for better readability on very small screens. This is especially important in the Android world, where screen formats vary so much.


B: Can you tell us about the multiplayer options in the game?

A: The game provides a Pass-and-Play mode, up to 4 players. An online multiplayer mode is being currently considered by the development team


B: What kind of solo play options will there be? Are there AI opponents?

A: There are two solo modes. A classic "Against the AI" mode and a new "Challenges" mode.

There are 3 types of AI: Balanced, Opportunistic and Specialized.
One thing you should know is that there is no “silver bullet” with Splendor – which is what makes this game so interesting! In the board game world, every once in a while an expert player would come up with a new “ultimate” strategy. And within a week, another player would explain a counter-attack and tear down the proposed technique.
So Splendor is not a “solved game”. And the various AIs in the digital version are not divided by difficulty levels but by behaviors. These behaviors were inspired by techniques from real-life players. You might beat some behaviors more easily than others. And it could be different for another player.

Challenges offer problems to solve, often with minor rules tweaks, set-up configurations or goals.
What we are trying to accomplish with Challenges are 3 things:
- Fun : have fun exploring alternate possibilities with the Splendor game system
- Mind-teaser : get your brains at work with some simple but sometimes tricky puzzles
- Improve yourself : these Challenges were not designed at random. They were actually developed after watching real-life players play in tournaments, talking to experts, etc. They have a hidden purpose: help you discover some specific techniques that you will be able to re-use in the normal game! Playing these Challenges will take your understanding of the game to the next level.
These Challenges are grouped in themes. You will find 3 packs of them in the game (6 Challenges in each pack). You should expect to see new packs being developed and released later this year after 1.0 ships.
And one last thing: the History-interested among you should read the stories attached to each of theses Challenges. All dated facts are historically accurate, and you will discover some amazing stories from the XV et XVI centuries!


B: Splendor has been praised for its art design. How will you be carrying that over in digital form?

A: We re-used exactly the game graphic materials as the board game: lavish illustrations, cards, tokens, etc.


B: Those chunky poker chips really make Splendor. How will you recreate that tactile feeling in the game?

A: Obviously you won't be able to hold the cool chips in your hand ;-) But you still tap on them to grab them (or do a drag-and-drop in your hand), and you have animations and sound feed-back when you manipulate them. With these animations, we tried to reproduce visually what you experience with the board game.

Brad also tried to pry a release date out of them but, for now, they're not talking. We're hoping to have more information and maybe some screens in the next week or two. If anything else pops up, we'll post it right away. 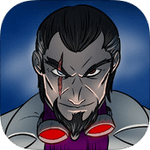 Sentinels of the Multiverse on Sale
Sentinels of the Multiverse is a fantastic implementation of the cooperative card game, but it's never been on sale since its release last year. It's currently on sale for the PC/Mac version due to the Steam Summer Sale [Actually, it's not. Oops! -Dave], and the guys at Handelabra Games Inc. didn't want the tablet players to be left out. So, right now through Sunday, you can pick up Sentinels for only $5. That's 50% off the normal price, so if you don't have the game for iPad or Android yet, now's the time.

In other Sentinels news, the multiplayer update is progressing nicely, as is their work on Sentinels of the Multiverse: Infernal Relics. The Handelabra guys run a Twitch stream every week showing off Sentinels, and lately they've been showing off these new aspects. Take a look at what Handelabra's up to.

Warhammer 40K: Armageddon Landing on iPad Today
Slitherine Ltd. has made some of the greatest wargames for iPad: Battle Academy and Panzer Corps come to mind. Now, what if they took those games, but set them in the Warhammer 40,000 setting? I'll tell you what happens. Warhammer 40,000: Armageddon happens.

Armageddon has been out on PC for a while now, and has been really well received. It's coming to iPad later today, and will include the Untold Battles DLC.

Armageddon tells the story of the Second War for Armageddon and is a turn-based, hex-based war game. This looks like a good time for a blurb:

Slitherine wrote:
-The game portrays the Second War for Armageddon in great detail, from the initial Ork landings to the final liberation of the planet

-Large branching campaign with 30 major scenarios, plus additional 5 tutorial scenarios that explore the story in detail

-A complex plot, which can develop during a mission, right in the middle of battle, creating an engaging story line with unexpected twists

-Players lead Imperial troops of the Armageddon Steel Legion, with supporting assets from a number of Space Marine chapters against the ferocious Orks

-Carry over battle-hardened veterans from scenario to scenario, using their experience and upgrading their equipment

-Extensive modding options delivered through a powerful and easy-to-use game editor.
Whew. No way I was typing that all up.

Armageddon will be for iPad only, but they haven't announced a price yet. Considering that both Battle Academy and Panzer Corps are $20, don't be surprised if that holds for Armageddon as well. 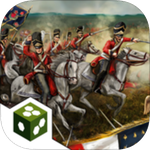 Once again, let's blurb it:

HexWar wrote:
At dawn on June 18th, the torrential rain which had soaked the Belgium countryside the previous day began tapering off. Seventy thousand French troops, constituting the bulk of Napoleon’s Armee du Nord, which two days earlier had vanquished the Prussian Army of the Rhine at Ligney, now expected to exploit their initial victory by destroying the unsupported and inexperienced Anglo-Dutch forces which the Duke of Wellington had deployed across the Brussels-Charleroi highway a few miles south of the inconsequential hamlet called Waterloo.

That morning at his headquarters in Le Caillou, Napoleon discussed the impending battle with his subordinates while awaiting the arrival of several French Corps which had bivouacked further south. Disagreeing with the French generals whom Wellington had consistently defeated in Spain, Napoleon insisted that his opponent was a poor commander and that the English troops were much inferior to the French. The battle which Napoleon envisioned would resemble ‘le petit dejeuner’, Wellington’s army would be devoured as easily as a light continental breakfast. 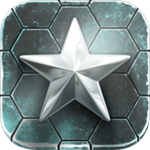 Wars and Battles Expands with the October War
Wars and Battles is a pretty cool game that combines a digital wargame with tabletop aesthetics. It's real selling point, however, is acting as an engine for different wars, regardless of the type of warfare depicted. It was released with Normandy 1944, and we were promised more modern conflicts as well as heading back to the age of Napoleon.

Today, that promise should be partially fulfilled as the first expansion is expected to be released, focusing on the October War of 1973. This is completely different than the Normandy scenario, involving modern aircraft and offering two maps that players will need to control.

That's not all, though. Wars and Battles is also expected to release for Android today as well!

Currently, Wars and Battles is for iPad only and the base game will cost you $7 on the App Store. Not sure how much the October War expansion will cost, but considering Normandy is $10, lets go with that.

Torchlight Mobile Announced for, um, Mobile
Torchlight and Torchlight II are really great games in the action-RPG genre. They could have just been Diablo clones, but instead they brought some real innovation and a different feel to the entire genre.

So, I was pretty excited when I heard that Runic Games was bringing Torchlight to mobile later this year. It's not a port of either of the PC Torchlight games, but an entirely new adventure.

Then, I heard that the game was going to be free-to-play and I became a little nervous. I mean, some games do F2P right, but most aren't what I'd consider fun. It sounds like Torchlight is leaning towards the latter. Touch Arcade got their hands on a copy, and describe the F2P model as having timers and multiple in-game currencies. Blech.

I guess we'll have to wait and see, but my enthusiasm for the project has plummeted.