Collis Roseus MDCLXXIII (aka The New Agricola has arrived!)

Welcome...to my Shed!
Patron Badge for 2004, 2011 through 2018, 2020
After almost a week away, I returned to find the most pleasurable of sights: a table positively GROANING with parcels all addressed to me!

And then, in one of them, I opened THIS: 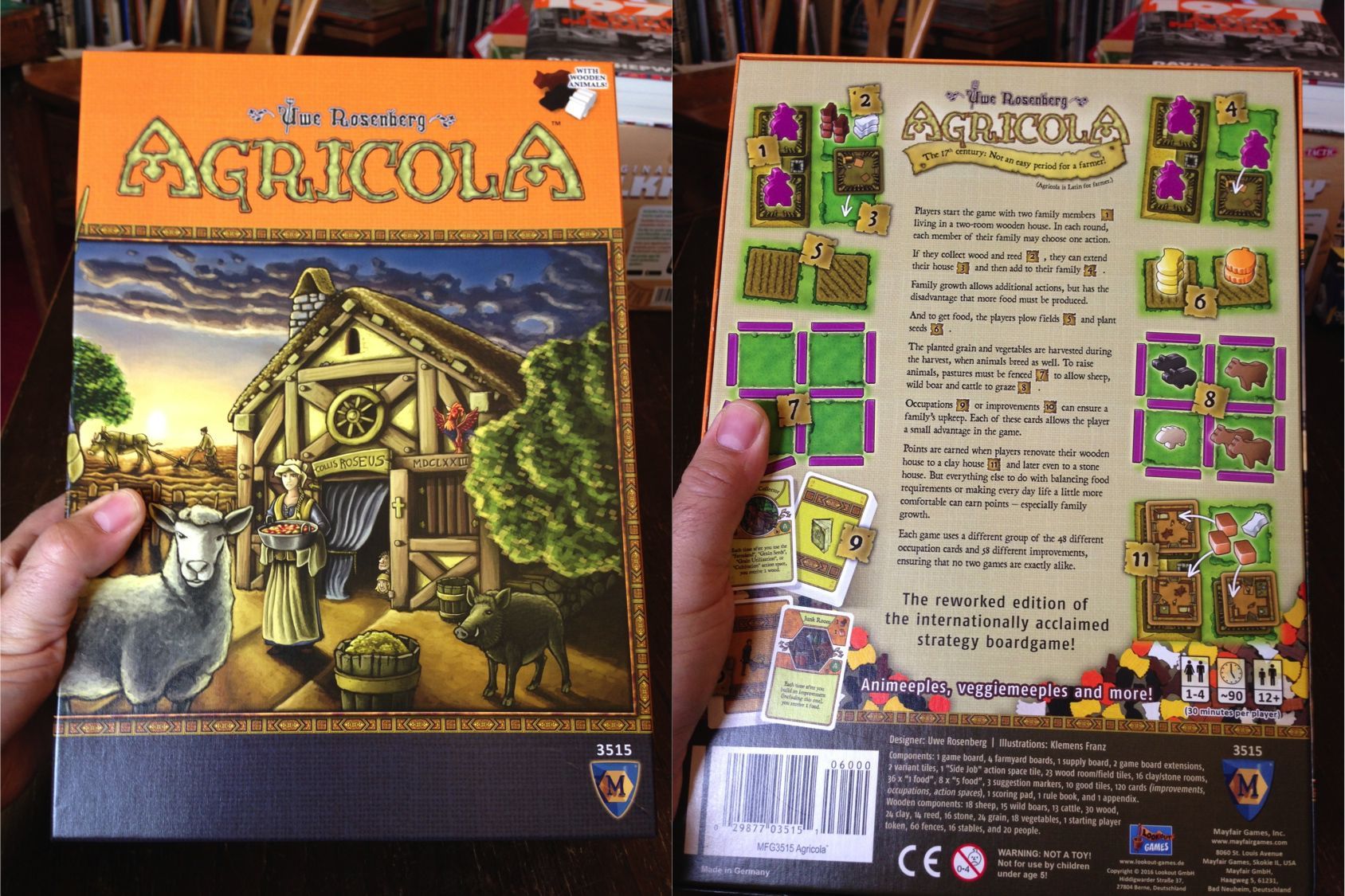 That most awesome of artists/graphic designers - Mr Klemens Franz - has received his complimentary copies of this and Bohemian Villages and, in an act of generosity that may break this blog completely in half, sent ME the extras beyond the first!

What's IN the box?

The segmented main board; no more 'player variant overlay cards' 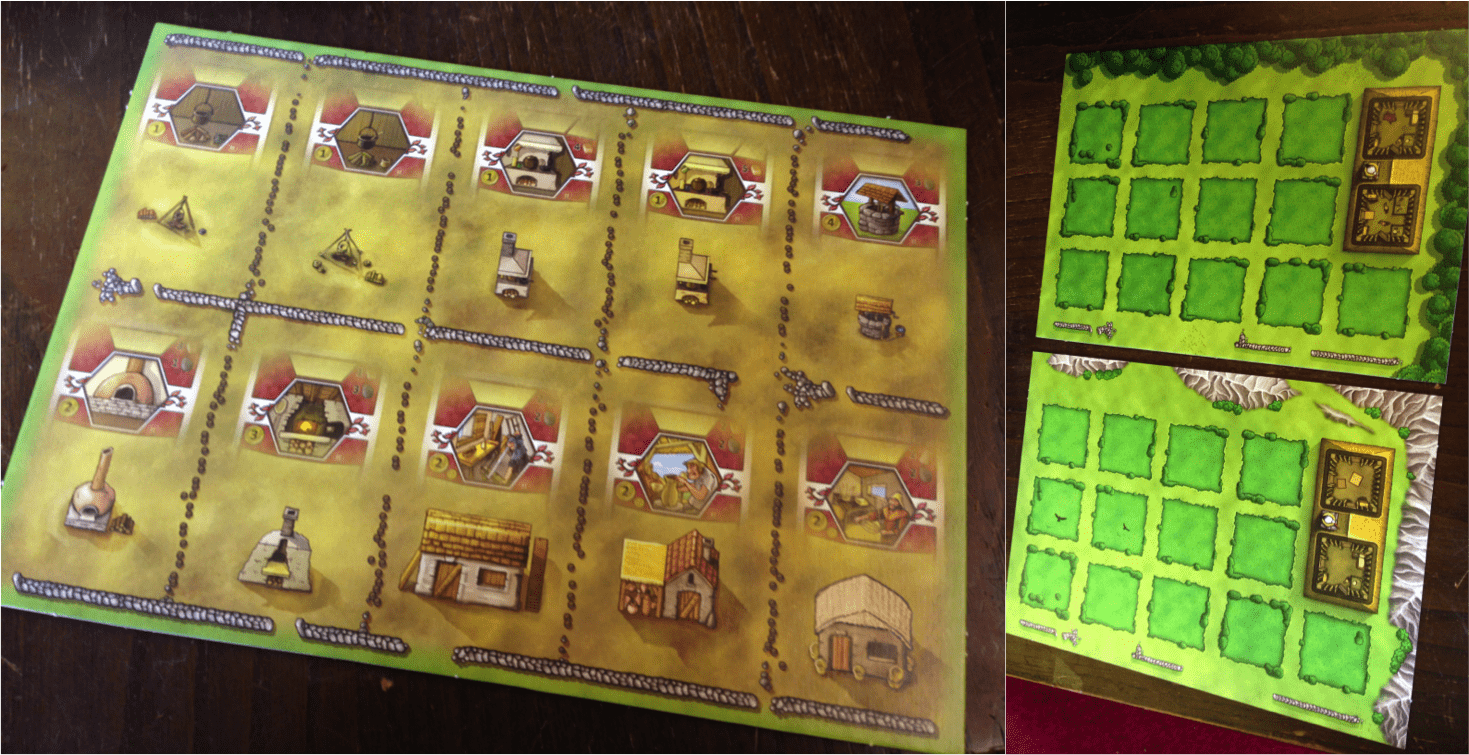 Chits and tokens...and a couple of extra action options (one worker hogs the whole selection) of you're playing 'without cards'! 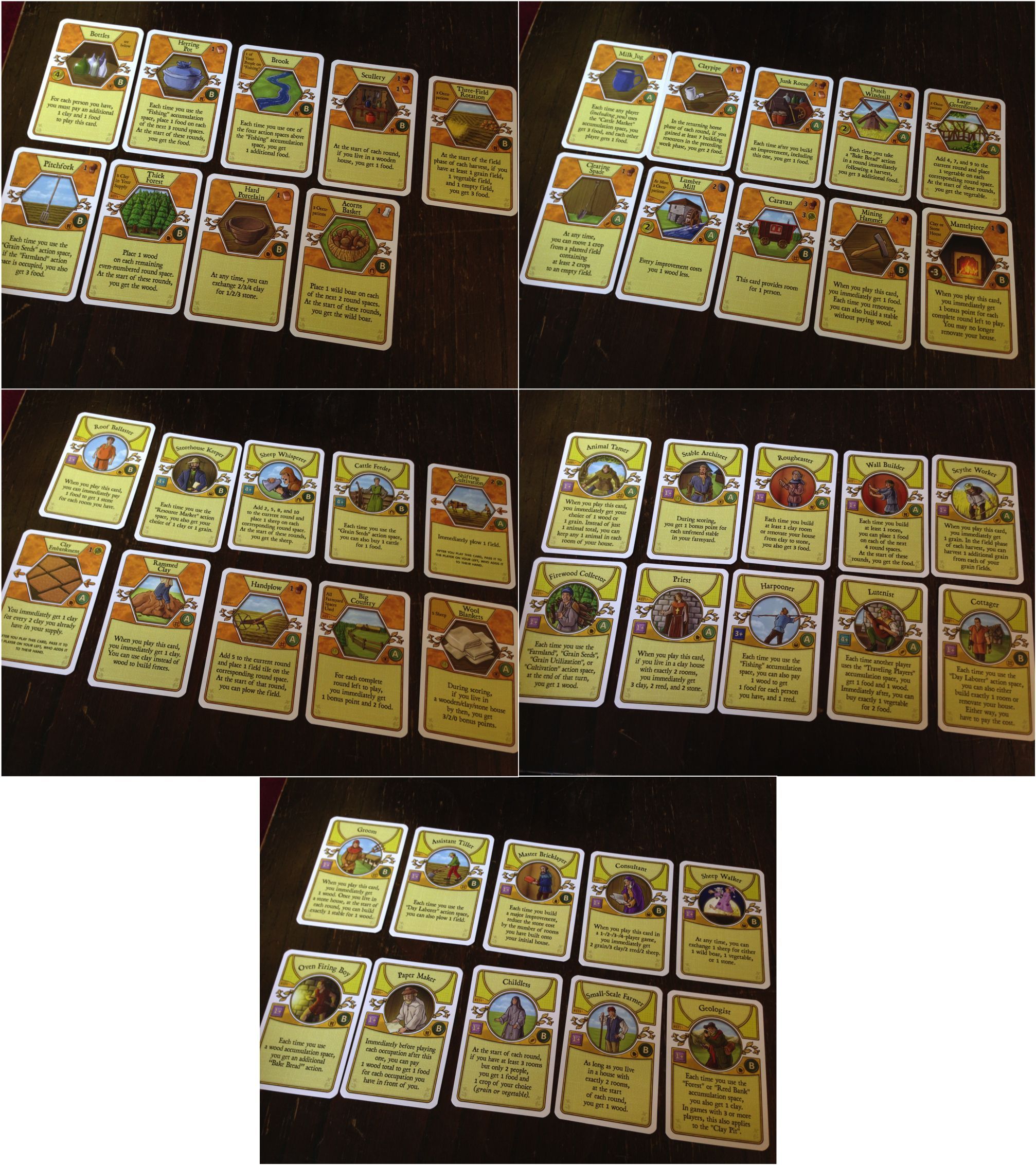 The 'new' Occs and Minors: if only they'd have let me proof read some of these first, eh? "Cottager" means something rather un-Agricolaean in the UK!

Some of the familiar icons are still there, albeit moved, as well as the addition of 'play category' icons (those clay-brown circle things); these illustrate the effect of the card eg. food provider, action booster and points provider but also (according to the rulebook) "...and may be used in the future as requirements and in the card texts.". The 'A' and 'B' notation is the start of a re-envisioned expansion sequence; we shall see extra cards later including - as specifically shown in the rulebook - 'Lover' in the C deck. 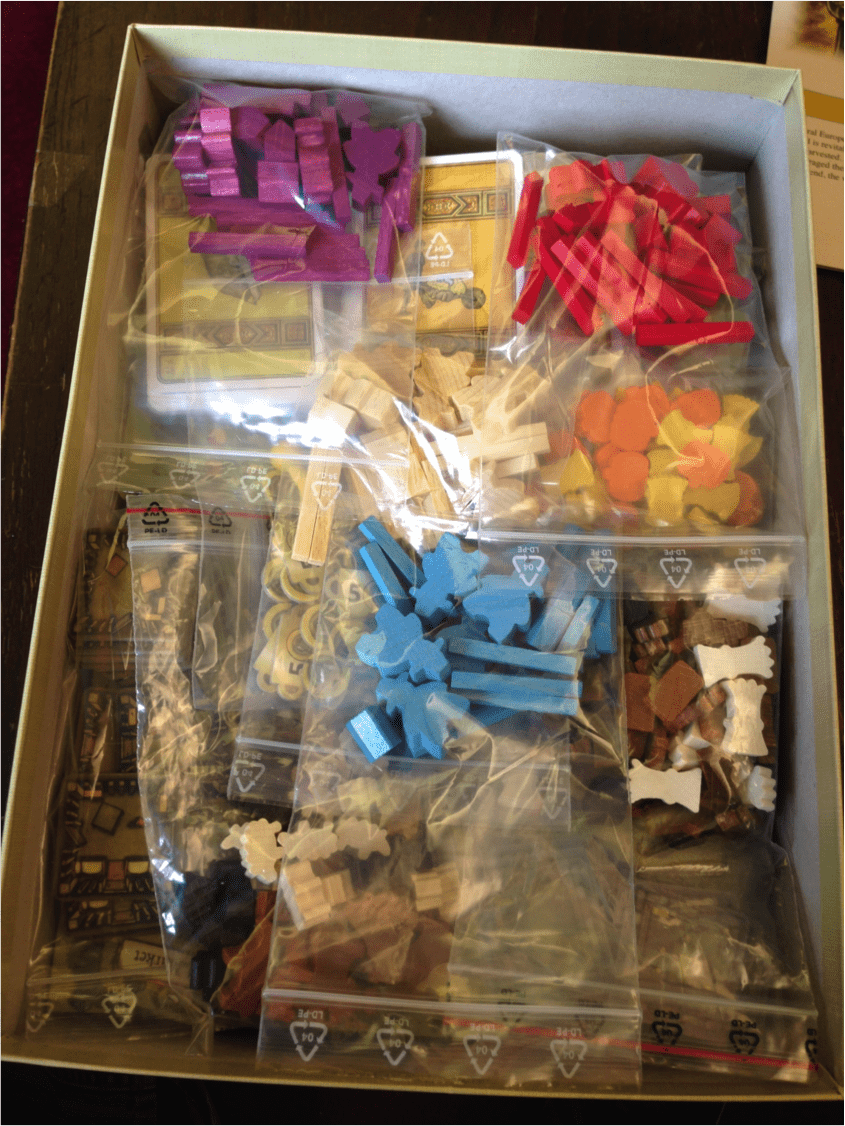 ...all punched, sorted and baggy-ed!

Straight in to the bag for tonight's Ross-on-Wye board gamers it goes!* 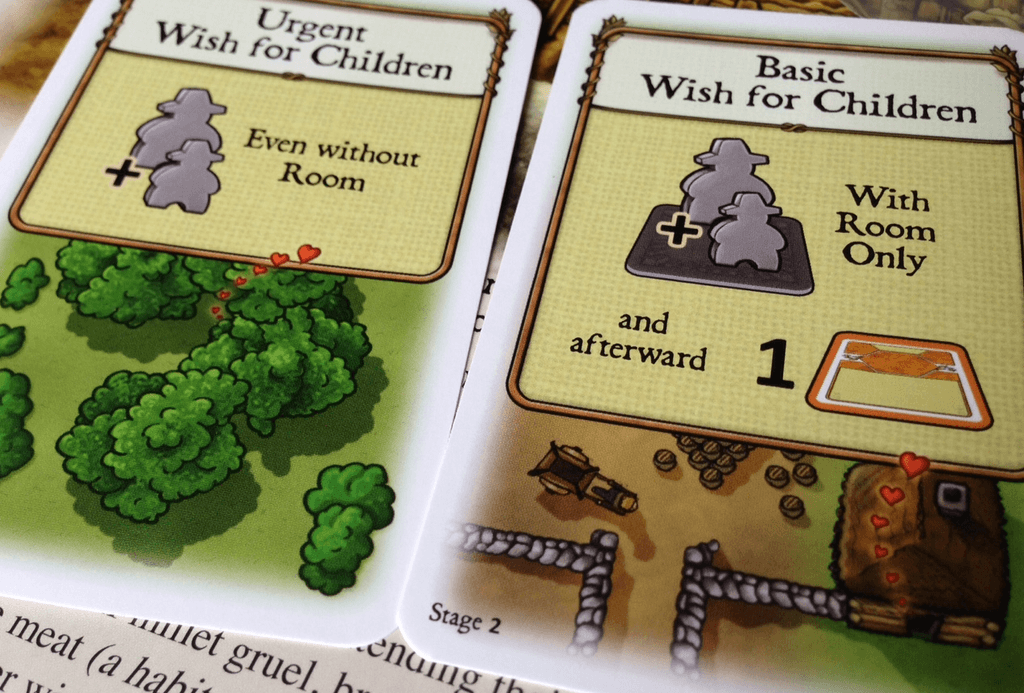 *to those who might mention the C-word at this juncture? There's an interesting mix of new, reworded and familiar cards in this base set to make it worth having a go at; indeed, reluctant 'Gric-ers like Jobbers may well feel more comfortable with the less explosive series of options this set presents.