Links: A History of Catan, A Dissertation on Gaming and Resilience, and A Suggestion for Game Designers

• In January 2020, German publisher KOSMOS, in co-operation with book publisher Langenmüller, will release Klaus Teuber: Mein Weg nach Catan, a 300-page autobiography of sorts by the game designer Here's a short description of the book:
Quote:
This is not a biography in the usual sense: Klaus Teuber tells the story of the origin of the Settlers of Catan. Starting with childhood and adolescence, he describes his long journey from leisure game inventor to first successes to the brilliant idea with which he completely revolutionized the game world in 1995 — and which at the same time steered his life in completely new directions. An entertaining piece of time and game history with a lot of background knowledge, previously unknown and personal. 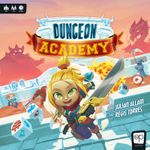 • In case an autobiography in German isn't your style, might I suggest the college dissertation of Pat Marino, lead game developer at The OP, who received his Ph.D. from the University of San Diego in 2019? The title: "Game Types, Game-Related Behaviors and Resilience: Creating a Roadmap for Effective Gamification Design in Higher Education". Here's the abstract:
Quote:
Gamification, or the use of game-based mechanics and thinking in real world applications, is on the rise in educational environments. While various applications seek to increase engagement and motivation for tasks related to student success, research regarding best practices for the design of such systems is lacking. In fact, conflicting outcomes from various gamification studies at the secondary and tertiary education levels suggest that not all gamification designs are effective for increasing student success. Meanwhile, research from the medical field indicates gamification can be used to increase resilience; which has been linked to various student success outcomes including academic performance.

To address this issue, this study surveyed 116 first-year, first semester college students at a mid-sized, private, Catholic university in the Southwestern United States to determine if there were any significant relationships between their gaming behaviors and resilience levels and GPA. In addition to completing the Connor-Davidson resilience inventory (CD-RISC), participants reported their regular gaming habits, including game types, social context, motivation, and frequency and duration of play. Demographics, including sex, ethnicity and permanent residence were also used in the analysis.

Correlational analysis revealed notable relationships between overall resilience, the five factors that made up the resilience inventory, demographics, and gaming behaviors. Specifically, results showed that female students had resilience scores 4.2% lower than males; while regression analysis revealed students attending the university from ‘out-of-state’, scored 6.7% lower than in-state peers. However, playing role-playing games were associated with a 9.6% higher overall resilience level, Computer games were associated with 6.75-8.0% higher resilience in two of the resilience factors, while multiplayer online games were associated with a 17% higher score for the tenacity factor. Data on motivation and social context was inconclusive, and analysis did not yield substantial conclusions regarding ethnicity. Data shows gaming habits and resilience were not correlated with changes in GPA during the first year of study.

Implications for student success are that certain gaming types, including role-playing, multiplayer online and computer games may be more effective for increasing college student resilience, while gaming and resilience may not lead to higher academic achievement in the first-year of college. 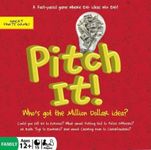 • In August 2019, designer Nick Bentley wrote an advice column for game designers based on his editorial experience with North Star Games:
Quote:
...[O]ne of my jobs is to listen to pitches from game designers who want to license their games.

I see more than a hundred pitches a year and I'm astounded by how bad they are. 99% are bad. No exaggeration.

More than 4000 board games are published annually. Thanks to all that competition, fantastic gameplay is just table stakes. A game also has to be a great product, which means it must satisfy some constraints in addition to fantastic gameplay. Most designers, especially hobby game designers, don’t address the product side in their pitches, or do it poorly.
Bentley says that for best results when pitching a game, designers need to answer these two questions:

1. What is UNIQUELY awesome about this game?
2. How will this game become a hit?

Many commenters on his post take Bentley to task for asking designers to do the job of the publisher — that is, making a hit out of a raw design — but from his perspective the designer improves their chances for success (with "success" being the signing of a contract) by taking this approach. What's the USP (unique selling proposition) for this creation? Why will people care about this game instead of others? How will people find out about this game?

I read (and re-write) a lot of game descriptions in the BGG database, and many descriptions lack anything along the lines of a USP or a hook that will make people curious to explore further (unless perhaps those people like that type of game to begin with). When we set up game demonstrations at conventions, I also stress the USP angle of the presentation: You, the game presenter, have five minutes to let viewers know about your game. Focus on the things this game does that they won't find elsewhere; they can download the rules later to see the details of which pieces go where on the board, but you need to inspire them to get to that point.

• The non-profit news show Marketplace interviewed designer Darren Watts about "the business of board games" and We Rate Dogs: The Card Game, which Chronicle Books released in 2019.

• While scanning the BGG News "in progress" queue for items to publish or delete, I rediscovered this lone bit from 2016:

"Whether or not it's fair to stereotype the hipsters, one thing that I think they are contributing to humanity is the revival of board games." Ladies and gentlement, I present 2016's least useful column on modern board games, courtesy of Steve Downes of Eastern Daily Press.