App News: All Creatures Big and Small Gets Dated, Tsuro Gets Non-Facebook Multiplayer and more... 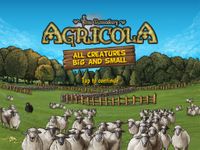 Agricola: All Creatures Big and Small Landing Next Week
Both of Digidiced UG's previous board game ports, Le Havre: The Inland Port and Patchwork, were pretty great implementations of Uwe Rosenberg's 2-player games so we're excited to see how they bring another such game, Agricola: All Creatures Big and Small, to the small screen. We won't have to wait too long, as today they announced that Agricola: ACBaS will be coming next week on August 9th.

The release will be for iOS, Android, and something called Windows 10 and will have cross-platform online multiplayer. There will also be AI for solo play.

Digidiced wrote:
KEY FEATURES
* Experience another faithful boardgame conversion from the studio behind Le Havre: The Inland Port and Patchwork.
* Engage in exciting 1v1 cross-platform multiplayer matches against players from all over the world.
* Focus on breeding the largest and most varied livestock.
* Use the Playback feature to go over your best games and learn new tricks from the pros.
* Stay on your toes and try to beat the challenging AI.
The game will retail for $5 on all platforms and will also offer the Agricola: All Creatures Big and Small – More Buildings Big and Small expansion at launch via a $3 IAP. 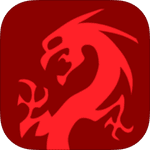 Non-Facebook Multiplayer Comes to Tsuro Via Update
When it came out earlier this year, Tsuro from Thunderbox Entertainment and Calliope Games was a nearly perfect abstract app. Resembling the physical game from the pieces all the way up to the box, not many digital games come as close to capturing that "sitting around a table" feel. If the game had a weak spot it was the online multiplayer which was limited to games involving your Facebook friends.

Today Tsuro received a massive update which alleviates that issue and adds a bunch of other functionality as well:

Thunderbox Entertainment wrote:
NEW! - Multiplayer via iOS Game Center (with automatched opponents)
NEW! - Stat tracking for offline games
NEW! - Record, edit and share your best moves (supported hardware only)
ENHANCED! - Solo mode enhanced: see your friends pop-up as you blow past their top score. Use Facebook OR Game Center for score sharing.
FIXED! - Lots of little tweaks and bug fixes, mainly to the mulitplayer flow.
If you're an Android user, the app has been updated to use Google Play Multiplayer. If you want to do cross-platform play, there's still the Facebook option.

If you haven't picked up Tsuro yet, now's the time. Not just because it's been updated but the app is also on sale right now for only $3 (down from it's regular $5 price tag). 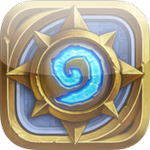 Hearthstone Set to Expand Again With New Solo Adventure
This news actually came out last week, but it's hard to gauge interest in Hearthstone: Heroes of Warcraft these days so I wasn't sure if I should include it. I know there's a lot of eye-rolling at mentions of the (still) mega-popular CCG, but then again there's that whole "mega-popular" part and Brad and I are in this for the clicks, after all...Let's start over:

Hearthstone Getting a New Expansion and The Content Will Shock You!
That's better.

In all seriousness, the solo adventure expansions are about the only things that get me excited about Hearthstone these days. I love the puzzly-ness of them, and will undoubtedly pick it up. The new one is titled One Night in Karazhan and deals with a ball being put on by the Archmage Medivh. The adventure will take place over four "wings" and will run $20. You can also buy the wings individually for $7/each. As has been the case with other solo adventures, you'll earn cards for every match you win and, in this case, that means unlocking 45 new cards by the time you're finished.

The best part is that the first wing is going live soon. Like, next week soon. Expect to see The Parlor wing go live on August 11th and the other wings following with one coming each week thereafter.