Among the best things in life is playing printed games in person with family and close friends. When those are not convenient we like iOS Board Games. News, reviews, previews, and opinions about board gaming on iPhones, iPads, iPods and even Android devices. (iPhone board games, iPad board games, iPod board games, Android board games)
Recommend

Sushi Go Coming on September 8th
Yesterday I was contacted by Michael Busheikin of Lummox Labs about their upcoming port of Gamewright's Sushi Go!. Who is Lummox Labs? Well, Michael was previously on the Button Mash Games Inc. team, helping to bring both Forbidden Island and Forbidden Desert to life, so Sushi Go! is in good hands. His missive yesterday included some new screenshots and a very big bit of news, they're planning on a September 8th release!

The digital version of Sushi Go! will have both solo play vs. an AI, local pass-and-play multiplayer, as well as online multiplayer via Game Center. Sounds like a good time for a blurb:

Universal iOS app, for iPhone and iPad
Regular price is $4.99 USD
Original game art, enhanced with adorable sushi animations, opponent characters, and an octopus chef
Local play against AI opponents
Online play with friends using Game Center
25+ Achievements to test your mettle
Michael also wanted me to thank the BGG community (that's you guys) for your help in making the app come to life. Over 600 of you applied for the beta test (far too many for Mike's inbox to handle) and there were several of you who volunteered to help translate the game into 16 languages. Great work, everyone!

Look for Sushi Go! to hit the App Store (it's iOS only) next week and for Brad to have a video up shortly thereafter. 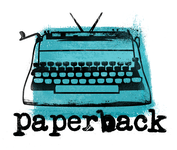 Paperback Nearly Ready for Publishing
We first mentioned a digital version of Paperback during the Kickstarter for the physical game back in 2013. Since then, we've had a few updates from designer Tim Fowers, but nothing concrete. You can imagine my surprise when I was contacted last week by Mr. Fowers indicating that the iOS/Android version of Paperback is nearly complete and should be submitting for review soon.

The initial version of Paperback will have AI for solo play as well as pass-and-play multiplayer. Tim's looking to add "async online, cooperative mode and mini-expansions based on what the fans want next," however. 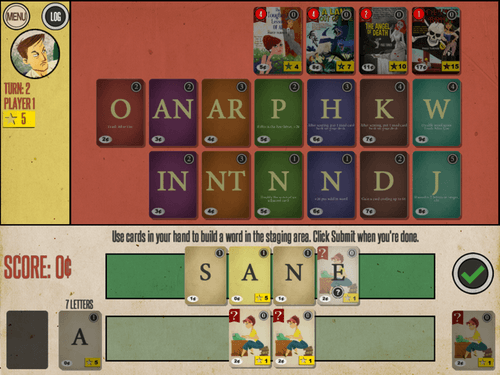 Not a lot of info, but if you like word games or deckbuilding this should excite you. Paperback is, by far, my favorite word game ever and Tim really designed a brilliant game that should be getting played a lot more than it does.

As usual, we'll pass along more info as we get it.

Warlock of Firetop Mountain Lands on Steam
While it's not technically September yet, it's close enough that I'm calling it: September 2016 is going to be the greatest month for interactive fiction ever. Pretty hot take, no? Today sees the release (for PC/Mac) of the long awaited new adaptation of the classic Book 01: The Warlock of Firetop Mountain and on September 15 we'll be getting the final volume of the Sorcery! saga from inkle Studios.

We'll talk about that one in a couple weeks (You should already be watching Brad's streaming of the series. He finished book 1 last night.) Today belongs to Tin Man Games and a healthy Steam blurb:

Tin Man Games wrote:
The Warlock of Firetop Mountain is a tabletop adventure come to life! This fantasy solo RPG combines unique, simultaneous turn-based combat with a journey that changes based on each figurine you take into Firetop Mountain! Which hero will you take into Zagor's lair THIS time?

The original 1982 Fighting Fantasy gamebook paperback, written by Ian Livingstone and Steve Jackson, has been transformed into an epic table-top adventure game, with new areas to explore, characters to meet, and of course, monsters to slay! Zagor's home assemble sright before your eyes as you travel deep into the belly of the mountain.

Each character has their own motivations for being in Firetop Mountain, changing the way the gamebook is written and choices presented. Combat is fought using the digital miniatures in a simultaneous, real-time system called GridBluff, and the game includes over 100 unique hero and monster figurines to discover.

Linux version coming soon!
I've had a chance to play a little bit of the Mac version so far and I haven't been disappointed. Fairly lush graphics and a cool 3D map immerse you in the story. There's also at least a dozen new heroes to unlock that I can see at the beginning of the game. Where are the other 80 or so? I look forward to finding out.

If you're holding out for the iOS/Android version to land, we don't have any word on a release date other than "after the Steam version". I'm going to try and pin them down for more detail, but for now that's all we have.

- The Warlock of Firetop Mountain for PC/Mac, $20 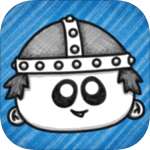 Guild of Dungeoneering for Mobile Expands
One of the standouts of 2016 thus far is actually a game that arrived in 2015 on PC/Mac. Guild of Dungeoneering is a fantastic (and addictive) game in which you send gullible brave adventurers into dungeons with the intent that they complete that level's goal but, more likely, will find themselves dead only to be replaced in your guild by another mark hero. The game has a bit of deckbuilding involved and just enough difficulty to make it maddening. It's nearly perfect.

Yesterday, the game expanded with "Pirate's Cove", and expansion that has existed on the Steam version for a bit. It adds an entire new region to explore, and more via an update:

Bugfixes:
- fixed occasional issue with cards position moving downwards each battle til they were offscreen
- fountains shown on map when resuming midquest
- fixes for Bulwark causing issues
- when in phone layout mode, traits tooltips now come up as a more usable carousel
- when viewing you gain / you lose cards in loot selection screen can now tap cards to toggle tooltip info
- fix for occasional crash when selecting different dungeoneer for quest
- fix for speech bubble appearing above top of screen
If you didn't read the blurb, you might have missed that the Pirate's Cove expansion is free. Gratis. At No Cost. I'm not sure that will always be the case, so make sure you update your version or pick it up ASAP. 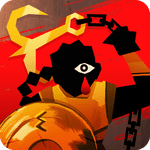 ENYO Coming to iOS/Android September 7th
What the hell is ENYO, I hear as you scroll past this part of the post. Don't! At least not until you hear who designed ENYO: Arnold Rauers! Wait, wait, no...stop! Okay, so that name doesn't ring a bell, but the fact that he's one-half of Tinytouchtales should make you at least a bit interested. Tinytouchtales designed the best mobile game of 2015, Card Crawl, and ENYO is their soon-to-be-released next project.

Unlike Card Crawl, ENYO isn't a card-based title. It's a hook-and-shield roguelike (I say, as if we should all know what that means). Let me have Arnold explain:

Grab your hook & shield and descent as Enyo, the greek goddess of war,
into an ever changing labyrinth to recover 3 legendary artifacts.
ENYO's gameplay is based on the idea of indirect combat.
Enemies can only be defeated by pushing or pulling them into burning lava pits or deadly spiked walls.

ENYO is perfectly suited for one handed mobile play and with it’s core of highly tactical turn based battles
it’s a great fit for fans of the strategy genre.
Hey! I'm a fan of the strategy genre, and I bet you are too. Lucky for us, ENYO is hitting iOS and Android next week on September 7th. It will be a free app with ads, and a $2 IAP to remove ads and unlock the full game which includes a Daily Mode. If it's anything like Card Crawl's Daily Dungeon, prepare yourself for an addicting ride. 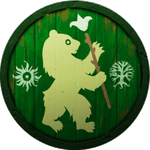 Armello Expands Again with The Usurpers
Armello is an original digital board game that was released for PC/Mac and consoles last year. League of Geeks assures us that it's coming to tablets next year, and when it does it will have a bunch of new content available. More of that new content arrived for the Steam/console version yesterday. It's an expansion pack called The Usurpers and it includes four new playable heroes and four new rings.

NEW RINGS
Tanzanite, Rainbow Quartz, Rubellite, Aquamarine.
Armello puts each player into a furry costume and has you vying for control of a kingdom under the thumb of a mad king who's dying of something called Rot. You can kill him yourself or be the one with the most prestige when he keels off on his own to win the game. Along the way you can explore dungeons, battle creatures (and other players), and find all manner of goodies. It's an excellent game and more content can only make it better.

Even better, right now Armello is on sale for 25% off. That means you can snag it for only $15.