Welcome...to my Shed!
Patron Badge for 2004, 2011 through 2018, 2020 through 2021
I sort-of (as in 'completely') got distracted mid-December and tailed off (as in 'totally stopped') with the Brettspiel Adventskalender 2016 reveal/review/commentary bizniz. However, as I was clearing away the cardboard detritus of th'aforementioned festive, fenestration-based fun-baggery this morning, I remembered that I had a few unpublished photos from that fallow period and thought it best to post 'em up regardless.

My therapist* says that 'closure' is very important in this instance: 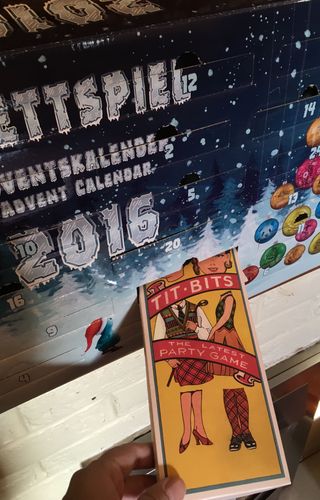 Amidst all those mini-expansions and promo cards, there was a whole, actual game! 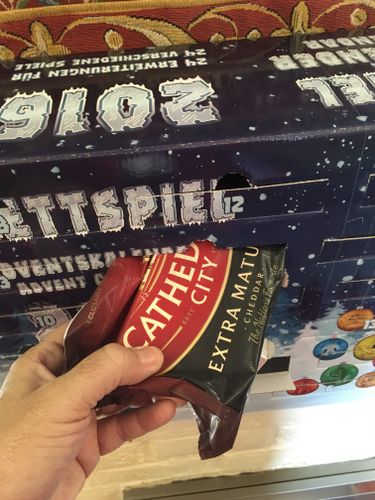 Mmmmm! Extra mature! Delicious, if a little 'bouncy' due to the warmth of the house. 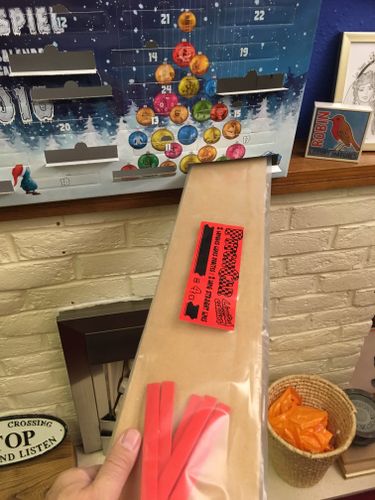 Wow! An entire PitchCar expansion; they're really clever with the packaging at Ludofact, aren't they?! 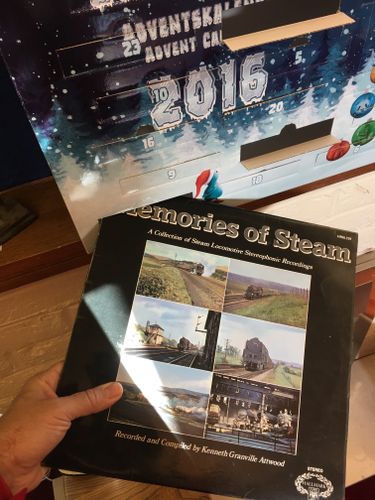 If I didn't know any better, I'd think they designed the Kalendar just for little ole me! 45 minutes of chuffing, puffing and squealing...and a vinyl LP of train noises too! 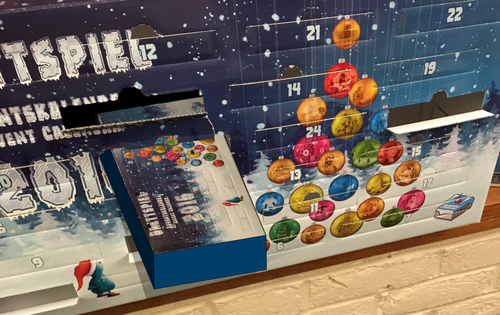 What a treat, eh? I think you'd better put your pre-order for the 2017 edition double-quick (and I hear Stefan Feld is interested in secreting himself in window 12)!

*a stuffed, black, cuddly sealion with one eye that 'sleeps' by my bed